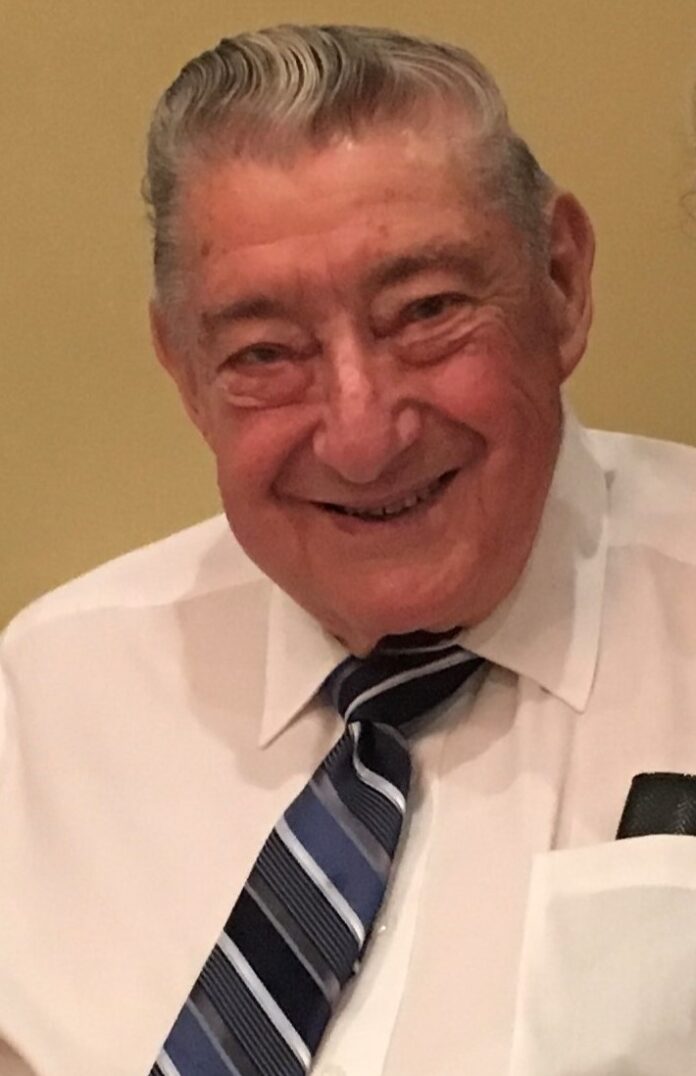 He was the husband of the late Mary E. “Sis” (Quinn) Sullivan.

Born in Newport, RI, on August 24, 1936 he was the son of the late Michael F. and Carrie (Frederick) Sullivan.

Fred attended St. Mary’s School, Rogers High School and Salve Regina College from 70-73. He served in the U.S. Marines Corps during the Korean War Era. In his early years he worked for JT O’Connell’s and Stop & Shop Supermarkets. He retired from Raytheon in Portsmouth, RI in 1998 after 31 years. Fred enjoyed gardening, woodworking, walking on First Beach and spending time with his family, especially his grandchildren. In 2012, Fred won the Newport’s Mercury Favorite Sullivan, but to his family, he has always been theirs. He was a member of the Marine Corps League, a Founding Member of the Friendly Sons of Newport, Fort Adams Trust, AARP and the Preservation Society of Newport. Fred was a communicant of Jesus Saviour Church.

In addition to his children and grandchildren he leaves behind his brother, Michael J. Sullivan of Newport, and his sister Marilyn “Happy” Bunnewith of Newport and several nieces and nephews.

He was the father-in-law of the late Robert J. Ferris Jr. and brother of the late James P. Sullivan

A Memorial Mass will be celebrated at Jesus Saviour Church when we are able to come together to celebrate his life. His burial will be private.

Relatives and friends are welcome to offer condolences to his family by signing Mr. Sullivan’s digital guestbook at www.memorialfuneralhome.com

In lieu of flowers, memorial donations may be made to Jesus Saviour Church, One Vernon Avenue, Newport, RI 02840.