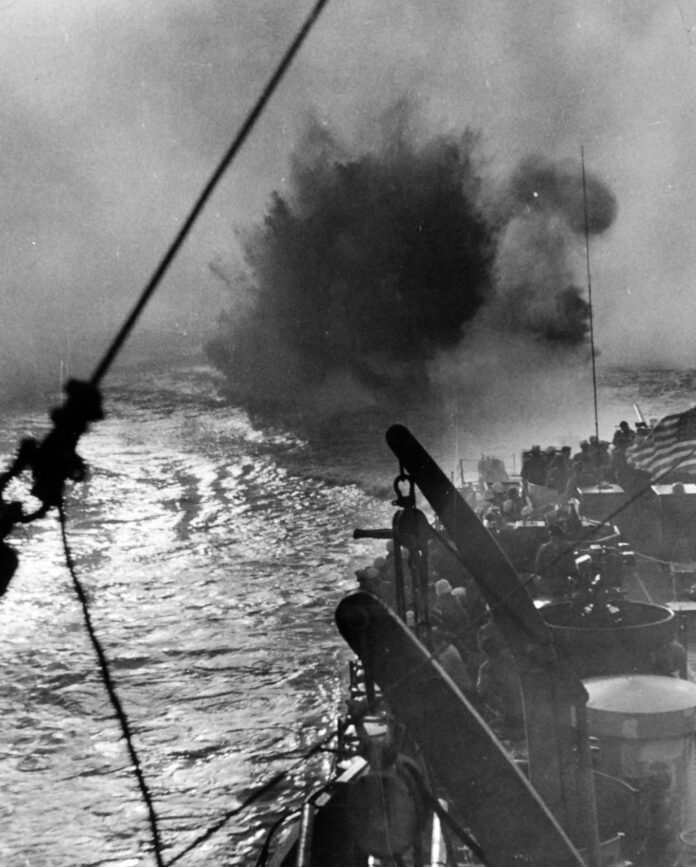 As we struggle with the coronavirus, it’s common to hear people say this is our toughest fight since World War II.

Coincidentally, it’s been 75 years since an actual World War II battle played out within sight of our shores, and reminders of it still exist in Newport and off Narragansett.

On May 5, 1945, with the end of the War in Europe just two days away and with cease-fire orders already issued by the Nazi government, the German submarine U-853 attacked the coal carrier Black Point a few miles off Point Judith.

Hitler was already dead and the formal surrender signings were scheduled for May 7, but the sub’s commander, 24-year-old Lt. Helmut Frömsdorf, either didn’t get the order to quit or decided to ignore it.

His vessel was among dozens of U-boats that had been prowling the Atlantic Coast, sinking hundreds of allied merchant ships. Just two weeks before attacking the Black Point, U-853 sank an American patrol boat off Maine, killing 49 of its 62 crewmen.

Frömsdorf gave the order to fire on the Black Point late in the afternoon; torpedoes hit the lumbering, Boston-bound collier with deadly force, blowing off the entire stern. It took just 25 minutes for the ship to roll over and sink, taking down 12 of her 46 crew. The 34 survivors were variously taken either to Newport or the Point Judith Lifesaving Station.

A passing freighter sent an SOS that sparked a search, and a furious depth-charge counterattack by U.S. naval forces sent U-853 and its 55 seamen to the bottom, 125 feet down.

An account of the incident in Naval History Magazine relates, “One can only imagine the scene inside the sub… The temperature of the hot, fetid air would be going up. Light-bulbs were broken, glass gauge faces were cracked and leaks may have appeared. The sweating crew waited in fear for the next jarring explosion.”

Inevitably, the death blow came. By midnight, military searchlights scanning the water revealed bubbles and debris – sailor caps, rations, a mattress. In the morning, an oil slick coated the surface.

Jamestown historian Walter Schroder wrote that a diver who went down after the chase saw the sub lying on its side with its hull split open and the crew entombed inside.

The sub has been a destination for recreational divers since the early ‘50s, a few of whom died exploring the wreck. In 1960, a diver brought up remains of a crewman, which provoked criticism from the German government, local clergy, and others.

The skeleton was buried with full military honors in Newport’s private Island Cemetery Annex off Van Zandt Avenue. The simple stone, engraved only in German, reads, “An unknown German seaman from U-853.”

Today, the 252-foot sub is considered a war grave whose contents should not be disturbed.

In his book “U-Boats in New England,” military historian and author Eric Wiberg – who spends considerable time in Newport – wrote, “The Black Point goes down in history as the final American vessel and the last ship sunk in American waters by a German U-boat in World War II.”

The U-853 had pressed its luck more than once with brash and deadly forays off our East Coast before its luck ran out off Point Judith.

Until that long-ago day in May, the killer sub had lived up to its original billing: When it was commissioned in 1943, Germans nicknamed it der Seiltänzer – the tightrope walker.

Gerry Goldstein (gerryg76@verizon.net), an occasional contributor to What’s Up Newp and What’s Up Rhode Island, is a retired Providence Journal editor and columnist who has been writing for Rhode Island newspapers and magazines for 60 years. 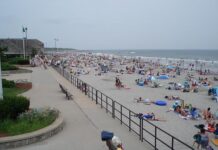