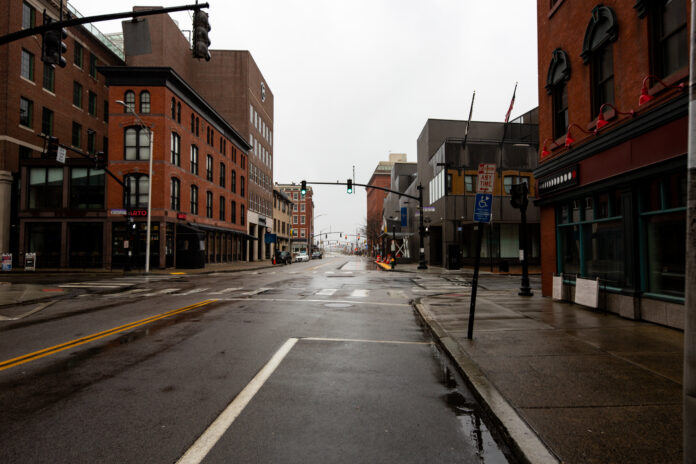 With the U.S. stock market having lost over 20 percent of its value and the U.S. government passing a historic $2 trillion stimulus package, WalletHub today released a report on the State Economies Most Exposed to Coronavirus.

The report says Rhode Island’s economy is the second most exposed to coronavirus.

To identify which states are most vulnerable economically, WalletHub writes that they “compared the 50 states and the District of Columbia across 10 key metrics. The data set ranges from the share of employment by small businesses to the share of a state’s GDP coming from highly affected industries and increases in unemployment insurance claims”.

WalletHub Has Provided The Following Q&A

What’s the fastest way for state economies to rebound?

“Based on what has played out in other countries, the answer is pretty obvious: We need a very aggressive federal lockdown for as long as necessary to bring new infections down to near-zero levels. At the same time, we need to massively ramp up the production of N95 masks so that the general public can wear them whenever leaving the home. We also need to provide significant assistance to small businesses and consumers throughout. If we can manage that, we could have coronavirus in the rearview mirror by summertime,” said WalletHub CEO Odysseas Papadimitriou.

Why does Louisiana have the most exposed economy?

“Louisiana’s economy is most exposed to coronavirus hardship because it has a high share of employment from impacted industries, including tourism and oil, and one of the worst infrastructures for working from home,” said WalletHub analyst Jill Gonzalez. “The state is also emerging as one of the country’s COVID-19 hotspots, particularly New Orleans.”

Why does Georgia have the least exposed economy?

“Georgia’s economy is less exposed to ill-effects from the coronavirus than any other state because it has one of the smallest shares of employment from small businesses. It also had the second lowest unemployment increase so far,” said WalletHub analyst Jill Gonzalez. “Major events like the Masters being postponed will definitely hurt areas of the state such as Augusta, but Georgia is in better shape than other states overall.”

“This pandemic has hit a number of industries so hard that they are furloughing at least 90 percent of their employees and going to zero revenue. Some states have a higher concentration of jobs in those industries or a higher share of state GDP from those industries than others,” said WalletHub analyst Jill Gonzalez. “WalletHub’s study used 10 core metrics to measure the impact of COVID-19 on state economies, with the most weight going to the share of each state’s GDP and workforce that are from highly affected industries, along with the rate at which initial unemployment insurance claims are being made. Highly affected industries include accommodation and food services; arts, entertainment and recreation services; retail businesses and others.”

To view the full report and your state’s rank, visit:
https://wallethub.com/edu/state-economies-most-exposed-to-coronavirus/72631/