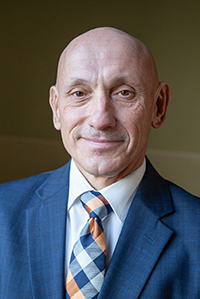 Rhode Islanders expect and deserve a resilient and reliable energy system. It is absolutely essential that natural gas and electricity transmission and distribution infrastructure be able to handle the job. The critical importance of our energy infrastructure was never more apparent than on January 21, 2019. On that fateful day approximately 7,500 Aquidneck Island natural gas customers, including over 10,000 individuals and businesses, were without natural gas. We, the state of RI, let them down as both our transmission and distribution systems were not robust enough to operate through the multiple system failures.

The failures resulted in many individuals being forced from their homes for days and in some cases weeks due to damages.  Many of the most vulnerable in our community – individuals with intellectual/developmental disabilities, children in the care of the state, homebound seniors and those living in nursing homes were placed at risk and evacuated from their residences.  Additionally, many businesses were negatively impacted.

Upon review of the RI DPUC and US PHMSA reports regarding the infrastructure system failures, I am not convinced the January 21st event could not re-occur.  Among other factors, the main causes of the outage were two sequential system failures.  One was the malfunction of a flow valve on the interstate pipeline system owned by Enbridge, caused by incorrect programming of the valve control system.  The other a failure of an uninterruptible power supply at the National Grid Fields Point facility – not so uninterruptible after all, as it turns out – that was vaporizing gas into the distribution system in Providence.

We are left to ask what other vulnerabilities exist in the natural gas infrastructure systems?

To answer this question and fulfill our obligation to our constituents, the RI Senate unanimously passed a Senate Resolution Creating a Special Legislative Commission to Study and Evaluate RI’s Electric and Natural Gas Transmission and Distribution System Infrastructure. While we need to continue to increase our velocity to become more energy efficient and increase our investment in renewable energy sources, doing so doesn’t obviate the requirement that we ensure our system infrastructure is reliable and resilient.

The Commission, which is about to start, will begin with a comprehensive understanding of the system infrastructure’s current state, including any known and highly probable single points of failure. Next, we will focus on defining the desired future state for the system infrastructure, ensuring we account for vulnerabilities, including cybersecurity threats. The next logical step will be to determine the action required, short-term and long-term, to realize the desired future state.

While this will take time to achieve, we need to ensure those who own the state’s electric and natural gas distribution systems are appropriately prepared to respond to a situation like what occurred on January 21, 2019.  To that end, I’m sponsoring Lieutenant Governor Dan McKee’s legislation which requires electric and natural gas distribution companies conducting business in RI to annually submit to the DPUC an emergency response plan for review and approval. It also authorizes the assessment of penalties to each investor-owned electric and gas distribution company that fails to comply with the DPUC’s requirements for responding to and restoring utility service to customers.  The Governor’s proposed FY2021 budget includes the Utility Service Restoration Act (URA) which shares a similar purpose and provides a more comprehensive regulatory framework, including a focus on the underlying causes of outages in order to reduce and/or prevent future service interruptions.

It is critically important RI’s electric and natural gas transmission and distribution system is reliable and resilient.  All Rhode Islanders expect and deserve it. The time to act is now!