These are two very gutsy women who helped frame the history of our great country:

As First Lady she would hold press conferences at the White House for women reporters only; except back then there were no women reporters, only men!  Eleanor Roosevelt forced newspapers to hire women reporters if they wanted to cover the First Lady of the While House. Pretty progressive for the 1930s!

As a former broadcaster and reporter, I always appreciate women who came before me and helped to clear the path.

When I began my career in radio broadcasting for CBS in Boston there were not a lot of women.  I was one of only two women on-air at the time. There was a lot of sexism in the ‘80s and ‘90s in broadcasting.   I was a young 23-year-old broadcaster who had a saucy, ‘take no prisoners’ attitude. My Program Director at the time found that refreshing so he gave me a chance to work on-air in Boston, the number five market in the country.  He came into the studio and said to me, ‘you’re # 1 in the ratings with Women 25-54 and you’re not even in the demo! He and I are still great friends today – thirty years later!

What advice would you give to a young woman starting out on her career?

Follow your heart.  Don’t let anyone tell you that you can’t do something because they’re probably talking about what they cannot do!  In matters of principle, stand like a rock; don’t be afraid to take risks, carve out a position, and act boldly. The world needs you!

What’s Up Podcast: Conversations and moments from Newport, R.I., and beyond 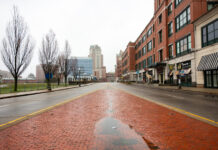 Photo Gallery: Sunday Morning around Providence in the shadow of the COVID-19 pandemic 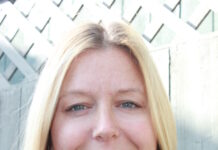 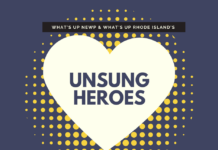 COVID-19: We want to hear about the ‘unsung heroes’ during these tough times 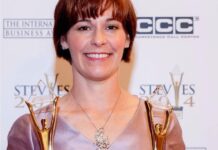