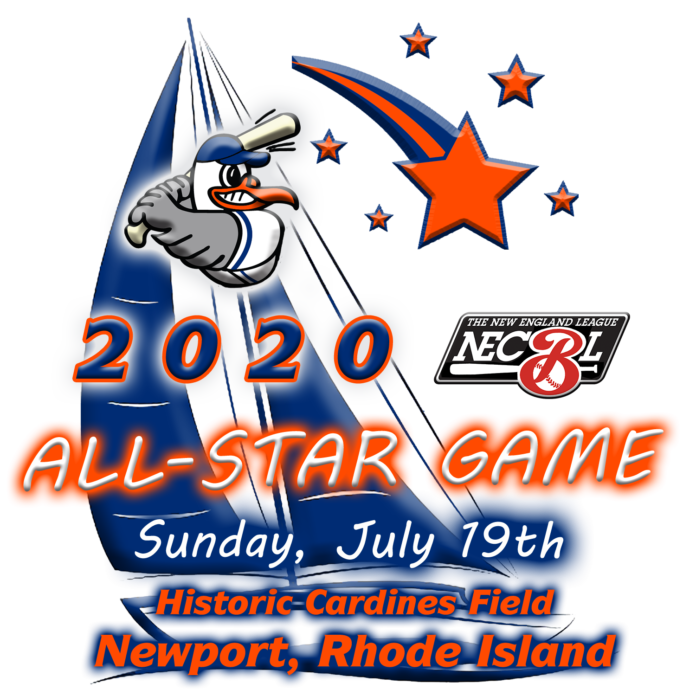 There will be extra baseball played in Newport this year.

This is the fourth time the Newport Gulls, NECBL’s most successful franchise, is hosting the event and first since 2016. Teams will represent the NECBL North and South Division during the All-Star Game played at night while a representative from each of the NECBL

Thirteen teams will display their power during an afternoon Home Run Derby.

“We are honored and excited to be hosting the premier event of the summer, the 2020 NECBL All Star game. It is always a special day for the NECBL, Newport Gulls, the City of Newport and our fans.” said Gulls President and General Manager Chuck Paiva in a press release provided to What’s Up Newp today. Paiva continued to say, “This year’s All-Star game is timely and will be special as we are celebrating our 20th Year Anniversary of the Newport Gulls in the City by the Sea.”

According to the press release, the All-Star Game gathers the league’s top performers together to play in front of scouts and representatives of every Major League Baseball team. A roster of 29 players are selected by Field Managers of each of the league’s 13 teams one week prior to the All-Star Game. NECBL fans will have the opportunity to have their voices heard as the final player for the North and South will be voted on by the fans via an online forum.

In 2016, a sellout crowd of 3,116 fans and over 100 scouts flocked to Cardines Field for the event that ended in an 8-8 tie. Gulls GM Chuck Paiva stated, “This will be our 4th time hosting the All-Star Game and it is very special to see all of the future major league ball players and Major League Scouts at Cardines Field.” The organization expects another capacity crowd on-hand to join in the day of festivities.

Tickets will cost $5.00 and are available at the Newport Gulls Box Office on Game Nights throughout the 2020 season or by contacting the Gulls Front Office at 401-845-6832 or by email at operations@newportgulls.com