rhymeCulture is known for bringing quality underground Hip Hop events to the Rhode Island area and beyond for more than a decade. They’ll be celebrating the holiday season with an anniversary party at Newport Blues Cafe on Thursday 12/19/19. This organization has successfully worked with thousands of artists over the years by providing an open platform for people to express themselves creatively. They have most recently been involved with the sold-out KRS-One and Rakim events at the Blues Cafe.

Chachi Carvalho is headlining this special event along with DJ Cadillac Jack. Chachi recently announced his candidacy for mayor of Pawtucket and was the 2014 Cape Verdean Music Award Winner for Best Hip Hop act. Brief rhymeCulture All-Star appearances and an open cypher at the end of the night round out the live performances. Classic Hip Hop music provided by DJ Donnie Battle and DJ D-Napp throughout the night. 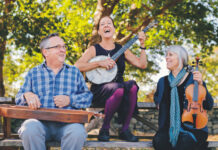