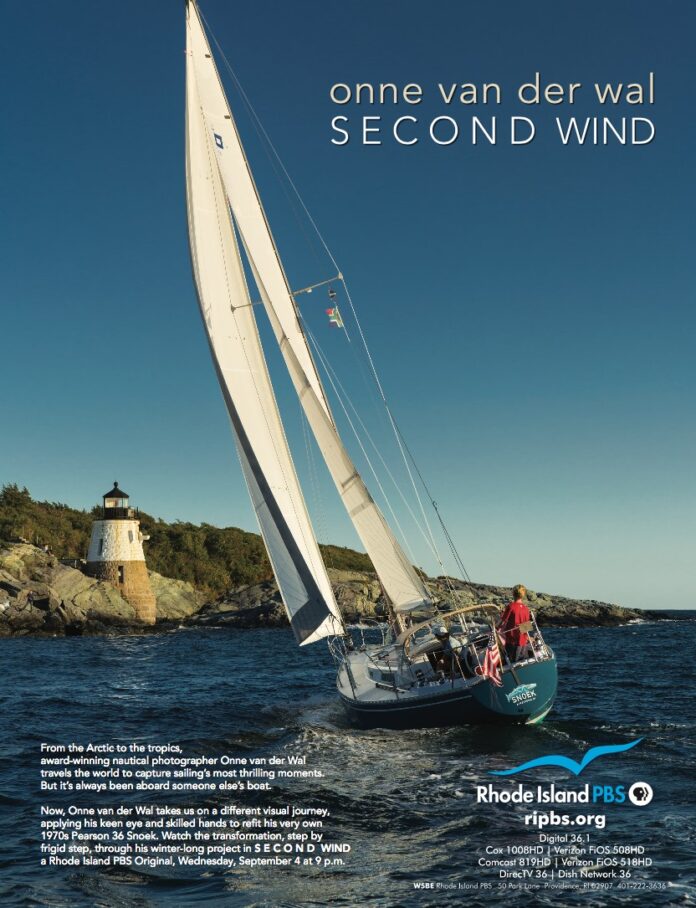 The Rhode Island PBS Original documentary is described as “The documentary profiles Onne van der Wal personal journey from sailor to photographer, and highlights his solo refit of his Pearson 36, Snoek, named for the fish he caught as a child. The film demonstrates Onne’s ingenuity, instinct, and tenacity, masterfully applying his training and natural skill to finish the winter project in time to enjoy the Rhode Island sailing season with his family”.

This film was produced by Eric Thorkilsen from This Old House Ventures and directed by Thom Draudt. The presenting station is Rhode Island PBS.