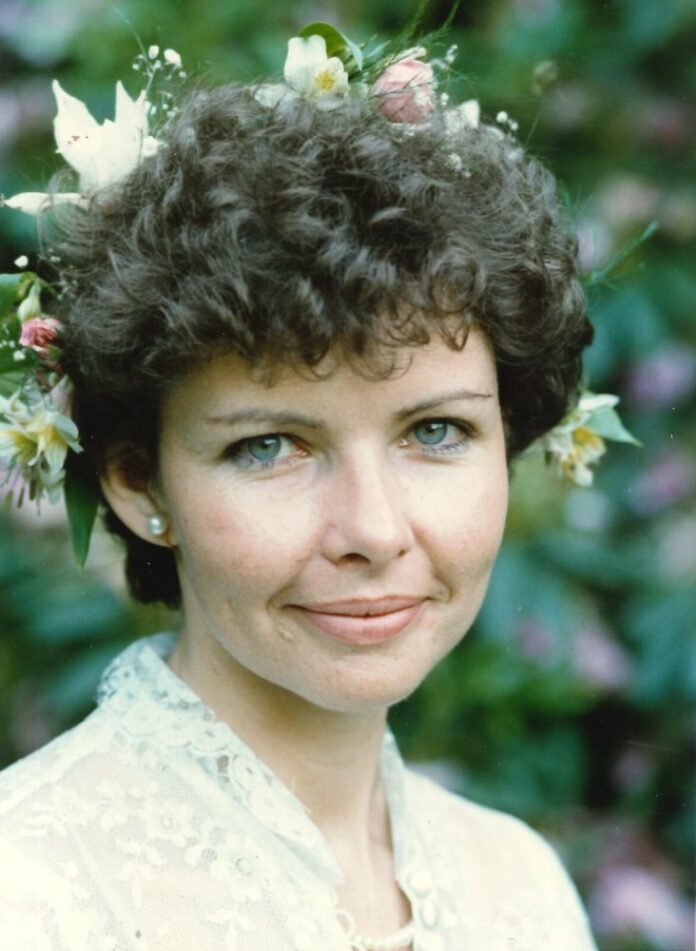 Mary T. (Nicholson) Sampson of Middletown, RI, wife of Craig S. Sampson, passed away in Middletown on September 14, 2019. Born in Newport on October 17, 1958, she was the daughter of the late Joseph J. Nicholson, Sr. and Dorothy M. (Reilly) Nicholson.

Mary was a 1976 graduate of Rogers High School, a 1980 graduate of Wellesley College and a 1985 graduate of Case Western Reserve University School of Law, where she and Craig met. Mary and Craig were married on June 14, 1986 at St. Joseph’s Church, Newport.

Mary practiced law at Robinson & Cole, Hartford, CT before returning to Newport in 1991. She then practiced at Bruns & Associates before serving for many years in the chambers of the Honorable Bruce M. Selya, Senior Justice of the United States Court of Appeals for the First Circuit.

An avid reader and Third Beach enthusiast, Mary believed that almost anything could be cured by a dip in the ocean, and some sand between your toes.

In addition to her husband, Craig, Mary is survived by her son, Patrick N. Sampson, Esq. and daughter, Claire R. Sampson, both of Newport, her sister, Dr. Dorothy M. Nicholson of Arlington, VA, her brother,

The family would like to thank Dr. Nancy Lin and Christine Agius, NP., of the Dana-Farber Cancer Institute as well as the staff of the Tower 12C oncology unit at Brigham and Women’s Hospital for the outstanding care provided to Mary.

Visiting hours will be held from 4-7 pm on Thursday, September 19, 2019, in the O’Neill-Hayes Funeral Home, 465 Spring Street, Newport, RI. A Mass of Christian Burial will be celebrated on Friday,

In lieu of flowers, the family suggest that donations may be made to the St. Vincent de Paul Society of St, Joseph’s Church, 5 Mann Ave, Newport, RI 02840 or to Save A Lab Rescue, www.savealabrescue.org, 4319 Gray Bluff Court, Greensboro, NC 27410.To send flowers to the family of Mary Sampson, please visit Tribute Store