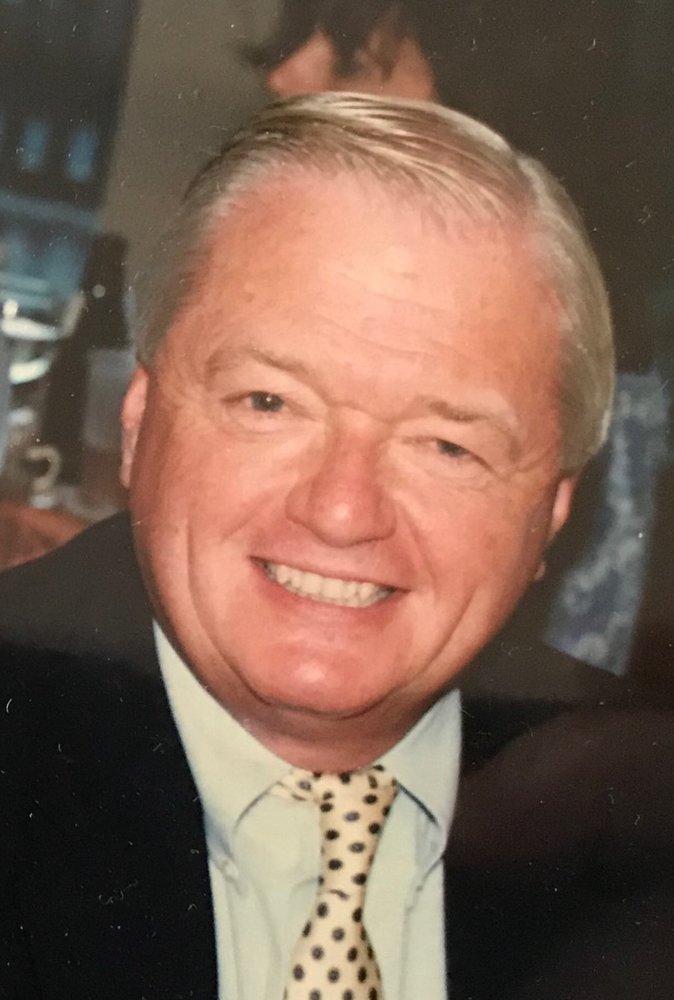 Martin Leeson Curtis, 86, of Portsmouth RI, formerly of Newport’s Fifth Ward, passed away peacefully on September 11, 2019 surrounded by his family. Martin was born on April 3rd, 1933 to the late Thomas and Mae Curtis.

Martin was the beloved husband of Claire E. Curtis (Randall) whom he was happily married to for 63 plus years. He graduated from Rogers High School with the Class of 51 and received his bachelor’s degree from Bryant College. He was a veteran of the Army serving during the Korean War. In 1957, he started his distinguished 41 year career with the Short Line Bus Company, which would later become Bonanza Bus Lines. He held several positions in the Finance Department to which he was eventually named Vice President of Finance.

Through his life he was involved in various groups and programs which supported the community. He was a past lector and member of the choir at St. Augustin’s Church in Newport. Along with his wife, he was involved in pre-marital counseling and the Search for Maturity Program, that was offered to all local high school kids back in the seventies and early eighties. He found the Search Program to be as rewarding as anything he was ever involved in. He was a member in the RI Business Mentor Program, served on the board of Gooseberry Beach as Treasurer on multiple occasions and offered his services at the Newport Public Library to help people with their taxes. In all these endeavors he always exhibited the characteristics that made him the man he was, kindness and compassion.

In retirement he enjoyed taking frequent walks with his wife, cooking, gardening, exercise work outs firmly directed by his youngest daughter, Friday night dinner at the La Forge and of course, long days at Gooseberry Beach, where he enjoyed time with his children and grandchildren, as well as close friends.

Besides his wife, Martin is survived by his children, Susan O’Connor (Kevin) of Portsmouth, David Curtis (Sandy) of Middletown, Stephen Curtis of Newport, Jeffery Curtis (Ginny) of Middletown and Martina Aldrich (Bruce) of Middletown. He also leaves his grandchildren Morgan, Taylor, Michael, Claire and Samantha, his brother Alexander (Al) Curtis, his sister in law Eula Curtis and brother in law Gerald (Gerry) Randall, along with several nieces and nephews. He was predeceased by his eldest daughter Cathy and brother Thomas (Tom) Curtis.

Visiting hours will be held on Monday September 16th, 2019 from 4:00pm to 7:00pm at the O’Neill-Hayes Funeral Home, 465 Spring Street, Newport RI. His funeral with be held at 9:00 am on Tuesday September 17th at St Lucy’s Church, 909 West Main Road in Middletown. Burial will be at the St. Columba Cemetery, 465 Brown’s Lane, Middletown.

The family would also like to thank the staff at the Village House for their support and care over the last several months, as well as the Hospice team who supported him and his family.

In lieu of flowers, donations can be made to the Alzheimer’s Association www.alz.org or Visiting Nurse Home and Hospice,1184 East Main Road, Portsmouth RI 02871.

The family is now in the process of changing the sign on his garage, from Gone to Gooseberry to Gone to Heaven.To send flowers to the family of Martin Curtis, please visit Tribute Store