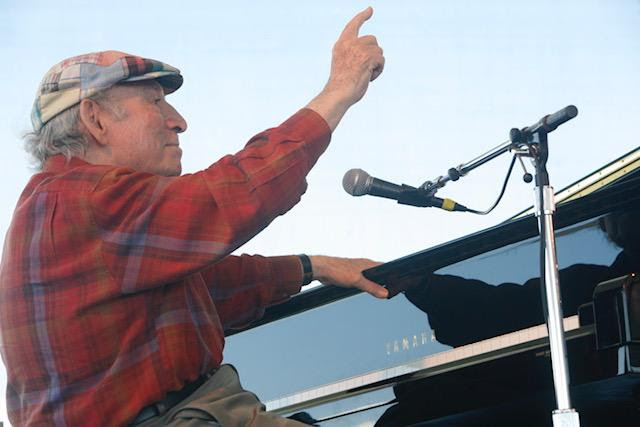 George Wein is known the world over as producer and co-founder of the Newport Jazz and Folk Festivals, but it is playing the piano that first stole his heart nearly nine decades ago.

Newport Festivals Foundation (NFF) announced today that they will present George Wein in One More Once, a free Bridgefest concert in celebration of his life as a musician and his love for Newport, on Thursday, August 1, 6:30 pm, on the Quad Stage at Fort Adams State Park.

Wein has invited Newport Jazz Festival Artistic Director Christian McBride to join him, along with the Newport Jazz Assembly Band, which NFF has presented in 65 concerts at public schools throughout Rhode Island.

“As I approach my 94th birthday, with hearing and mobility making it difficult for me to perform on the stage as a jazz musician, I’m going to give it One More Once,” said Wein in a press release provided by Newport Festivals Foundation.“I borrowed the title for the concert from my late friend Count Basie, who used to say this phrase whenever a fan would request an encore performance of ‘April in Paris.’ I haven’t played in public for a few years, but the urge is always with me.  At my previous Newport concerts, people had to pay to attend the festival. Newport and the state of Rhode Island have been good to me, which is why I want to offer this evening free to the people who mean so much to me and to the city that changed my life forever.”

Producer of thousands of memorable events in Newport and around the world, Wein hints that “there may be a few surprises” in store for attendees.  “I remember being very pleasantly surprised in the 60s when the great drummer Buddy Rich and the top baritone saxophonist, Gerry Mulligan, asked if they could sit in with me,” said Wein. “The concert was recorded and turned out to be one of the most notable events in my career.”

The music impresario began playing piano as a child and fondly recalls performing in steamy clubs for $2.00 a night when he was in high school … playing seven nights and Sunday afternoons with Pee Wee Russell, Max Kaminsky and Edmond Hall while in college … and maintaining his sanity in the Army by playing dance music for the officers. Wein went on to own and operate Storyville, the famed Boston jazz club, where he hired and often performed with renowned musicians and where Louis and Elaine Lorillard came to enjoy the music and later tapped Wein to create a summer jazz event that became the Newport Jazz Festival in 1954.

As Wein moved into producing jazz festivals, he continued playing piano. His band, the Newport All-Stars, featured many of the greatest musicians in the history of jazz. “It was an honor and a privilege to play with Buddy Rich and Gerry Mulligan, as well as jazz greats Doc Cheatham, Oliver Jackson, Slam Stewart, Warren Vaché, Scott Hamilton, Randy Brecker, Lew Tabackin and young stars including Esperanza Spalding and Anat Cohen,” said Wein.

The members of the Newport Jazz Assembly Band are:  Ben Marcoux on tenor sax and clarinet, Joshua Bruneau on trumpet, Jimmy O’Connell on trombone, Keith Brown on piano, Alex Tremblay on bass, Tony Davis on guitar and Mike Camacho on drums.

Wein, who most recently performed at the Newport Jazz Festival in 2010 and 2012, said, “I’m looking forward to giving it One More Once with Christian McBride and the Jazz Assembly Band on August 1. It is fitting that I take my bow doing what I enjoy most in a city that I love dearly.”

Although the event is free, Newport Festivals Foundation asks that music fans RSVP at ONE MORE ONCE RSVP. Concert-goers are invited to bring a picnic basket or enjoy refreshments from area Food Trucks.

Join Newport Festivals Foundation in celebrating the man who started it all and help make this the biggest George Wein concert ever.

PRE-CONCERT RECEPTIONThere will be a limited number of $75.00 tickets (fully tax deductible) sold for a pre-concert reception at the Newport Festivals Museum at Fort Adams State Park where Jay Sweet, Newport Festivals Executive Producer, will give a brief talk on plans for the Museum.

The pre-concert reception has been graciously underwritten by the Kapoor Family.

George Wein’sOne More Once is a 2019 Bridgefest event. For more information on the annual celebration of music that takes place between the Folk and Jazz Festivals (July 29 – August 1), please visit www.newportbridgefest.com. 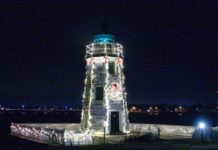 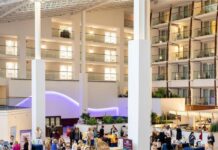 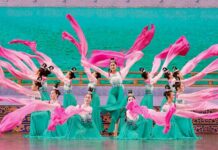 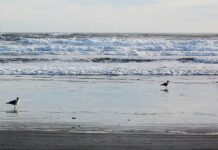