Career Day offers an opportunity to make new connections, search for a job, and get inspired by exploring new career paths,” said IYRS Director of Program & Career Development Holly Ashton, adding that a workshop also has been included for developing a  job hunting strategy, writing a resume and approaching employers. “The event has significantly transformed from what began as a simple networking event to something of much bigger substance, particularly when it comes to the number of exhibitors and their goals associated with attending.”

This year, Ashton expects 45+ companies, the majority of which have open positions. The positions range from entry-level to skilled trades positions, and some of the larger companies may have sales, marketing, and management positions available.

Ashton cited the example of Joe Mariani as a Career Day success story; 10 years ago, he got his first job in the industry when he was hired by Andy Tyska from Bristol Marine. Today, he is Assistant General Manager at Safe Harbor Cowesett Marina in Warwick and serves on the RIMTA Education & Training Committee.

“Rhode Island is a small state where the marine industry plays a huge part, and all the big players are represented at Career Day,” said Mariani. “The toughest part of job hunting is calling and emailing and trying to get an appointment; this fast-tracks you to that point where you make a face-to-face connection, shake hands and present your resume.”

Mariani was just out of college, looking for general yard work, when Tyska saw by his resume that he had the qualifications to run an environmental clean-up company (Clean Bays) with which he was involved. “It was a fun job that allowed me to make connections,” said Mariani, who eventually began working for Brewer Yacht Yards, now owned by Safe Harbor.

Tyska said Bristol Marine has participated in the job fair for the last 13 years. “Wherever you are in your career, it’s worth attending,” he said. “It gives everyone the opportunity to connect with IYRS as an educational institution – to learn more about the curriculum and programming – as well as meet with industry leaders to understand the skills they are looking for.”

At this year’s Career Day, Bristol Marine will be looking to fill positions for general boatyard workers, boatwrights, painters, and marine systems technicians, among others. Jobs listed by additional 2019 exhibitors run the gamut from yacht captains, deck hands and riggers to computer-aided design programmers.

Career Day starts with the aforementioned job hunting workshop at 9:00 a.m. and is followed by the main event from 9:30 to noon and “flash talks” from noon to 1 p.m. All activities take place at IYRS’s Restoration Hall, 449 Thames Street. Admission is free for both job seekers and exhibitors, and the public is welcome to attend. Attendees are asked to register atwww.iyrscareerday.com. 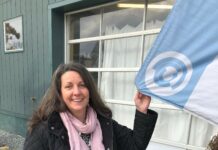 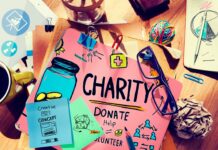 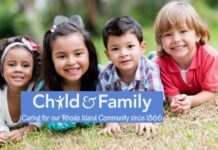