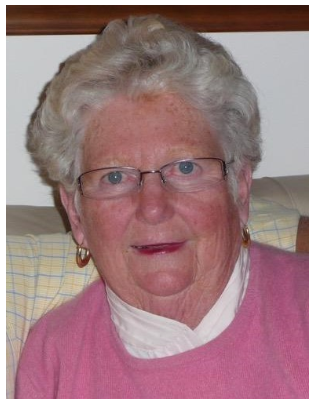 Mary Ann (Larkin) Sullivan, 82 of Newport, RI, passed away peacefully on Tuesday, January 29, 2019. Mary Ann was born on April 3, 1936 in Great Barrington, Massachusetts. She was the daughter of the late Edward T. Larkin and Evelyn (Conwell) Larkin, and wife of the late James J. Sullivan.

Mary Ann graduated from Searles High School in Great Barrington, MA in 1954. She attended Northeastern University and trained at St. Elizabeth’s Hospital in Boston to become an Xray Technician. Upon graduation, she returned to Great Barrington to work at Fairview Hospital for the next 29 years. After retiring from the hospital, Mary Ann embarked on several different career endeavors. She worked at Morton Jewelers in Great Barrington until the business closed its doors, then moved on to become the Postmistress at Berkshire School in Egremont, MA, and became a Justice of the Peace.

While in Great Barrington, Mary Ann and Jim raised their 3 daughters, taught them all to ski by the age of 3, became frequent attendees of Tanglewood for concerts on the lawn, played golf, and took in everything that living in the Berkshires had to offer. She was a dedicated daughter, wife, mother, grandmother, organizer and party planner. If there was a committee, Mary Ann was on it. She donated her time and talents as a member of St. Peter’s Church, the Thursday Morning Club, the Alford Garden Club, as a Girl Scout leader, and a swimming instructor. She knit bandages for the lepers, and sweaters for everyone who had a new baby.

Mary Ann and Jim moved to Newport, RI in 1996, where she continued her life of dedication to her grandchildren whom she adored, and to her community. She was very active in St. Joseph’s Church, where she served on the Parish Council, as a volunteer at the Soup Kitchen, as a Eucharistic Minister at St. Joseph’s and Newport Hospital, and as Chairwoman of the Church Fair and Rummage Sale. She was a member of the Newport Hospital Auxiliary, the Seaside Garden Club, the Top of the Hill neighborhood dinner group, Newport Preservation Society, Friends of the Waterfront, Friends of Rose Island Lighthouse, the Red Hat Society, Leisure Ladies of Pocasset Golf Club, and the Jamestown Gulls Ladies Golf Club. Her love for designing and knitting sweaters continued, donating her creations to Lucy’s Hearth, the Newport Hospital Gift Shop and any fundraiser that came her way. Mary Ann and Jim enjoyed nearly 22 years of retirement together, which provided them the opportunity to travel extensively, play lots of golf, winter in Anna Maria Island, Florida, and spend time with their 8 grandchildren, family and friends.

She was preceded in death by her husband of 62 years, James J. Sullivan in November, 2017, and by her sisters, Evelyn R. Larkin and Nan Jane Richards and her brother Joseph Larkin.

A Mass of Christian burial will be held on Friday, February 8, 2019 at 9:30 a.m. at St. Joseph’s Church, Broadway and Mann Avenue, Newport, RI. Burial will be private.

In lieu of flowers, memorial donations may be made to the Village House Activities Department, 70 Harrison Avenue, Newport, RI. 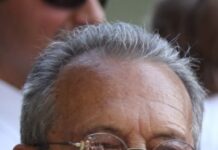 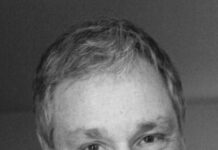 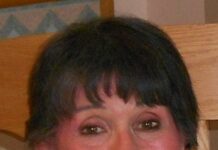 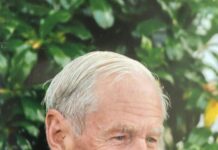 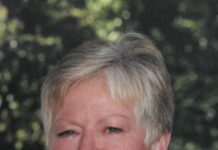 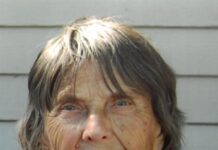