We are being conned by a group of Rhode Island politicians. Efforts to bring the National Sailing Hall of Fame to Newport go back 2009. From the (Annapolis) Capital Gazette Feb. 8, 2017: “In 2009…Mayor Jeanne-Marie Napolitano told me Newport turned down the NSHOF because she and the city council recognized that their city would be on the hook to financially support the museum for the rest of its life and they didn’t feel that was a wise use of their tax dollars.”

The current effort to bring the NSHOF to Newport addresses the issue of financial support for the museum. The NSHOF had been receiving a steady stream of substantial grant money from the state of Maryland whereas Rhode Island could offer nothing to compare with that. In order to remedy this situation, a new bill was drafted (H5478A) creating a permanent Rhode Island Sailing Events Commission to help the state attract national and international sailing events to Rhode Island. I contend that this bill serves two purposes not described in the law.

First, it is in effect a political payoff to induce the NSHOF to make the move to Newport. From newportri.com Aug. 26, 2017: “Representatives of the hall of fame… have toured the (armory) building twice, Winthrop said, once at the end of February or beginning of March and again around June..” Please note the timeline below.
\ February 15, 2017 House Bill (H5478A)  Introduced, referred to House Small Business

\ March 24, 2017 House Bill (H5478A) scheduled for hearing and consideration
\ June 27, 2017 House Bill (H5478A) passed Sub A
\ June 29, 2017 Senate version of the Bill (S1008) introduced
\ September 19, 2017 Senate Bill passed
\ October 5, 2017 Governor Raimondo signed the bill into law. The fix was in.
Less than 2 weeks later, on October 18, 2017, Gary Jobson, President of the National Sailing Hall of Fame located in Annapolis, Maryland, was in the Newport City Council Chambers making his pitch to bring the hall of fame to Newport. The Soviet dictator Stalin once said “Comrades, there are no coincidences.”

The second purpose of the bill is to provide a new, easily accessible trough of public funds to support the NSHOF  and other yachting activities. Press reports describe the sailing events commission as a feel-good public relations effort to promote sailing in Rhode Island. Section 42-159-5 of the law states the purpose of the commission is to make recommendations and give advice concerning sailing and marine events. However, it goes much deeper than that, into the pockets of taxpayers.

Section 42-159-6(a) of the law: “The commission is authorized to accept and empowered to accept and expend funds made available by the United States Government or any agency thereof, in order to carry out the commission’s efforts to manage financial support for sailing events…and to fund projects and  programs.” Allocation of funds will be decided by a simple majority vote at a meeting of the commission. Let me summarize this: The law creates a 19 member commission composed of unelected bureaucrats and political partisans who are authorized to disburse taxpayer dollars and other funds  to their “yachting buddies” with no restrictions, no monetary limits, no matching funds requirements, and no oversight or accountability. What could go wrong with that (besides fraud and corruption)? This is corporate welfare deluxe, Rhode Island style.

The end game. If the NSHOF is successful in its bid to come to Newport and occupy the historic Armory building, I envision two possible scenarios. In the first, the armory will become a private venue for the yachting community and a for-lease facility that will host weddings and other events. There will be a token museum in the front that few will care to visit (there have been 4 failures of yachting museums in Newport, including 1 in the Armory). The Armory Antiques Marketplace will be closed after a successful 23-year run. About 150 local people, many over 60, will be looking for other sources of income.

In the second scenario, which I think is more likely, Newport’s historic Armory will be deliberately destroyed. In 2007 part of the north wall collapsed and was repaired. Other areas of structural weakness were discovered and the city made temporary repairs. Ten years later the permanent repairs have not been started in spite of the fact that the Newport Harbor Commission, which is in charge of the building has over $1 million cash in the bank. The Armory has no parking facilities which are necessary to host large yachting or other events. The NSHOF previously had plans drawn up for their proposed multi-story headquarters in Annapolis. Their building is designed for a long and narrow waterfront lot quite similar to the Armory property. A multi-story state of the art yachting center and the museum will have parking incorporated into its design. At some point in time, an amenable engineer will be brought in to declare the Armory unsafe and beyond repair.  Tell the Newport City Council to reject this toxic deal, restore our Armory, and preserve it as the popular venue it is now. 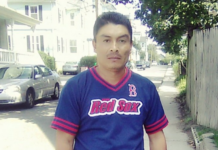 Guest View: Representative Carson: Now it is time to look to the future