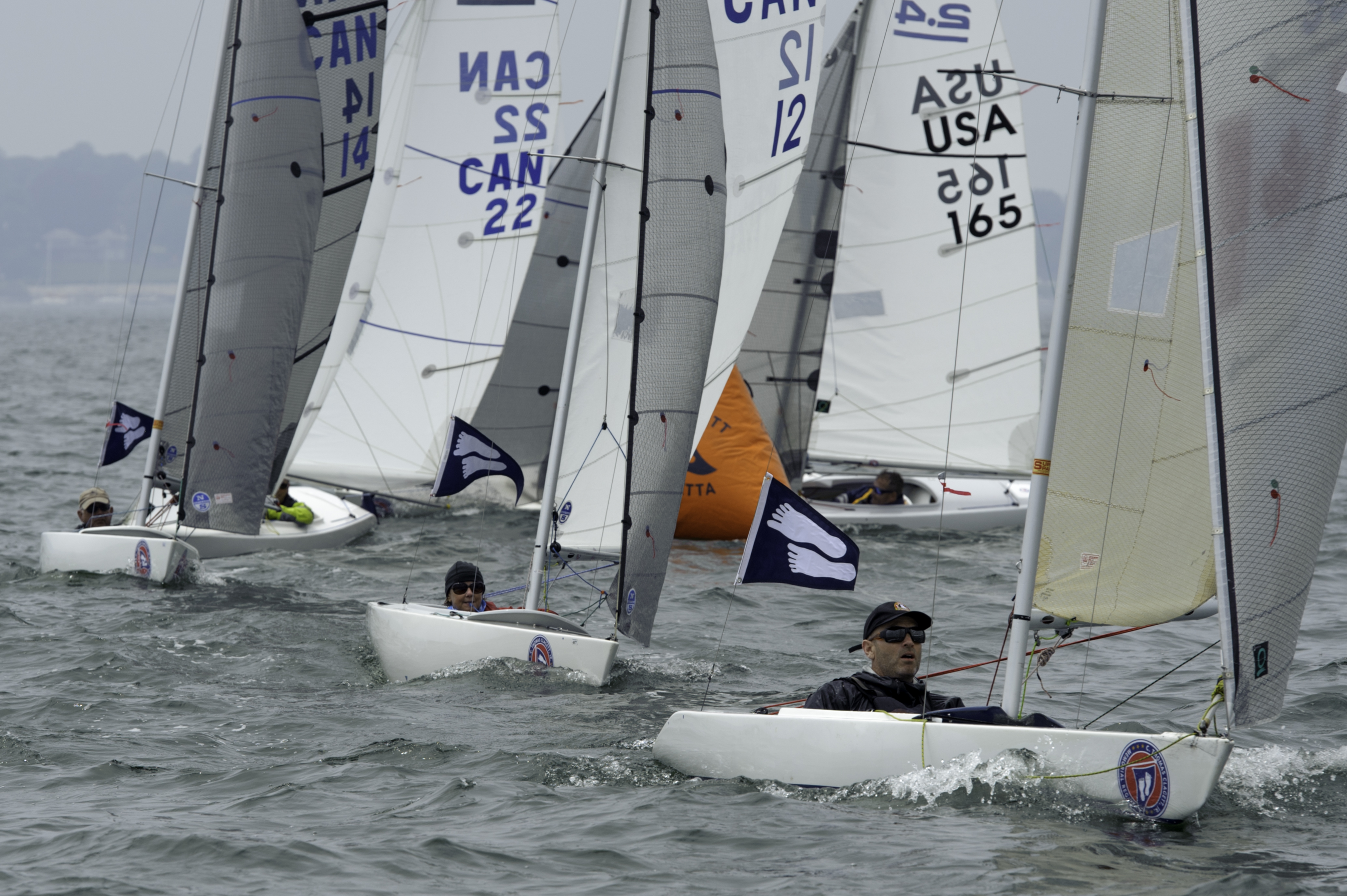 In four weeks, adaptive sailors from across North America and further afield will be converging on Newport, R.I. for the 16th annual C. Thomas Clagett, Jr. Memorial Clinic and Regatta.  This year, The Clagett will be hosting the 2018 U.S. Para Sailing Championships, a U.S. Sailing National Championship, open to eligible US sailors.

“We are looking forward to the 16th Clagett clinic and regatta with many of the sailors returning to Newport for another year of coaching and racing.  Sailors from across North America will benefit from the coaches who will be working with them during the two days of the clinic. Then to race for both the Clagett trophies and the U.S. Para Sailing Championships will make this regatta a must do on every sailors calendar,” commented Judy Clagett McLennan, co-founder and president of The Clagett.

Entries are flowing in as the sailors prepare for the annual clinic and regatta and have been received from as far West as California and South as Puerto Rico.  From Canada will be a recent Clagett Boat Grant Program recipient, Delani Hulme-Lawrence from St. Paul, Alberta, who is planning to sail in the 2.4mR class.  Hulme-Lawrence will be part of a large Canadian contingent who represent sailing clubs throughout Canada.  Another recipient of a 2.4mR from the Clagett Boat Grant Program, Shaylagh Ley, will be bringing the boat she was awarded earlier in 2018 to her first Clagett clinic and regatta in June from Ontario, Canada.

Returning to race at The Clagett and U.S. Para Sailing Championships will be Rio Paralympic silver medalist Rick Doerr, who will be racing in the Sonar fleet.  Doerr, who won the Sonar World Championship in 2016, is a long time Clagett sailor who met coach Mike Ingham at The Clagett.  Ingham became Doerr’s team’s coach prior to and during the Rio Games. Doerr, in an effort to mentor other sailors, has invited a graduate of the Warrior Sailing Program, Dawn Hart, to sail with him this year.  Hart, who started sailing with the Warrior Sailing Program, has sailed in a number of Clagett regattas, both the Newport clinic and regatta and the Clagett/Oakcliff Match Race Clinic and Regatta in Oyster Bay, N.Y.

“No other sailing experience has prepared me better for challenges of Paralympic sailing competition than the Clagett Regatta. From the elite level coaching to the camaraderie and fierce competition, the regatta is responsible for promoting high levels of achievement. We’ve had Paralympic sailors from all over the world and US Champions, World Champions and Paralympic medalists competing. It has always be intense racing which has pushed our skills to the heights necessary to be successful at the next levels. We were lucky enough to work with our two US Paralympic Sailing Team’s coaches there and developed habits and techniques that continue to pay dividends in all my sailing. I’ve always been able to mark my progress in the fleet at the Clagett, make improvements to our technique and monitor our results over the nearly 10 years I’ve competed here.,” remarked Doerr.

Dave Perry and Dave Dellenbaugh will be working with the sailors for the two-day clinic which is always held prior to racing at The Clagett. During the regatta, Nancy Haberland, Brian Todd, and Betsy Alison will be providing coaching, as well as passing on knowledge and skills to the sailors that can be used not just at The Clagett but for the future.  All five coaches have a long history of working with adaptive sailors and are happy to pass along their knowledge to benefit the sailors resulting in medals at many US and World Championship regattas as well as Paralympics.

The following classes will be racing during the three days of the regatta which will be preceded by the two-day clinic; the 2.4mR class for single-handed sailors, the RS Venture for the double-handed class and the Sonar for the triple-handed class. Charters and crew positions for the RS Venture connect are still available. Please contact Betsy Alison, Adult Director of US Sailing, at BetsyAlison@ussailing.org  for more information.

Trophies which will be awarded for the sailors competing in The Clagett will be, the C. Thomas Clagett, Jr. Trophy, the Susan B Johnson – Sportsmanship Award, the Larry Gadsby – Most Improved Award, the Nick Scandone – Spirit Award and the Robie Pierce and Gene Hinkle – Seamanship Award will be presented to sailors taking part in the regatta.

For more information about The 2018 Clagett Regatta and U.S. Para Sailing Championships visit: www.clagettregatta.org or follow the Clagett on Instagram @clagett_regatta or on Facebook Clagett Regatta.