It was May 10. I just finished my freshman year at Boston College, and my summer of leisure was slated to begin—or so I thought. I was in the car ride home when I received the text that would shake up my vacation before it even began.

The text was from David Hanos, whose daughters have been my longtime friends since I was four years old. After several weeks of conversation—and much to my surprise—he asked if I wanted to be his Campaign Manager. I had never assumed a position in politics before, yet I knew that the journey in front of us would be uncharted waters worth travelling.

Over the past two months, I have come to know a man who has embedded himself in our community for 46 years. A 23-year veteran of the Newport Fire Department, Dave has selflessly served the City of Newport longer than all his opponents have lived here combined. He embodies the spirit and definition of what it means to be a public servant, and has been here long enough to become woven into the fabric of our community.

Many candidates have an aspiration to lead, but few are able to garner the trust of their constituents—a trust forged from years of selfless civic involvement. It is a trust that they will uphold the ethical principles affirmed under oath, and a trust that they will hold dear the notion that a rising tide lifts all boats. I trust David Hanos with all this and more.

I trust the product and Chairman of Newport Public Schools with the education of our youth;

I trust the parent of children in the workforce to grow sustainable jobs;

I trust the emergency responder with the continued care of our seniors; and

I trust the candidate with the endorsement of Teresa Paiva Weed to continue her fantastic work in the legislature.

I invite the people of Newport and Jamestown to join myself, the former Senate President, Jeanne-Marie Napolitano, Ray Gomes, and many other community leaders in the support of David Hanos for State Senate. Our community needs a leader with the understanding of where we’ve come from, and the vision for where we’ll go next. There is only one lifelong Newporter and career long public servant in this race. I trust David Hanos to provide the best quality of life for our citizens, and the best prospects of hope for our future. 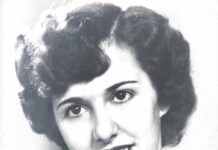