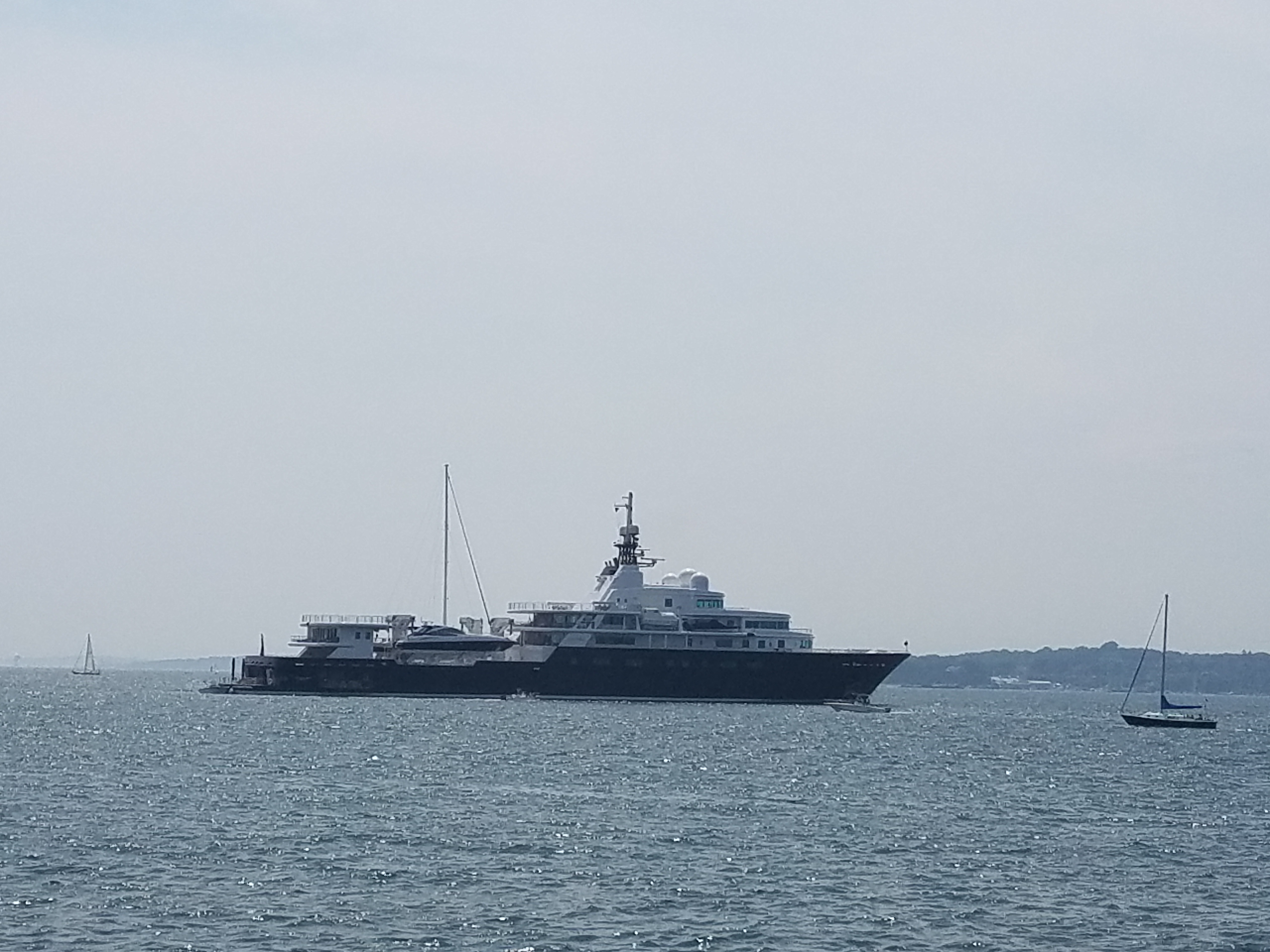 The 371-foot long Le Grand Bleu, one of the largest private yachts in the world, arrived in Newport on Tuesday, July 11th.

Le Grand Bleu was built for US telecommunications baron John McCaw and has been owned by Eugene Shvidler, a Russian-American oil businessman, since June 2006.  She was built at the Bremer Vulkan yard in Bremen, Germany, and was launched in 2000.

The yacht has a crew of 65 and carries a veritable arsenal of tenders and water toys, both on her aft decks and in her extensive below-deck garage, where there is a large aquarium. Her watercraft includes a 73-foot Dubois-designed sailing yacht, Bellatrix; a 68-foot meter Sunseeker motor yacht; two 11 36-foot, 60-knot Buzzi sports boats; and a landing craft to carry a 4×4 Land Rover used for excursions ashore and a helicopter.

The boat is currently at anchor in Narragansett Bay, just off of Goat Island in front of Belle Mer.  It is unknown how long she will be spending in Newport.

Le Grand Bleu is the 24th largest private yacht in the world, according to Wikipedia.

The largest private yacht in the world? That would be Azzam at 591 feet, a yacht that is no stranger to Newport.