NORTH PROVIDENCE – Mayor Charles Lombardi is promising to seriously consider a reorganization of the town’s police department, after an investigation into accusations of sexual harassment found the claims legally “unfounded,” but that police officers regularly made vulgar comments and lewd jokes.

“What we’ve uncovered is unfortunate, it’s embarrassing,” Lombardi said yesterday on “It’s Your Business” on WOON radio. “At times I say, what are they drinking, that Mineral Spring Water?”

The town hired Marc DeSisto, a Providence lawyer, to conduct the investigation after Lt. Diana Perez filed a federal lawsuit accusing Acting Police Chief Christopher Pelagio and other officials of creating a hostile work environment, and male supervisors of making derogatory remarks about her and other female officers.

Lombardi said he was “relieved” that the investigation found there were no legal grounds for the allegations, but disturbed with the results of the nine-month probe, which “looked at the entire department.”

After release of the report, Pelagio’s lawyer, Alberto Aponte Cardona was quoted in a WPRI report that they would continue to battle the town in court, examining whether town officials colluded with the attorneys who were paid $40,000 to compile the report.

Lombardi did not reference the lawsuit specifically during the radio interview, but took a tough stand with the department, saying that he plans to meet with top officers within the next couple of weeks, threatening firings if the behavior is repeated.

“We’re going to address it and look at the department from top to bottom,” Lombardi said. “We’ll probably talk to a consultant and do an analysis and maybe see how they feel the department should be structured.” 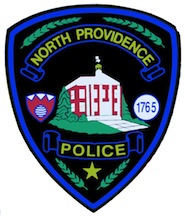 He said the study would begin as soon as possible, and that he’s already talked to two different potential consultants, hoping the review can be completed within three or four months. Lombardi said he did not need Town Council approval to authorize the study.

“The police department is too top heavy, we have too many officers,” Lombardi said. “They don’t have enough to do. I don’t think they’re busy enough.

Lombardi also took aim at the Fraternal Order of Police, the union that represents the North Providence police officers.

“I feel the union needs a shuffling because of the management there,” Lombardi said. “The rank and file is trying to take over and run the police department. That’s not going to happen.”

He said the FOP is trying to get Acting Chief Pelagio fired. Pelagio, who has been in the position as acting chief since December 2014 won support from the mayor, who has said previously that he would discipline the chief and his deputy because of the investigation’s findings.

The FOP has twice approved no confidence votes in the acting chief, one in February of 2016, before the filing of the law suit, and another after. In the February no confidence vote, the issue was frustration over prolonged contract negotiations that began several years before Pelagio’s appointment as acting chief, and the failure of the town to appoint a full-time chief.

“When Lt. Pelagio assumed command of the Department, it was said that the Town would conduct a search for a permanent police chief given the Department had already been without one for about three years,” an F.O.P statement said at the time.

” Since Lt. Pelagio’s appointment as Acting Chief, it does not appear that the Town has made any effort to conduct a search or process for hiring a permanent Chief to lead this Department. The North Providence Police Department has now had no permanent leader for about five years – a situation that would not appear to be tolerated in any other Rhode Island community. This No Confidence vote is a symbolic gesture of our member’s long-building desire for a new direction for this Department. The members of FOP, Lodge 13 do not believe that Acting Chief Pelagio can lead the Department in a new direction because, to date, he has displayed a lack of the necessary leadership skills and support among the membership.”