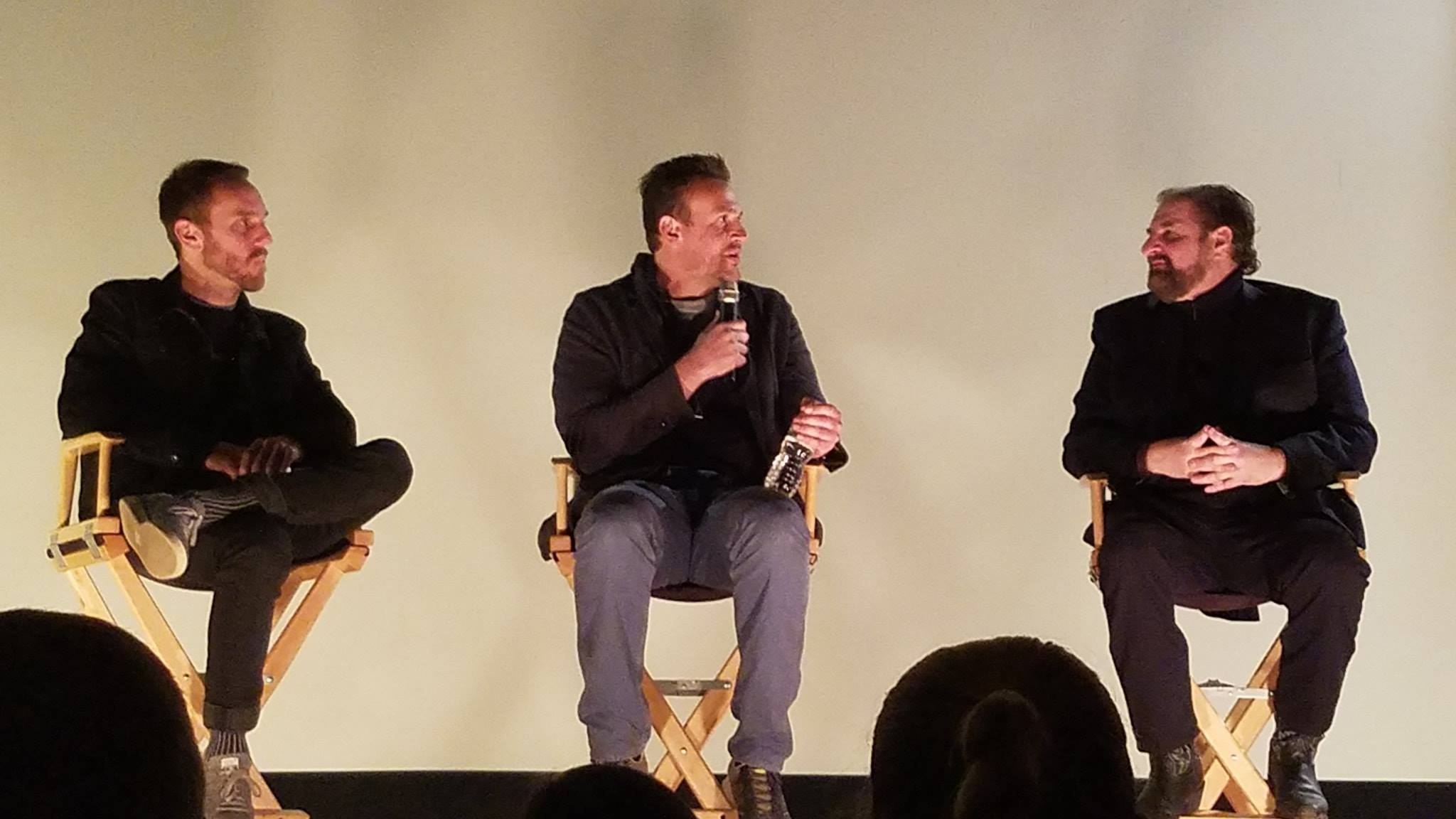 More than 400 people joined the film crew, director and some of the cast at Jane Pickens Theater on Monday night for a special screening of The Discovery, the movie starring Robert Redford, Jason Segel and Rooney Mara that was filmed throughout Newport in 2016

Following its world premiere at Sundance Film Festival, The Discovery was screened for one-night-only in Newport before making its Netflix debut on March 31st.

Those lucky enough to be in attendance were treated to a q&a with Jason Segel and director Charlie McDowell after the film. The two men shared several times during the q&a their fondness for Newport, at one point Segel said he wished that their entire media tour for Newport “could be in Newport.”

Steve Feinberg, Executive Director of the RI Film & TV Office, introduced the film and also read the letter that Robert Redford sent to the city of Newport after filming the movie here in Newport.

The Discovery was filmed on the campus of Salve Regina University, Newport Hospital, Fort Adams, Third Beach, Ocean Drive and in several other locations throughout Newport, Rhode Island.