In part 2, George Wein takes us on his journey, from classical piano and lessons with Madam Chaloff, to the clubs at which he first played for two dollars a night, to the rise of his famed Boston Club, Storyville, where a visit from Louie Armstrong helped define Wein’s path in music.

In case you missed Part 1, you can read it here – A Conversation with George Wein: Artistry – the Festivals (Part 1)

Wein: It goes way way back. When I was a kid I used to sing. My mother played the piano. I sang all the pop songs of the day. I still sing some of them. I don’t sing anymore. I wanted to play the piano. I had been studying classical piano. I wanted to learn how to play popular. I didn’t know anything about improvisation. I read notes. My brother brought some jazz records home and I said what is this, this music is fantastic. So, the next thing I know I was forming my own little band. I bought stock arrangements and I was still not deep into improvisation. But then I said I’d better take some piano lessons. I had taken classical lessons with Madam Chaloff, Mrs. Chaloff before she became Madam Chaloff. Sam Sacks taught me about playing different keys and improvising and structure, and I just took off from there.  Unfortunately, I stopped too soon studying. I should have learned about voices, harmony and all that. I never bothered, my mind was doing so many things. But I was playing the piano whenever I wanted to, and I was having fun.

QUESTION: How old were you then?

Wein: I was 13, I already had a band. I had four saxophones, three trumpets, and two trombones, rhythm section. I called all the kids from Newton and Brookline that wanted to play. They came out every Sunday afternoon and we’d rehearse. All the kids in the neighborhood would come down the cellar. We had a cellar in my house. We rehearsed in the cellar. Playing In the Mood.

QUESTION: When did you go out playing professionally?

Wein: It depends on what you mean playing professionally. The first time we got paid was probably two dollars a night. My name got on the list when I was in high school of the non-union bookers. Every so often I’d get a call, can you work here Wednesday afternoon at four o’clock in Izzy Ort’s Grille. So, I’d go down and play, and get my two dollars and come home and go to bed. I was a school kid. My folks would pick me up sometimes. I’d play Jack’s Café in City Square, Charlestown.  I played in some buckets of blood when I was a kid. But then when I came out of the Army, when I was in college, I played a lot professionally. I worked with Miff Mole and Pee Wee Russell and Max Kaminsky for six weeks. My senior year I played with the Edmond Hall Quartet for quite a while. I was working seven nights and Sunday afternoon while I was going to college. That was tough. I was learning my trade.

QUESTION: Where were you in school?

Wein: Boston University. I was very honored recently. They gave me an honorary degree. I accepted that saying I wasn’t an honor student, but it’s nice to get an honorary degree. I had a tough time in school. I had already been in the Army for three years. I wasn’t a college kid. And I was interested in getting involved with my life and getting a degree. It wasn’t those years of 18 to 21. I lost those years.

QUESTION: What was your major in college?

Wein:  Unfortunately I majored in pre-med because my father was a doctor. I never wanted to be a doctor, but he had asked me to please at least take pre-med in case you changed your mind. Once I went into music he was my biggest supporter. He was very proud of what I was doing. Even when I was failing he was proud.

QUESTION: When did Storyville come along? You were young when you opened Storyville. How did that come about?

Wein: I was playing in clubs in Boston. I knew a lot of people. A lawyer came up to me and said why don’t you open your own club. I didn’t have any money. I had $5,000 that had been left by relatives towards my education. I didn’t need that because I had the GI bill. Being in the Army, the government paid for my whole education. I couldn’t buy a club, or buy a facility. I leased a room from a hotel. Hotels had night club style rooms they couldn’t do anything with. So, you came along and had an idea and they’d work with you. I had a couple of starts and a couple of stops. In the business for 10 years. I learned my trade again. I brought in all the big-name artists. The night Louie Armstrong came into my club. He wasn’t working there. He came in and went right to the stage and sang Sleepy Time Down South, the excitement in the room was so incredible. I knew I had to work with these people.  That’s when I really started bringing in Art Tatum and Billie Holiday, George Shearing and Miles Davis, Charlie Parker and Ella Fitzgerald. There was a plethora of great names, and they were available to work my little club in Boston, because they hadn’t branched out yet to the broader world of international jazz or Las Vegas style entertainment. That’s how I built my image, my background. 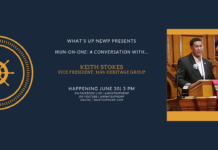 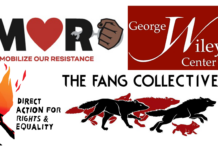 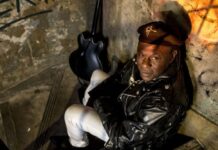 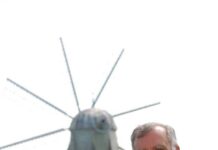 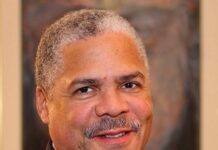 WUN-ON-ONE: A conversation with Casby Harrison