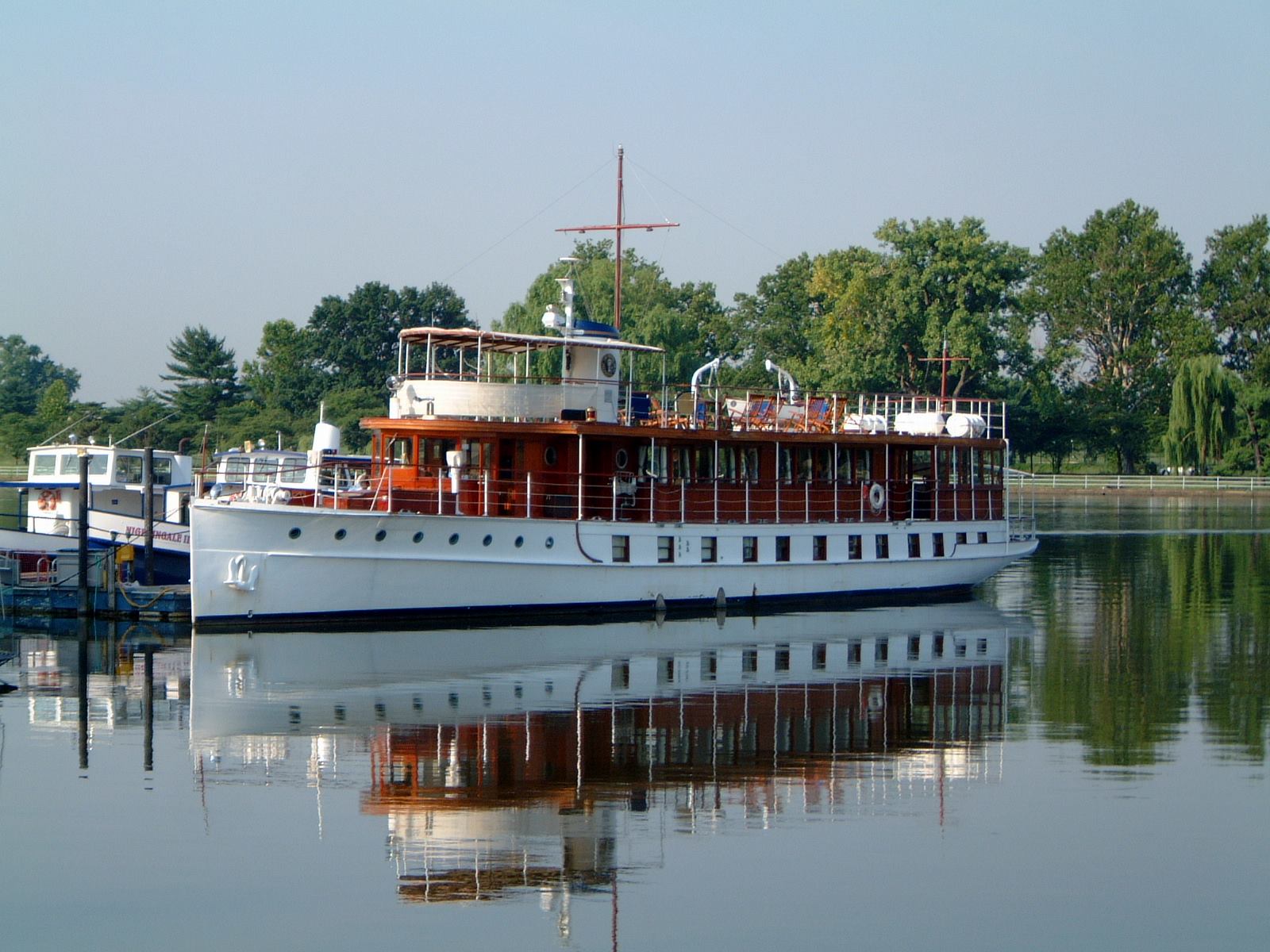 The USS Sequoia, a meticulously restored, 104-foot, 1925 Trumpy-designed yacht that has served more than nine Presidents, could soon be coming to Newport for restoration.

In a story on Monday, the Daily Mail wrote about the current condition of the boat and its decline in – The sad decline of the ‘floating White House’: How RACCOONS have taken over USS Sequoia which used to be the President’s personal boat but is now rusting away and filled with trash.

The Sequoia was the scene of some of America’s most historic events, according to the boats official website. It was used during the Harding administration to enforce Prohibition; Herbert Hoover promoted his use of the Sequoia during the Depression in a misguided effort to elevate the spirit of a starving public; FDR and Eisenhower planned D-day; Truman decided to drop the bomb on Hiroshima and later conducted the world’s first nuclear arms control summit; Eisenhower entertained Korean War veterans; Kennedy celebrated his last (46th) birthday party; LBJ lobbied for civil rights legislation, and planned Vietnam War strategy; Nixon negotiated the first arms control treaty with the Soviet Union, and later decided to resign; Gerald Ford conducted cabinet meetings on board; President Ronald Reagan once met the nation’s Governors at the Sequoia in Richmond. Reagan later wrote in his diary: “I think before I leave I should get the craft back for future Presidents. Virginia. Emperor Haile Selassie and other world leaders have also sailed on Sequoia.

The Sequoia may be both the most famous vessel in America and the most important piece of Americana not owned by the government. Since being sold in 1977 it’s been owned by various firms and now lies rotting in a dry dock in Washington D.C. The yacht is owned by the Sequoia Presidential Yacht Group, LLC who say they are dedicated to preserving “America’s most famous boat”.

In the story that has gone viral, the Daily Mail states “Plans are now afoot to try to take the Sequoia to Newport, Rhode Island, to begin a three-year restoration process. Bringing to ship back to its former glory could take 10,000 hours of work as well as the expertise of 20 shipwrights trained in classical wood building”.

CBS News also reported on Monday that “The restoration could take 15 to 20 shipwrights trained in classical wood building and 10,000 plus hours of work.  The plan is to take the Sequoia up to Newport, Rhode Island, to begin that restoration, a process that could take up to three years.”

What’sUpNewp reached out to the International Yacht Restoration School (IRYS) on Monday to see if they had plans to work on the boat, a spokesperson for IYRS told us that it was nothing that he had personally heard that IYRS would be involved with but did believe that if the boat did come to Newport that faculty or students would probably have some sort of involvement either as shipwrights on the project or apprentices.

A request for comment from Sequoia Presidential Yacht Group, LLC was not answered on Monday.

According to the Daily Mail, estimates for the cost of refurbishment run between $400,000 and $4million. Once refurbished, it will be worth between $7.8million and $13million.