This Saturday, the Salve Regina football team will play arguably it’s most important game ever as the Seahawks square off at home against top-ranked Western New England.  With a win, the Seahawks could make history as the first team to ever win a conference championship for the program and a berth in the Division III National Championship Playoff.  This is the first time that Salve Regina has ever hosted a New England Football Conference championship game and the NEFC is the only Division III school in the country with two remaining undefeated teams.

On Tuesday, I took some time to meet with the captains of the team and discussed their emotions and challenges heading into such a big contest.  To say that the student athletes are excited for this weekend’s game is an understatement as Captains Noah Drake (Left Tackle), Brandan Basil (Quarterback), Sam Pascale (Running Back), Joey Farrar (Safety) and Ethan Gamble (Linebacker) made it quite apparent they’re focused on the game in front of them and are counting down the hours until Saturday afternoon.

For those of you who haven’t been following the Seahawks flight this year, you’re not alone.  This is a small school program, one that does not generate a ton of local press nor one that boasts a significant local following.  The relationship between Salve athletics and the local community is an interesting dichotomy.

When asked why the Salve football team doesn’t have a larger local following, the captains were not off-put and instead shared educated, insightful answers to the question.  Many of the players believe that playing away from Newport causes a disconnect almost immediately.  Salve Regina partnered with Gaudet Middle School and the Town of Middletown in 2009 to establish a permanent residence for varsity athletics.  With the installation of field turf and a move from Toppa Field, Salve athletics solidified much-needed upgrades to their program but lost the lure of that neighborhood, Newport feel.

Even without a super heavy contingent of local fans, Salve has found fantastic support all season from students, parents and other members of the community including alumni and friends.  Many Salve students and alumni frequent Midtown Oyster Bar and two of the bartenders I work with both played football there a few years ago.  Needless to say, I’ve grown invested in how Salve football preforms as a product of my own environment and who I’m surrounded by on a day to day basis.

Believe it or not, Salve Regina football has the highest win percentage amongst active programs across the state of Rhode Island.  Over the past decade, the program has shifted into a perennial contender and have competed in the conference championship game 4 out of the past 5 seasons (2012, 2013, 2015) with a strong opportunity to finally win it all in 2016.  This season, Salve has posted both a nationally ranked defense and offense behind a strong core of returning seniors and talented underclassmen.

The Seahawks play a very nostalgic style of football, relying on one another to play their part and cover proper responsibilities on the field.  Salve hangs it’s hat on their workhorse defense, running the ball effectively and taking a balanced approach on offense.  Led by senior linebacker Ethan Gambale, the Seahawks defense has given up an average of 14.5 points to opponents all season, an uncanny statistic for any program.

The team prides their success this season on a full team effort and the players I spoke with shared a similar sentiment.  Family and togetherness were extremely popular words that the team captains stressed during our Tuesday morning meeting.  In a world of sports based on individual statistics, to say that you play for your peers and put your teammates first at all costs is a very mature, humble reaction for a group of 21 year old college kids.

Although their final year as Seahawks is quickly coming to an end, the guys made it clear that attending  Salve Regina was one of the best decisions they’ve made at this point in their lifetime.  They expressed their love for this city, their college and their teammates and made it a point to say that if you have an opportunity to attend Salve Regina, you should do it.

After the Cub’s historic win last night, the Chicago bandwagon is already bursting at the seams.  If you’re available Saturday at Noon and want to witness some more sports history, maybe it’s time to head out to Gaudet Middle School and jump on the Salve Regina Seahawks bandwagon.  One more final home game for a great group of seniors and rumor has it that Ethan Gambale is walking out on the field with Hank the Bloodhound, his beloved nephew.  If you have a chance to get out there, please do! The more the merrier this weekend as the team does their best to “protect the Nest!”

Congratulations to the Seniors & Best of Luck to the entire Salve Football Family. 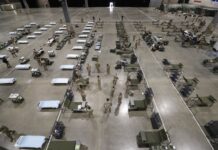 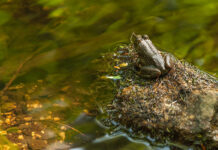 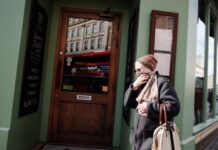 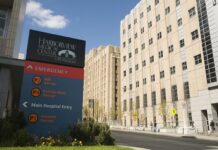 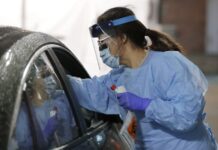