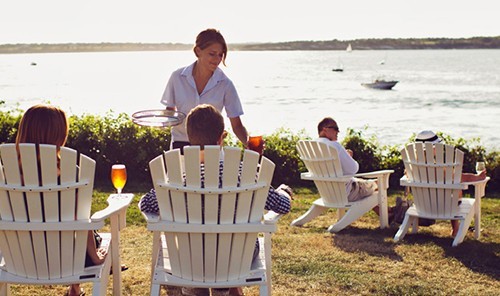 All together, 20 hotels that “sit right on the water and offer their guests stellar views to go along with waterside facilities and amenities” were chosen by a panel of luxury travel experts. In addition to their expert panel’s input, 10Best editors considered industry awards and guest reviews to determine their 20 nominees.

What They Had To Say About Castle Hill Inn: “A classic New England retreat, Castle Hill Inn sits atop a peninsula on the westernmost tip of Newport, with stunning views overlooking the Atlantic Ocean and East Passage. The historic inn was the original summer home of naturalist Alexander Agassiz, who commissioned the “cottage” in 1874.”

What They Had To Say About Chanler At Cliff Walk: This opulent 19th century mansion located in Newport offers a peek at the Golden Age while delivering 21st century comfort. Perched on the famous Cliff Walk, the Chanler is a European-styled boutique hotel with 20 exquisitely appointed guest rooms, each unique to itself. Rooms feature fireplaces, wet bars, luxurious stone bathrooms with heated floors and a six-jetted shower system, or rain shower.

Who Else Is Nominated:

Vote for your favorite once per day until the polls close on Monday, August 1 at noon ET.