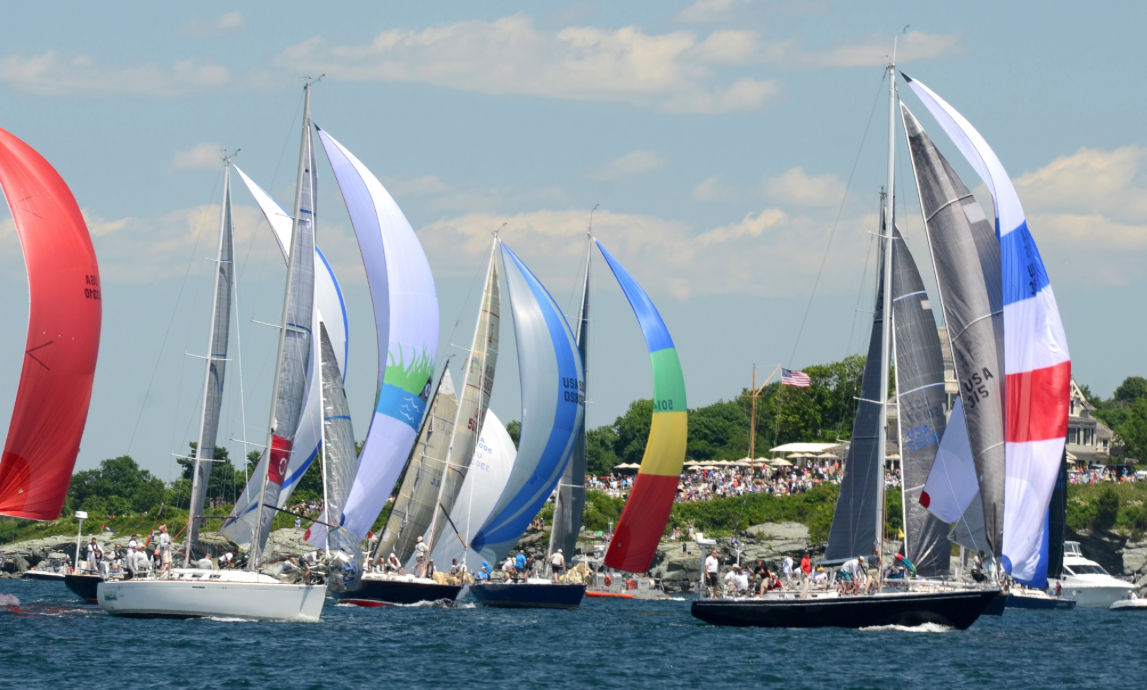 As nearly 1,700 sailors who will soon race to Bermuda make their preparations, loading food and gear into their boats and lining up to pre-clear Bermuda customs and immigration, all of them have one question in mind: “What will the weather be?” And one answer:  “I just hope it’ll favor my boat.”

Sailors don’t agree on much.  Some prefer big boats, some small. Some like light displacement, others heavy. Yet this question and answer can be counted on whenever two or three of us are gathered together. We all talk about the weather, and talk and talk. The weather is our obsession.

On land, “Everybody talks about the weather, but nobody does anything about it,” to quote Mark Twain (or his friend Charles Dudley Warner — the sources disagree).  But on water, we can do something about it.  We trim or shorten sail, we change course, and we look around for better weather.

Weather is the deep concern of the 2016 Bermuda Race fleet of 184 boats. There has been some attrition, some due to boat damage during deliveries and in a race. One withdrawal is the Maxi 72 Bella Mente, a frequent candidate to be first to finish that is not sailing this time out of her owner’s weather concerns.

Over the past three days, conflicting weather forecasts have stirred up concern about the conditions that will confront the fleet after the start on Friday. One forecast seemed to indicate a high wind at the start, another suggested a hard blow down the course, and a third offered the specter of rough going, with a hard north wind.

That last weather alert has attracted a lot of attention because of the Gulf Stream. The body of water running northeast is Benjamin Franklin’s “River in the Ocean.” It’s more like a drifting octopus—a complicated patch of moving water turning in every which direction and greatly affecting the state of the sea.  To quote the race’s Gulf Stream expert (and multi-time navigator), oceanographer Dr. Frank Bohlen, “Wind blowing against the current results in a significantly larger wave amplitude and shorter wavelength than what appears when wind blows with current or when there is no current.”

Despite more than 100 years of excited sailor talk about the weather in 49 races, only two Bermuda Race starts have been postponed a day or longer. The 1968 start was delayed for one day out of concern about an early-season hurricane.  Then in 1982, the race committee, chaired by James A. McCurdy (father of Selkie skipper Sheila McCurdy), postponed the start for two days because of a storm in the Western Atlantic. Once the weather settled down, the then-record 178 starters got off the line quickly on a spinnaker reach.

There’s another, quite startling weather story about the 1982 race.  Carina (today owned by Rives Potts) was sailing almost directly toward Bermuda when her owner-skipper, Richard Nye, poked his head up through the companionway and took a look upwind around just as a lightning bolt flashed down to the water.  “Tack,” Nye ordered. The crew looked at him incredulously. They were only 10 degrees off the layline to the finish. “Tack! There’s lightning to windward. There’s warm water up there. The Gulf Stream’s up there.”

Carina tacked, sailed on the “wrong” tack for a couple of hours until she was well into hot water, tacked back, and with a 3-knot current on her stern, charged toward Bermuda at 10-plus knots over the bottom. She won her division by a comfortable 34 minutes.

That’s one good reason why we obsess about weather.

Click here for more facts about the Newport Bermuda Race.

Watch the start and follow your favorites to Bermuda

Coming alive for you on BermudaRace.com … join Livestream 2PM-5PM on Friday June 17 for live video and commentary on the start. Commentator Andy Green will be host the program from the Inn at Castle Hill overlooking the starting line. With cameras on the hill and on the water, he’ll get close to the action bringing live sailing directly to you. Audio also airs on Newport radio FM 105.9.

Virtual spectators will watch the story unfold as their favorite yachts, skippers, or crewmembers in this 635-mile ocean classic tack and gybe their way through the Gulf Stream and hunt for the wind in the ‘happy valley’ north of Bermuda. All boats in the 2016 fleet will be tracked by YB satellite trackers as live as it can be on Pantaenius Race Tracking — www.pantaenius.com/NBRtracking — your link to all the action in the race.