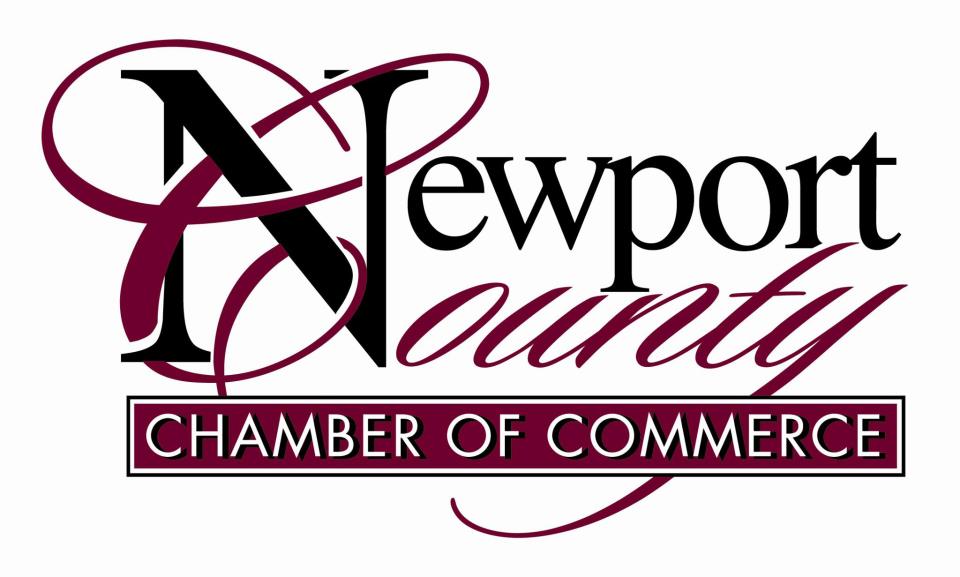 The Newport County Chamber of Commerce together with Carey, Richmond and Viking, the sponsor of the Chamber’s 10th Annual Excellence in Business Awards awarded the 2016 Excellence in Business Awards on Tuesday, April 26th.
This year’s award winners were selected from approximately 29 nominations in 5 categories: Micro Business, Small Business, Big Business, Woman/Minority Owned Business, and Emerging Leader.
The nominations were reviewed by a selection committee.  Each category was judged by a volunteer panel comprised of Chamber Board members, Chamber committee members, previous award winners, and general membership.  Business innovation, customer service, growth, industry leadership, community service, and other local, regional and national recognition were among the factors weighed by the committee.
Sandy Kristiansson of Black Diamond Marketing Group accepted the award for Micro Business, which is under five employees. Black Diamond Marketing Group was launched in 2001 by Sandy who has spent the last fifteen years servicing companies with marketing planning, creative, media planning and buying, direct marketing, public relations, and web site development. In the past year Black Diamond Marketing Group has received multiple awards of distinction and excellence in creativity, considerably expanded business, and partnered with three new vendors; all while making a concerted effort to cut expense and make efforts to create a greener foot print.
Daniel Corrigan, Andre Khalfayan, Christine Winslow and Arlene Rosbottom, owners of Corrigan Financial Inc., accepted the award for small business, under 50 employees. Corrigan Financial, Inc. has been in business for more than 25 years and provides fee-only financial planning, investment management, tax preparation and planning services. Corrigan Financial excels at providing quality service to their clients. They have been ranked one of the top Wealth Managers in Providence Business News, in the top 50 of all firms in the “over $500 million assets under management category”, a “Five Star Professional” for five years in a row and won Best Financial Advisor, in Newport Life Magazines Best of Newport County – 2009, 2010, 2012, and 2014-2016.
Ellen Ford, President & Chief Executive Officer of People’s Credit Union accepted the award on behalf of  of the Credit Union as the big business award winner with over 50 employees. People’s Credit Union prides themselves on four core values that are shared and practiced on a daily basis. These include providing an extraordinary member experience, providing an extraordinary employee experience, enhancing the communities where they serve and to be a high trust organization. People’s mission is to offer value-added products and services for the benefit of their existing and prospective members.
Laurie Stroll, owner of Newport Hospitality Inc., accepted the award for Woman Owned Business. Newport Hospitality, Inc. is a premier destination management company and proud partner in the Destination Management Company network. Newport Hospitality was founded in 1988 and has been owned and operated by Laurie Stroll since 2004. As a leader in their industry Laurie has sat on the board for the Destination Management Company network for six years and was the Chair of the organization for two years.
Bob Drought, founder and President of  Rhody Surf accepted the Emerging Leader award for business owners who are under the age of 40. Rhody Surf has been making waves since their inception in 2001. They provide a unique experience and activity to those visiting the island in a way that had never been marketed or reachable before. Rhody Surf was created in efforts to spread the love of surfing, the environment and the ocean through teaching others how to surf and in turn build their own personal connection and respect for our natural surroundings
Carey, Richmond and Viking has been the sponsor for the Chamber’s Excellence in Business awards and was in attendance to share their thoughts on what an impact each of these businesses have on the community and business world. The Newport County Chamber of Commerce continues to thank Carey, Richmond and Viking for their dedication and support for such an important event. The Chamber also thanks 3G Broadcasting, owners of Mixx99.3/WADK 1540 and the Newport Daily News as the Media Sponsors of this event.
The Newport County Chamber of Commerce is the second largest chamber in the state with over 1100 members representing over 50,000 employees and is one of Rhode Island’s largest business advocacy organizations, formed to enhance the business, civic and economic vitality of Newport County and greater Rhode Island.  We help businesses succeed.