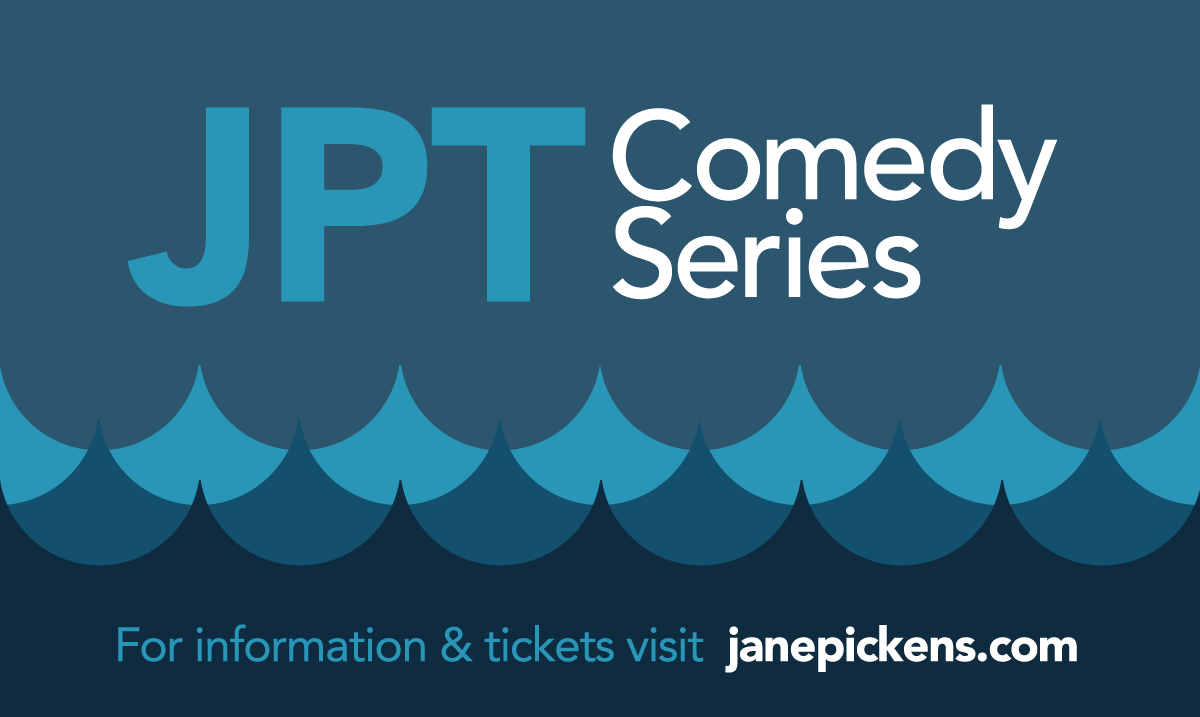 Need more laughter in your life? Well, you’re in luck!

John Tobin has announced that “John Tobin Presents” has partnered with the Jane Pickens Theater and Events Center to bring stand-up comedy acts to Newport for a series called “The JPT Comedy Series“.

John Tobin has been responsible for making Boston laugh for years, he produces and operates comedy shows at well-known clubs and theatres such as The Comedy Scene, Laugh Boston, Nick’s Comedy Stop, The Shubert Theatre as well as the Dedham and Norwood Theatres.

“We are so excited to present world class laughs at the beautiful Jane Pickens Theater. Our shows will only add to the wonderful history of the grand stage of this magnificent theatre located in the heart of Newport, Rhode Island,” John Tobin shared with What’sUpNewp.

The series will provide a night full of laughs once per month at the historic Jane Pickens Theater & Event Center, the first show is scheduled for April 28th.
“We are so pleased to partner with John Tobin Presents on this new comedy series. Our joint 2016 live comedy lineup will be a fun addition to our already special art house cinema programming. We welcome this opportunity to expand the reasons to visit our unique historic space,” Kathy Staab, Owner of Jane Pickens Theater & Event Center, told What’sUpNewp. 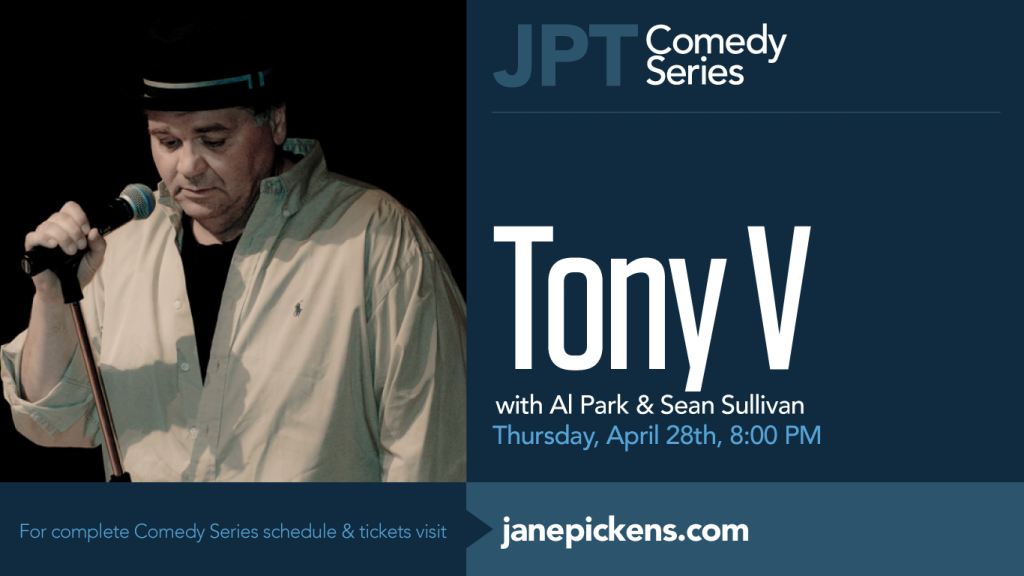 Tony V – In 1986 Tony V was named “Funniest Person in Massachusetts” by Showtime television. He followed this achievement with several performances on HBO, the Arts and Entertainment Network, Comedy Central and MTV. From 1987 through 1992 Tony V became the “spokesperson” for American Tourister Luggage. Remember the suit case smashing gorilla? It was Tony that gave the ape it’s distinct voice and temperament. Touring extensively in and out of his high tech forty-five thousand dollar yak hair gorilla suit, both Tony and his alter ego had many interesting adventures. If you get a chance ask Tony about a meeting between The Gorilla, Spuds MacKenzie and Ronald McDonald. You won’t believe your mind.

Network television was next on list for this Boston native. Spending time in New York and L. A. paid off with multiple highly acclaimed appearances on Late Night w/ Conan O’Brien, Comedy Central’s Tough Crowd w/ Colin Quinn and several sit-coms including Seinfeld, Boston Common, The Single Guy and Dr. Katz Professional Therapist. Having proven himself a solid comic actor Tony then tackled dramatic roles on television working with such notable actors as Eric Roberts, Ice T and James McDaniels from NYPD Blue.

Tony’s big screen outings include State and Main, Celtic Pride, Housesitter, One Crazy Summer and Shakes the Clown as well as the independently produced By the Sea and Abracadabra. Tony has also produced and written on several shows for network and production companies.

Along with being a popular headliner at clubs and colleges all over the free world, Tony V has worked with Jay Leno, Dennis Miller, Bobcat Goldthwait, Steven Wright, Adam Sandler and countless other friends and nationally known acts. Tony has opened for Kenny Rogers, The Temptations, Billy Ray Cyrus, The Beach Boys and Joan Jett.

Al Park – Al Park has quickly emerged as a rising talent on the national comedy scene. In just the past year, he won both the Boston Comedy Festival and the Cleveland Comedy Festival, and was a finalist in the prestigious Seattle International Comedy Competition. He has also been a featured performer at the Laugh Your Asheville Off Comedy Festival and North Carolina Comedy Arts Festival. He now travels the country captivating audiences with his world-wise attitude and storytelling flair. Blending personal observation and cultural satire into a unique, authentic comic voice, Park delivers a show that will make you think, feel, and laugh the whole time.
Sean Sullivan – Sean Sullivan is a comedian, actor, and writer from Boston, MA. A semi-finalist in the 2008 and 2009 Boston Comedy Festival, Sean has emerged as one of the top young comics in the country. He’s showcased for the producers of Late Night with David Letterman and the Just For Laughs comedy festival and is a favorite at colleges all over New England because of his quick wit and loose, unpredictable style. Sean made his national television  debut December 4th, 2009 on Comedy Central’s Live at Gotham. 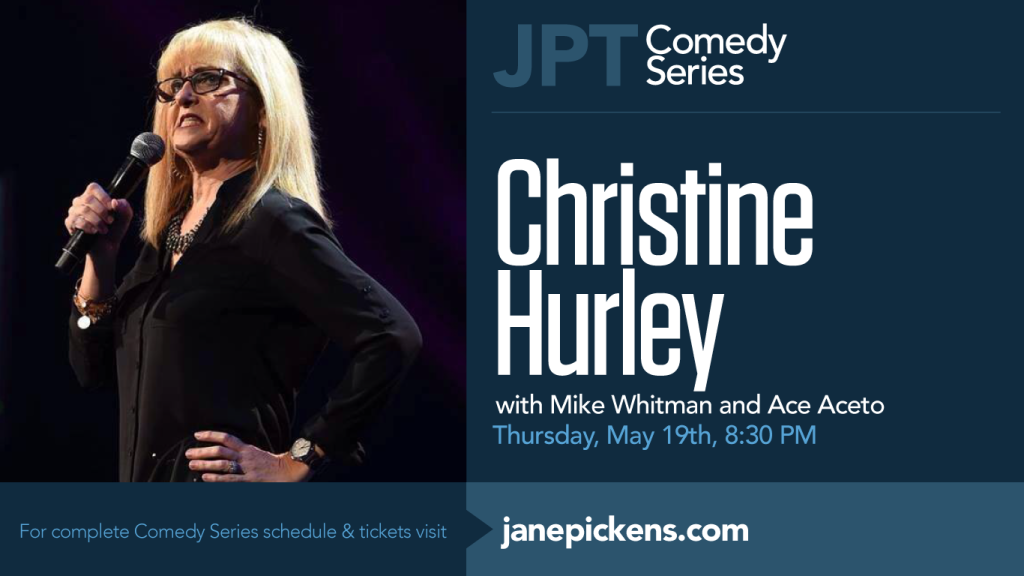 Christine Hurley – Like any great comedian, Christine has an innate ability to see humor in “everyday” situations. For years, she entertained family, friends and neighbors in their kitchens, at barbeques and the grocery store aisles. The only difference now is she uses a microphone and a stage.

Christine’s maiden voyage into the world of stand up comedy was an open audition in New York City. The television network Nick at Nite was looking for “AMERICA’S FUNNIEST MOM.” She figured if it didn’t go well, no one in New York would have known who she was anyway…

Turns out it went well! Out of thousands of entries, Christine was selected to be a finalist on the nationally televised show. The producers of the show included Carol Leifer (Seinfeld show producer), Jeff Singer (talent scout, Montreal Comedy Festival), Jeffrey Ross (Comedy Central roast master) and actress Sandra Bernhardt.

Mike Whitman – Mike Whitman whose innovative material and style made him the hit and semi-finalist of the 2008 Boston Comedy Festival has led him to become Boston’s Best New Comedian. He is becoming one of the country’s most versatile and entertaining comics working today. Mike has performed at colleges and top venues around the Nation. Come see why people are talking about Boston’s Hot New Comic of 2008!!!
Ace Aceto – A Rhode Island native, Ace worked clubs, colleges, and corporate dates up and down the east coast, before working on stage as Demetrius in Shakespeare’s “A Mid-Summer Night’s Dream”. In 1998 he completed his first starring film role, in the independent feature film “BoxedMan”, capturing attention from casting agents from Disney-Touchstone as well as 20th Century Fox.

With his instantly likable stage presence, and ability to walk the line between innocent boy-next-door and biting edge comic, Ace Aceto takes his audiences on a hysterical ride, performing dead on impressions of Casey Kasem, Gilbert Gottfried, Bobcat Goldthwait, Peter & Stewie Griffin, and many more! Throughout his shows, you never know what will come out of his mouth next, as he plows through hot topics like religion & dating, saying what most folks think, but are afraid to say. 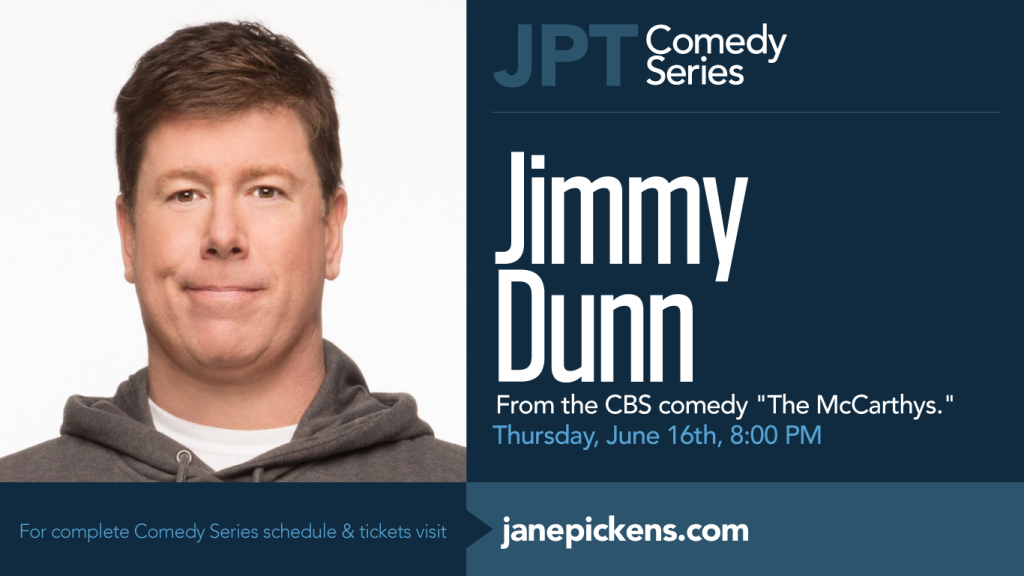 Tickets for all events can be purchased at http://www.janepickens.com/ comingattractions