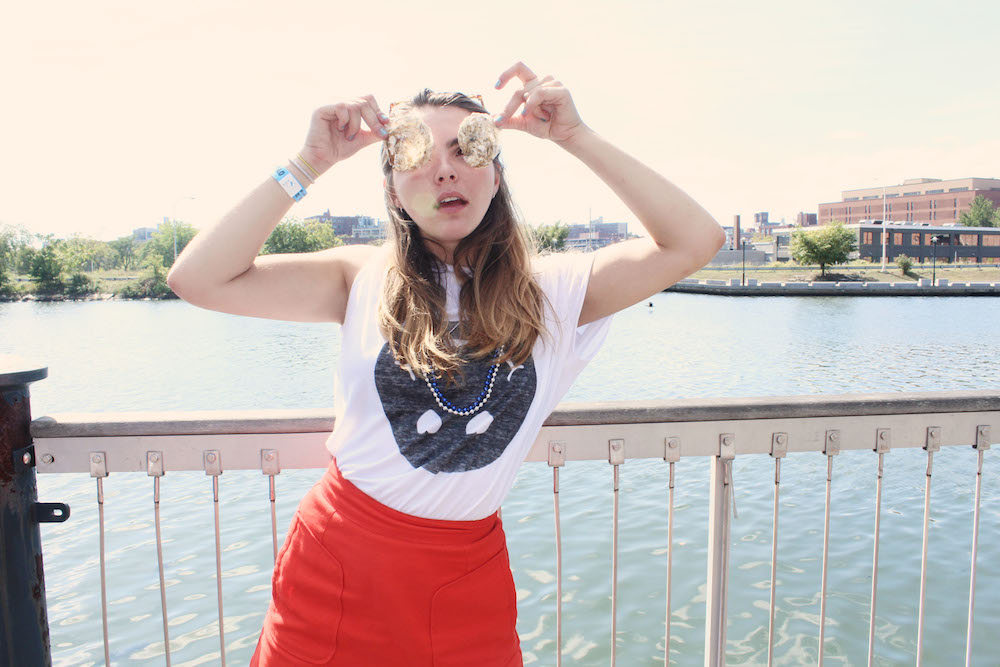 Every year, more than 6.4 million Rhode Island oysters are sold for consumption* and the number of aquaculture farms in the state has increased from 37 in 2010 to over 50 in the last year. Rhode Island is finally realizing the potential this industry will have in the years to come.

There are various resturants in Newport that include oysters on their menu, including Midtown, Scales + Shell, Benjamins and The Mooring. RIC student and shellfish enthusiast Mia Ceglie headed for an off-island adventure to Providence for The Ocean State Oyster Festival to see what the event had to offer. 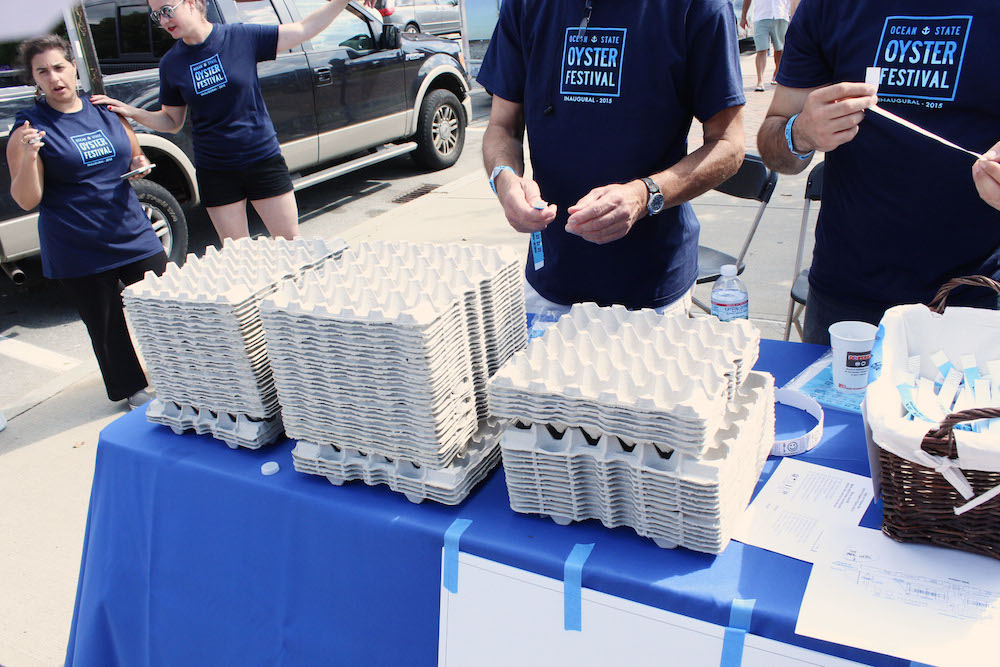 Saturday September 19th, was a big day for the oyster industry as 18 farmers got together to share their flavors and compete for Rhode Island’s Best Oyster! Mia and photographer, Visual Manor ditched their eco-friendly trays and spent the afternoon testing 1 shell from each booth (yes together they consumed 36 oysters). No reason to sit down with a tray…they were more on a “sip and dip” type method, moving directly from booth to booth. 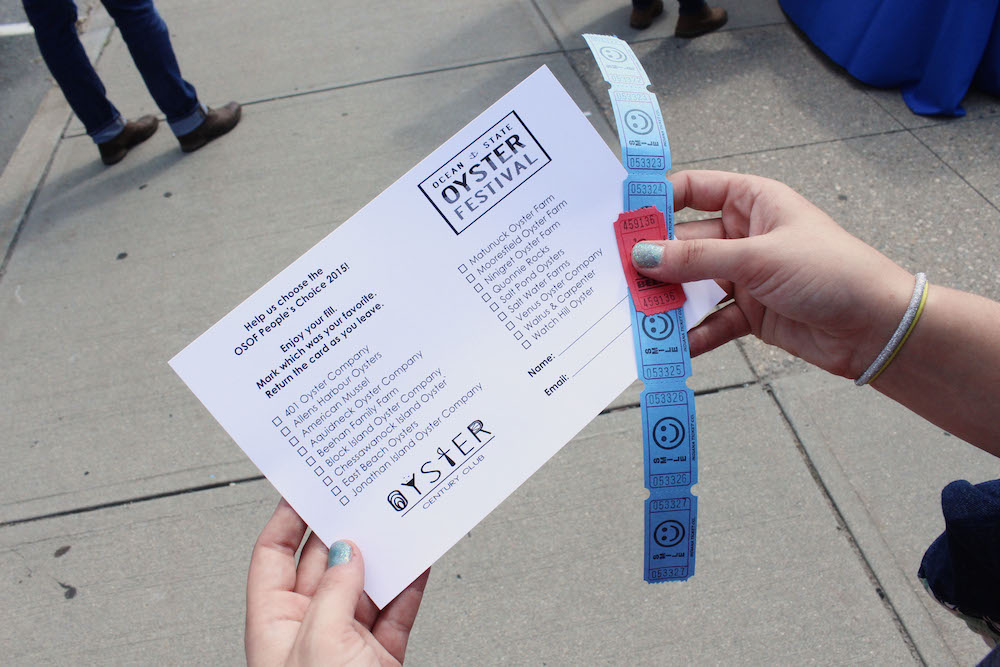 For $25, the passes include 6 oysters and 1 complimentary cocktail (not enough) – but thanks to a little distraction with a Zoe Karssen T-Shirt (available at The NEHC) many of the male vendors forgot to ask for a ticket. 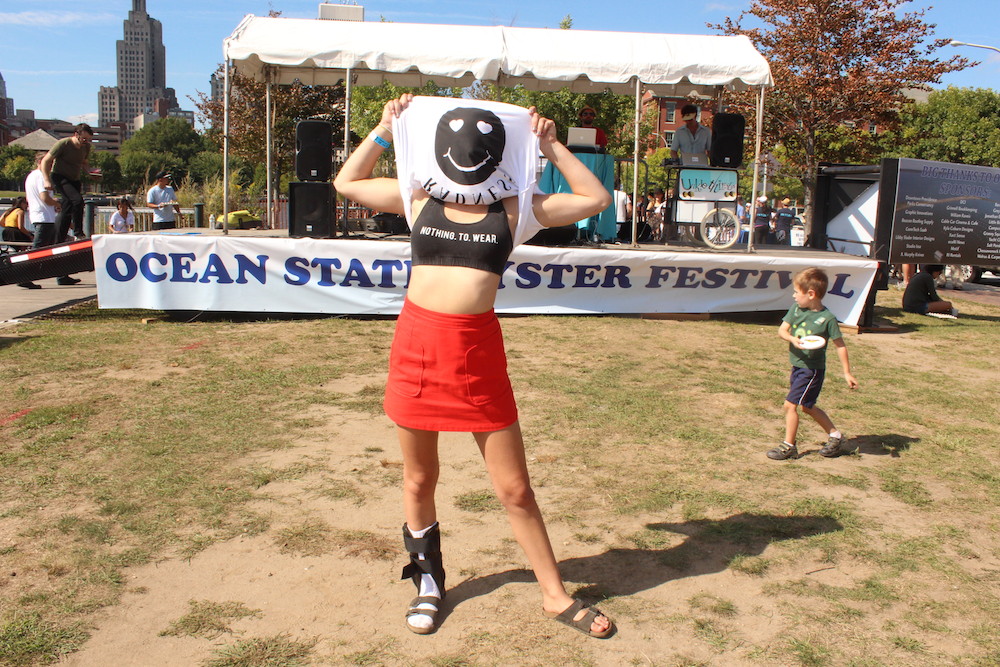 “It was hard to pick my favorite because I am obsessed with them all” says Mia. Here is her top six vendors that got her tastebuds salivating in salt. 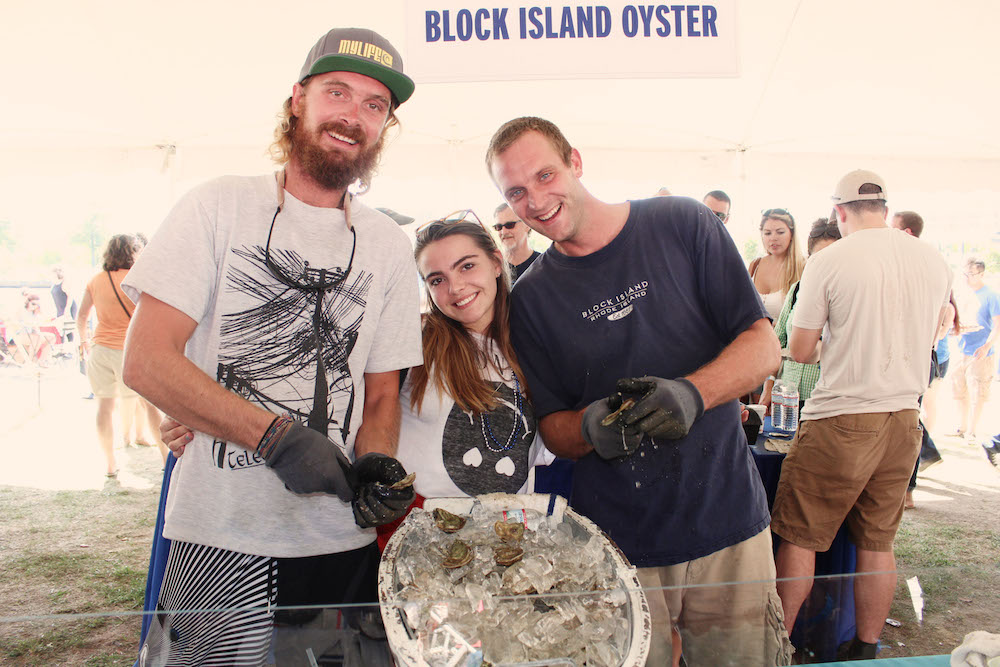 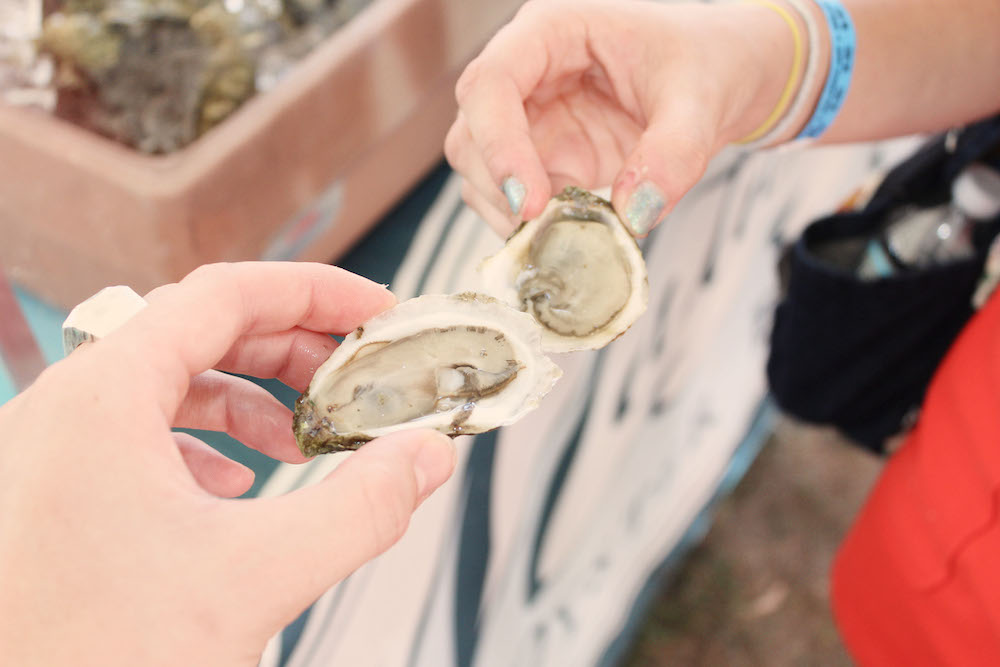 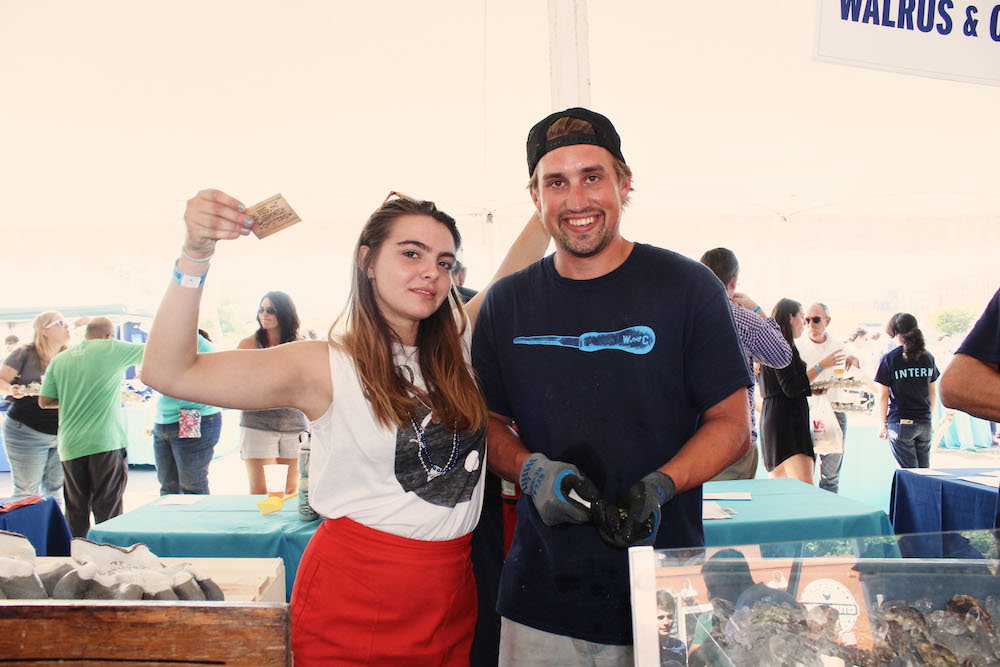 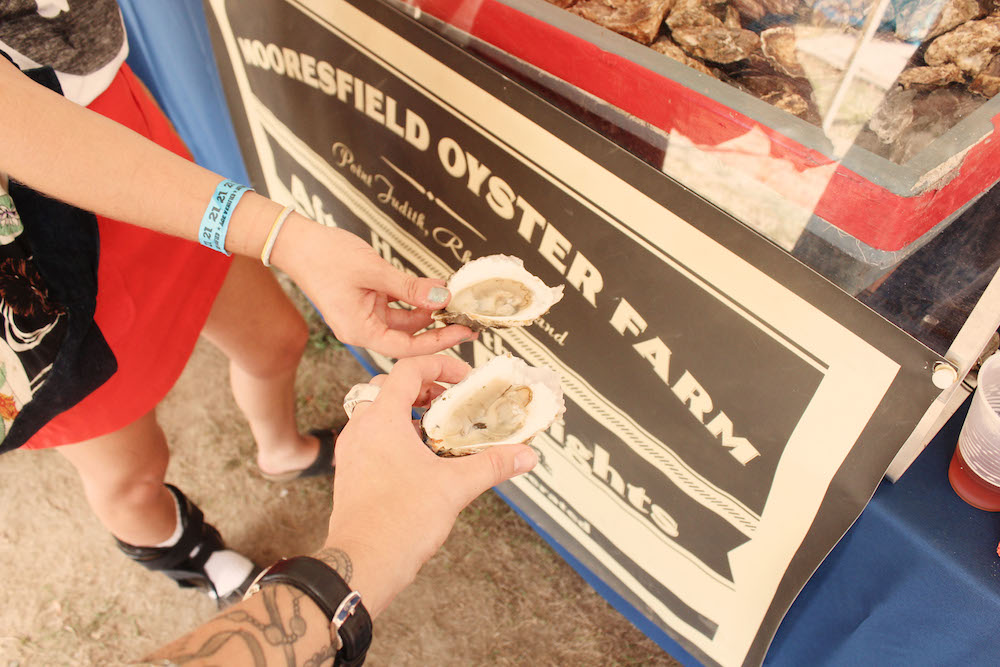 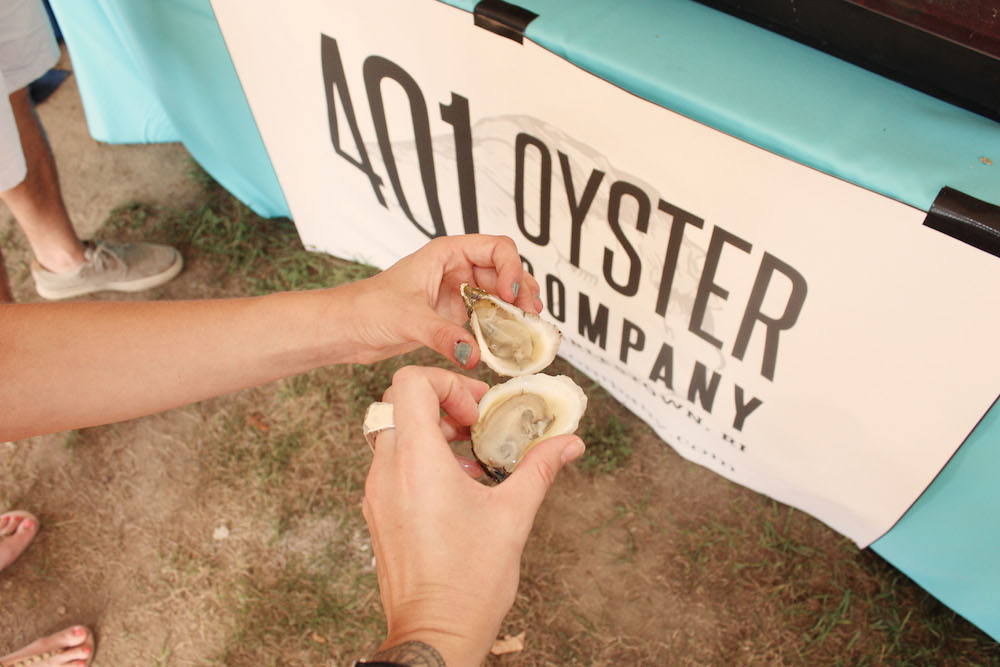 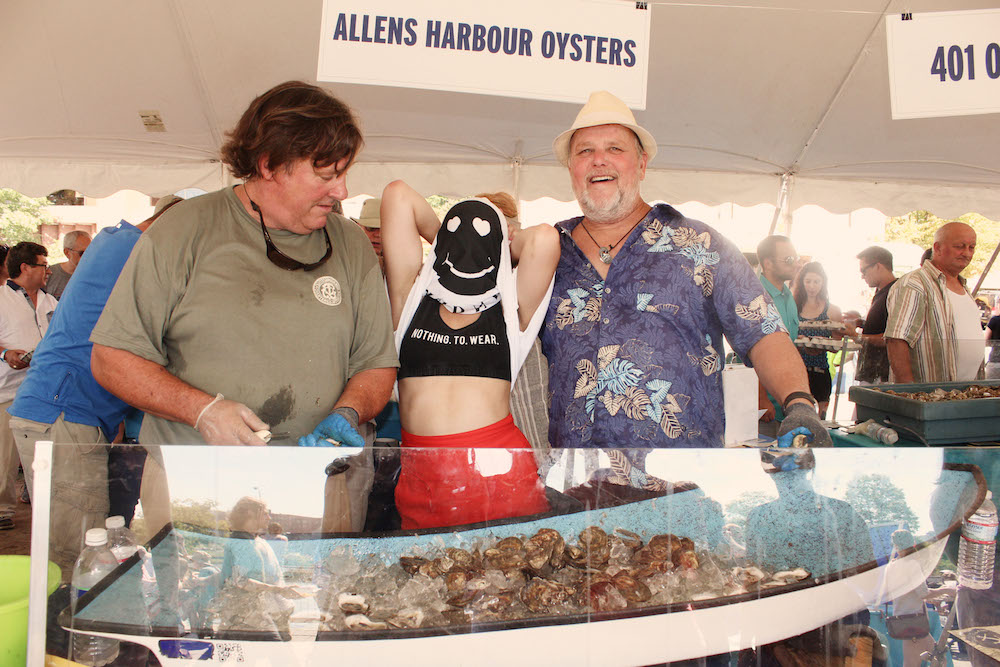 all photos by Visual Manor 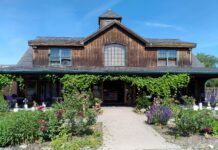 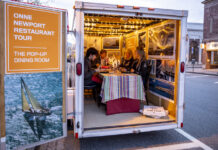