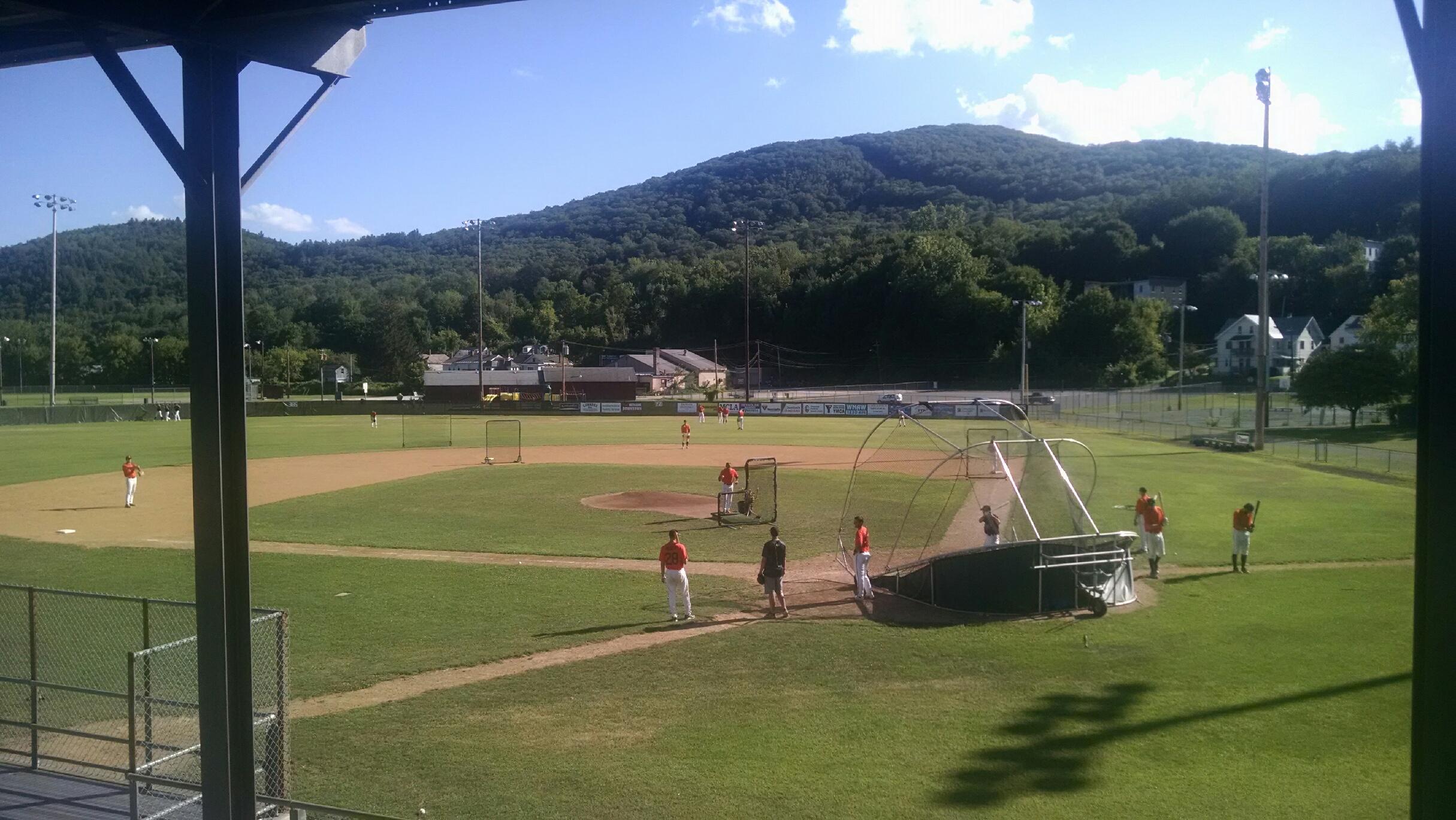 After spending the morning clinching the NECBL Southern Division with a 3-1, 12-inning victory over the Ocean State Waves in the conclusion of a rain-suspended game, the Newport Gulls could not pick up a second victory in western Massachusetts in the nightcap. The Gulls (27-15) dropped their final contest of the 2015 season to the North Adams SteepleCats (21-21) 4-0 at Joe Wolfe Field Saturday night.

The SteepleCats entered the night fighting for the third seed in the NECBL Northern Division playoffs with the Laconia Muskrats. The SteepleCats sent Matt Kostalos to the mound, and from the first pitch he was on against Newport. In three innings, Kostalos gave up one hit to Reed Gamache and struck out three Gulls.

For Newport, Derik Beauprez got the start. Through his first five innings, Beauprez labored but worked out of a big-time jam. In the second inning, he issued lead-off walks to Joe Deluca and Rob Calabrese. After a Mike Osinski fly out to right field, Jim Haley grounded to Liam Sabino in the hole. Sabino tried turning a double play, but the Gulls offense could not get even one out; the SteepleCats had the bases loaded with just one away. Conrad Zimendorf stepped in with a chance to blow the game open. Beauprez was able to get Zimendorf to ground to Sean Bouchard, who turned a double play to end the inning.

Beauprez was not as lucky in the fifth. After retiring Osinski and Haley quickly to start the inning, Zimendorf singled to left field. That brought up the DH for the SteepleCats, Mike Babb, who took a 1-0 pitch over the left-field wall for a two-run bomb. In the 6th inning, Beauprez again was able to get the first two outs easily, then struggled. Calabrese singled to right and Osiniski reached on a Max Beermann error. Haley singled, scoring Calabrese. With a runner at third, Haley got into a rundown, scoring Osinski before the final out of the 6th inning was recorded. With a 4-0 lead, the SteepleCats and their bullpen by committee were able to shut the Gulls down and take the final game of the season, as well as the season series against Newport two games to none. The win locked North Adams as the third seed in the NECBL North.

The Gulls will be in action in Game One of the NECBL Southern Division Semifinals against Southern Division rival the Ocean State Waves, tentatively scheduled for Monday night at 6:35 p.m. for the first of a best-of-three-game series. Rob Masse, Matt Tonis and Tim Scott will have the call on the NECBL Broadcast Network with extended pregame show coverage starting at 5:55 p.m. at newportgulls.com.