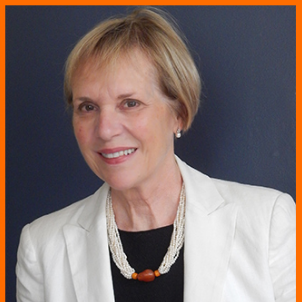 Here we share an election profile for Susan Taylor who is seeking election on Newport City Council At-Large.

Currently I am liaison with the following committees:

Legislative Liaison with the State House and Senate

In 2014 I decided on the Monday before the general election (so, less than 24 hours) to run a write-in campaign challenging the incumbent, who was running unopposed and was in favor of casino expansion rather than development of a potential innovation hub in the North End.  I ran on that single issue, sent out an email on the Monday, stood at the polling place with flyers on election day, and won 11% of the vote.

Being a leader in the city’s response to the pandemic, leading the way as the sole sponsor of the resolution requiring masks on our busy streets, and creating the Zorro Brigade where volunteers pass out masks and work toward changing people’s behavior around masks with upbeat messaging.  I’m also working to help businesses to reopen at a profit with increased outdoor space for seating.

Co-sponsoring the resolution for training in implicit bias, because at this moment in history we need increased understanding of the structural racism in our institutions.  We all, every person, need to show the respect necessary to approach this issue with genuine curiosity and an open mind.

Co-sponsoring the resolution for the moratorium on large-scale development in the North End so that our newly revitalized Planning Department could revise the City’s zoning code to bring it into compliance with the Comprehensive Land Use Plan.

I believe in government.  The mission of government is to protect our residents, and to serve as the voice of our residents in economic development,           and with state agencies.

My signature issues are to support intelligent and responsible planning for economic development which ensures real growth; this includes fiber optics and broadband, with a supportive climate for small businesses, expanded workforce housing, and ultimately with a heightened quality of life for our residents.  I will work together with neighboring communities to preserve and nurture open space, and to improve internet capability and resiliency measures.

I will work for improved educational offerings for Newport’s students, and believe a sound, 21st century building is essential to that.

I’m an attorney handling exclusively immigration cases at this time.  I have my own practice which I have run for nearly 30 years.  I started in Seattle and moved to New York City for twelve years before coming to Newport in 2007.  While in New York I handled some civil rights cases in addition to immigration.