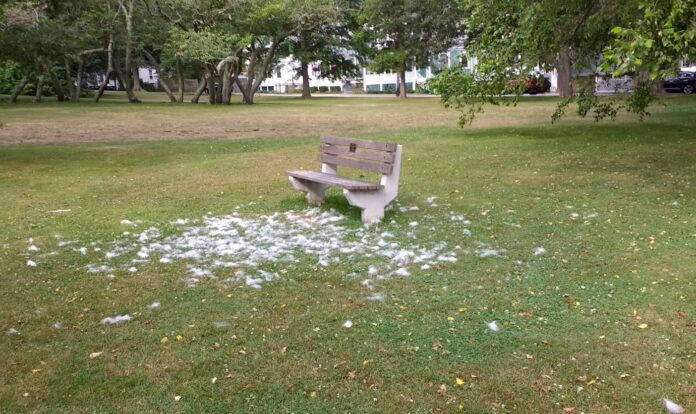 There are a lot of terrible things happening in the country and the world these days, and this is not one of them.

Nobody died, went hungry, was denied medical care, lost their job, got evicted, was mowed down by a drunk driver, copped a pardon or was treated rudely at the supermarket checkout.

Frankly, it’s barely worth mentioning. Except it’s a clue to whether we’re going to survive the actual, desperate crises that threaten to do us in: the Covid-19 pandemic, the collapsing economy, and the looming catastrophe of global warming.

Let me explain. The other morning, when my dog and I were walking at our favorite park – Newport’s Morton Park – I saw that somebody had left a big mess around one of the park’s benches.

I know, you’re thinking, “That’s your big clue to the end of the world?”

Maybe you’re open-minded enough to humor me by asking for more information, like “What kind of a mess?”

There was white stuff on the grass in front of and around the bench, as if a pillow had exploded, producing a mini-snow burst of goose feathers or some other stuffing.

But as a dog person, I’m making an educated guess about what may have happened: Somebody arrived with their fluffy, poofy, hairy pooch, plunked themselves down on a bench and proceeded to comb, brush or otherwise de-fur the animal, an arduous undertaking that probably took a bit of time and muscle to produce that blanket of canine hair.

Let’s get the exculpatory details out of the way. There’s nothing toxic about dog fur. It’s not like someone changed the oil in their car, letting several quarts of poison drain into the ground. There were no smashed beer or wine bottles; no fast-food containers, greasy napkins, stray French-fries, broken cups, plastic forks, and torn mustard packages; no unexploded fireworks casings; no discarded drug needles; no soiled diapers; no borrowed supermarket carriages; no over-the-hill truck tires, has-been couches, worn-out shoes, lost golf balls or after-party vomit.

It was just dog fur. And being organic, it’s a good bet that it would be washed and blown away in the next summer thunderstorm or otherwise would be broken down by sunlight and absorbed into the natural surroundings.

But in the meantime, the fur rendered the bench unusable. Who wants to sit in the middle of a mess? For however many days that bench was now off-limits, and the rest of the park was left just a bit less tidy.

And why? Because someone didn’t want to have dog hair all over their house or their car and decided to leave it at the park for somebody else to clean up. And who wants that chore? You go to a park to eat your lunch, let your kids play, to meditate, to walk your dog.

What struck me was how deliberate all of this seemed. Someone took himself and his pooch to a park; brought the right tool or tools to get all that hair off the dog; and made sure to toss the fur clumps far enough away to keep them off him and the dog. Then, just as deliberately, he left.

Here’s why it matters, taking the Covid-19 pandemic as an example.

The immediate solution to coronavirus depends on a lot of people deliberately, voluntarily, individually, thoughtfully doing small, unselfish things to help other people.

These small acts include keeping some distance between you and others around you, as well as remembering to wear a mask when you’re in close quarters; both of these small things can stall and reverse the spread of the virus.

The physical distancing part isn’t hard, even though it’s awkward and goes against our natural habits. Masks are annoying and uncomfortable. But these inconveniences are minimal compared to the calamity of an out-of-control pandemic, along with the economic byproducts – unemployment, homelessness, hunger, uncertainty, interrupted or lost educations, anxiety, dread, and hopelessness – that are as disabling and deadly as the disease.

Eventually, science will rescue us with a preventive vaccine and improved medical treatments. But to get to that point, most of us have to do slightly off-putting, small things to help each other. These cannot be enforced by police or coerced by social hectoring. The only way it works is for millions of people to be unselfish.

It doesn’t take much to make a mess or to clean one up. It took me just a few minutes, after seeing the fur around the bench, to drive home and return with a rake. And my one-time contribution hardly matches the dedication of a guy who lives across from Morton Park and who regularly conducts anti-litter patrols, using his own tongs and bucket.

He does this without fanfare, and seemingly without spending much time – although he probably puts more effort into cleaning up the litter than did those who produced it.

Morton Park, a block away from Bellevue Avenue and its fancy tourist mansions, is one of Newport’s open-space jewels.     The land was donated to the city in 1886 by Levi P. Morton, an investment banker and Newport summer resident, who served as vice president of the United States under Benjamin Harrison. The park was later designed by the famed landscaper, Frederick Law Olmsted, an architect of New York City’s Central Park.

The city and the Aquidneck Land Trust now partner to maintain the park. Its sweeping grasslands are carefully and regularly mowed. There’s a recently upgraded playground, a volleyball court, a wooded area, picnic tables, and a number of new wood-and-concrete benches, most of them sponsored by donors, who pay between $1,200 to $2,270 to designate them as memorials.

The plaque on the bench where I’m guessing a dog groomer sat says that it was established in memory of Joanne (Dias) Donnelly by her family and friends, who called her “Minnie.”

It’s impossible to know whether the dog groomer knew the background of the bench or the larger park.

And maybe I’ve got it all wrong.

Maybe – understanding that the fate of the country, and probably the world, depends on small, voluntary acts of selflessness by millions of individuals – he popped on his face mask when he and the dog left the park. And maybe, as they walked away, he kept a safe distance from others. 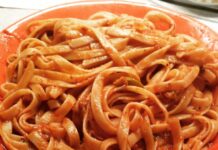 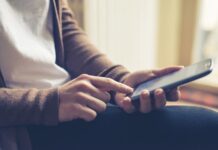 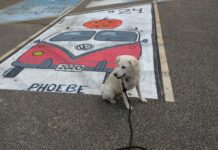 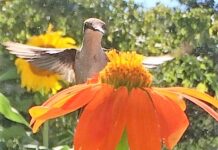 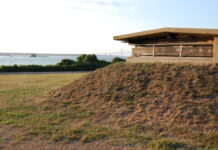 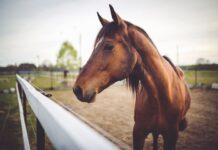