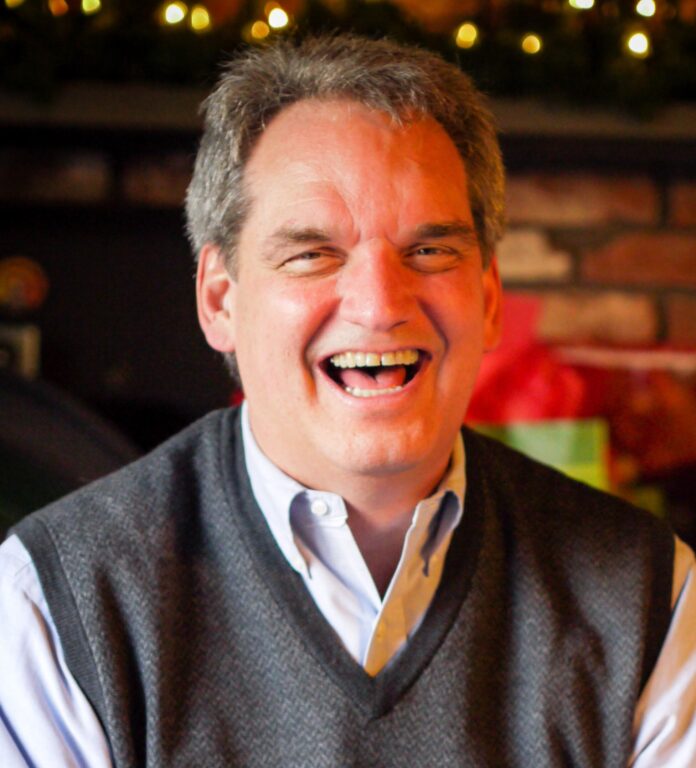 Ronald Guy Corriveau, 64, of Newport died in his home Tuesday, June 16, 2020, with his loving wife, Carole, by his side. He is finally free from the constraints and pains of a neurological disease.

Born March 8, 1956, in Woonsocket, RI, he was the son of the late Joseph Eugene Corriveau and Pierrette Corriveau of Bellingham, MA.

Ron attended Xaverian Father’s seminary in Holliston, MA and then graduated from St. Mary’s Regional Catholic High School in Milford, MA. He served in the US Army as a Military Police in Germany from 1974-1976. After serving in the military he attended the University of Massachusetts graduating with a BS in Political Science and Economics in 1980. Ron lived in many cities and countries, eventually settling in Newport after sailing into town to attend the world-renowned Newport Jazz Festival.

Ron was an entrepreneur and found great satisfaction in helping young people with big dreams. As a software executive, he helped grow several national and international companies. He was an advocate of bringing affordable high-speed internet to communities. His main contribution in life was his sense of teamwork, his generous spirit and constant optimism.

Ron was a big man with an even bigger heart who lived life to the fullest. He was passionate about people. For Ron, every day was a new exploration, a new celebration of big and small events. He was always quick to invite friends into his home to share a fabulous meal and wine and even better stories and laughter. Ron’s essence is well captured with a statement made by a new friend; “Ron just doesn’t make acquaintances, he makes friends”.

Ron was an avid sailor and concerned and active with ocean conservation. He enjoyed several offshore passages, including sailing from Wellington, New Zealand to Sydney, Australia. Ron and Carole shared many traveling adventures. He was particularly fond of Tuscany.

Ron will also be greatly missed by his two friends of fifty years, Frank Apicella and Joe Foglio. Together they enjoyed celebrating more than 30 Newport Jazz Festivals.

As soon as we can, we will celebrate Ron’s life in Newport.