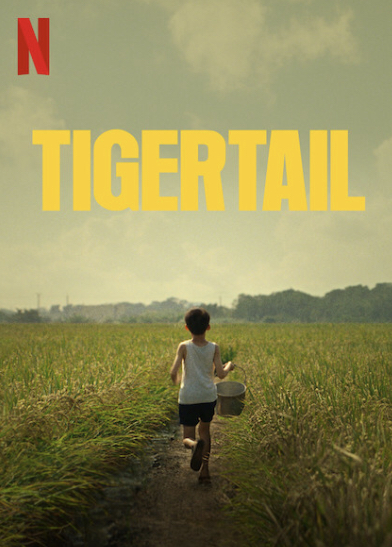 There’s an inherent difficulty that comes with making a film about the inability to connect. One of cinema’s strengths as a medium is how effectively it fosters a connection between the viewer and what’s on screen, and we instinctively want to form those connections, to find something we can invest in. Building a story around a protagonist who struggles to open up is all about managing the audience’s distance. Allow us too close and we cannot share their experience of isolation. Push us too far and we disengage completely, defeating the purpose of telling the story in the first place.  This is the challenge that Alan Yang, the Emmy-winning co-creator of Netflix’s Master of None, faced in making his debut feature, Tigertail.

Tigertail takes place over decades in both Taiwan and the United States, and is ultimately about one man’s attempt to reconnect with his daughter. As a young man, Pin-Jui (Hong Chi-Lee) dreamed of a better life in America, where he could leave poverty behind and his mother could retire from her factory job. Now older (Tzi Ma) and living in New York, he returns from her funeral in Taiwan to an empty, lonely life and begins to reevaluate the choices that brought him there. He decides to help his daughter (Christine Ko) through a difficult time in her life, hoping it will change him for the better, but he doesn’t know if he has it in him to work through their strained relationship.

On paper, Tigertail’s approach to this story is a promising one— by frequently cutting between the vibrant dreamer Pin-Jui was and the hollow old man he became, Yang gives us one version of him to invest in and another to feel distanced from, hoping to unite the best of both worlds. In execution, however, the routine nature of both the narrative and its presentation leaves the Taiwan section struggling to make an impact, hindering our ability to engage with the more compelling scenes in the present. This becomes most apparent once Pin-Jui and his arranged bride, Zhenzhen (Kunjue Li & Fiona Fu), move to New York City and momentary shifts into her perspective inject the film with much-needed life.

Still, for those able to find enough to latch onto, Tigertail does offer its share of richness. Though clearly invested in recounting an immigrant experience, Yang keeps the focus strikingly narrow, committed to his protagonist as an individual rather than as a representative figure. The film shifts between periods and languages in a natural, understated way, giving it a tone that is refreshingly grounded. The cast gives solid performances all-around, with Ma in particular doing an excellent job of embodying a man wanting to express himself without having the tools to do so. Sequences that highlight his performance stand out, but ultimately, they are only glimpses at the potential Tigertail never manages to fully tap into.