March is Women’s History Month, a time to celebrate the contributions of women in all aspects of our society. WhatsUpNewp reached out to successful women in several professions, asking just a few questions. We are running the responses throughout the month.

When looking at colleges in the 1950s, I was captivated by a women’s college brochure that showed a young woman jumping her horse over a hurdle.

My dad, who made his daughters feel they were as good as any man, said, “There are men AND women in this world.  You need to get along with both.”

So off I went to Iowa State University, where horses were for Vet Med students and home ec for most girls.

I fell in love with journalism by working on the student daily newspaper.

And I met the woman who became my hero: Lenore Sullivan, professor of Food/Nutrition.

When she demonstrated a pastry technique, I piped up with “That’s not the rule in our text.”

She replied, “First you master the rule.  Then you can break it. That’s how you learn.”

Dr. Sullivan encouraged us to challenge rules, to explore, to keep an open mind. (Plus, she shared a sinful hot fudge sauce recipe that I use to this day).

I loved learning about the whole exciting world of food, from grandma’s marinara sauce to a chef’s creation, from healthful greens to the most luscious ice cream.

When I joined the Providence Journal in 1982, Phillipe and Jorge in the alternative newspaper, wrote, “The new food editor is so open-minded that her brain might fall out.”

I chuckled over their wit and irreverence. They were right.

I never really felt a disconnect between men and women in the newspaper world.   Both were friends and mentors.

Men and women earned the same $75/week at the small daily where I worked in Illinois, my first real newspaper job.

I took a pay cut when I moved east and joined the Boston Herald in the early 1960s.

The union kept wages fairly even, but there was some divide in the early days.  A woman might do an editor’s job while categorized as editorial assistant, earning less than a man in a similar job. But I argued, nicely:  As food editor, I should be paid like a male section editor, not an office assistant.

Finally, I got the pay to go with the title.

I always felt lucky.  I did work I loved, with smart co-workers, meeting fascinating people.

By being persistent and working hard, I got the jobs.  If there wasn’t an opening, I wrote or called a year later to see if anything had opened up.  It worked.

Maybe it’s my layer of “Iowa Nice” over a backbone of “Iowa Stubborn”.

Lyrics from “Iowa Stubborn” in “Music Man” fit me: “We’re so by-God stubborn, we can stand touchin’ noses for a week at a time and never see eye-to-eye.  But we’ll give you our shirt, and a back to go with it, if your crop should happen to die…

Aunt Eller in the musical “Oklahoma” could have been me singing (if I could carry a tune), “I don’t say I’m better than anybody else, but I’ll be danged if I ain’t just as good.”

I descended from strong women, pioneers on the Nebraska frontier before it became a state.  My mother and grandmothers are my other heroines. They survived the Dust Bowl days of the 1920s and the Great Depression of the 20s and 30s. Women worked as hard as men, especially after a family lost the farm or business.

Destitute families were migrating toward California.  Men hopped west-bound freight trains, hunting for work. The train bisected our tiny town; hungry hobos knocked on the door.  My grandparents didn’t have much, but Grandma would bring out a dinner plate for them.

Dorthea Lang’s stark photo of the starving Dust Bowl mother hit close to home. I wanted to feed people and was drawn to the food side of newspapers.

I knew it was harder for people of color; it isn’t only about being a woman. Some have a double challenge.

One grandmother became an Indian rights activist, giving talks about the native people.  She lived on the Omaha Indian reservation for a time and was given a tribal name.

“The Indians were poor, but we were poorer,” recalled Mom.

The son of Grandma’s Native American friends later lived in town with my grandparents, to go to a better school

Until 1920, our grandmothers didn’t have the right to vote.  My other heroines are the suffragettes who fought for women’s rights.

These women eased the path for the rest of us.

Being a working mother in the 1960s-70s was hard.  It was painful leaving my children for long days. Day care was almost non-existent, Society was not supportive.

A woman principal said to my kindergarten son, “Your mother works, doesn’t she?  Do you think she’s a good mother?”

There was no maternity leave.  I quit my job at the Boston Herald when my first son was born and had to re-apply later.

Occasionally, I brought my sons to work on a Sunday and set them up with books and drawing paper in the deserted cafeteria while I wrote.  That’s how they met the late great Gwen Ifill, my assistant, who went on to fame on PBS. “Gwen kicked the candy machine so my candy would come out,” said my son, who adored her.

They got to meet Julia Child, got a recipe from Wade Boggs of the Red Sox, answered a phone call from chicken man Frank Perdue.  Having a working mom had its perks. And they learned to cook.

WUN: What advice would you give to a young woman starting out on her career?

Listen more than you talk.  You don’t learn while talking.  Be curious. Show a real interest in people.

Be persistent and hard working.  Believe in yourself.

If you don’t think you’re good, who will?

And remember the women before you who broke ground for us. 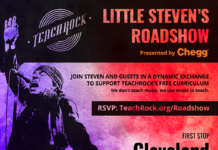 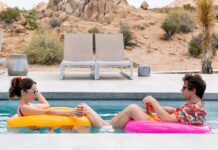 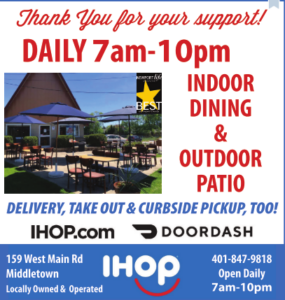