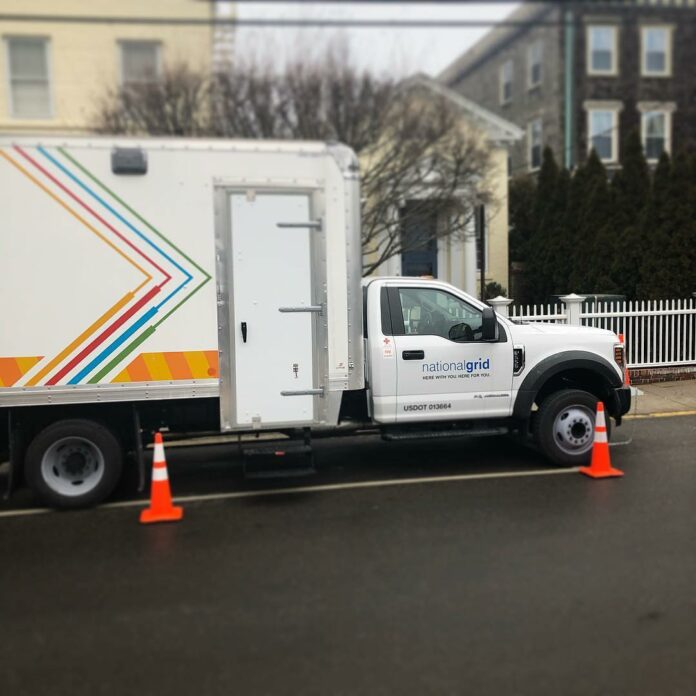 A year after more than 7,000 gas customers on Aquidneck Island were left without heat on a day that saw temperatures drop to 2 degrees, legislators are resolute to find solutions that will assure there will be no repeat of the outage that lasted several days.

Even though some corrective steps were taken, some legislators and others in local government are unconvinced enough has been done to alleviate fears of another similar episode that left many residents without heat, shut businesses, and saw pipes burst.

Local and state officials, from Newport Mayor Jamie Bova to Lt. Gov. Dan McKee, were frustrated with how long it took state and federal agencies to complete and release reports that identified the problem.

State Rep. Deborah Ruggiero, D-Dist. 74 (Jamestown and Middletown) called the leadup to the outage “a perfect storm of errors.”

“The DPUC (Department of Public Utilities and Carriers) report placed blame and rightly so on National Grid and Enbridge,” she said. It identified “failure of the Grid plant in Providence, the closure of the LNG storage facility at Naval Station Newport in 2010, extreme cold temperatures, and a valve not being programmed properly at Enbridge’s station in Weymouth, MA that caused the drop in pressure in parts of Newport and Middletown, and National Grid not correcting a faulty power system at its LNG plant that failed the previous year.”

The system had to be shut down at its “last stop,” Newport, and then re-pressurized. Enbridge, a Canadian company, is the pipeline operator. National Grid operates the distribution system.

While Bova believes the initial valve issue was resolved, she and others are concerned “about a longer-term solution.”

The larger “policy issue,” Ruggiero said, is “about gas pipeline infrastructure – what is Grid doing to maintain and update that structure?”

Ruggiero and Bova, like others look to alternative energy sources. And there is concern about Grid making the temporary LNG facility in Portsmouth, permanent.

“I want to make sure that the temporary LNG facility in Portsmouth does not become permanent,” said Rep. Terri-Denise Cortvriend, D-Dist. 72 (Portsmouth, Middletown). “I think the moth balled facility located on the Navy base is a more appropriate location.   I do have concerns with building new fossil fuel infrastructure when we should be developing and incentivizing programs that move us toward electrification of heating systems powered by renewable energy.”

State. Sen. Lou DiPalma, D-Dist. 12 (Little Compton, Middletown, Newport, Tiverton) agrees that the “temporary LNG source on Old Mill Lane in Portsmouth is most definitely not a long-term solution, nor does it provide the means to completely satisfy Aquidneck Island’s gas demands should a similar or more significant crisis occur.”

Legislatively, DiPalma was successful in the last legislative session winning approval for the development of a 22-member Senate commission that he hopes to lead and that will hold hearings in 2020 working to develop and implement a plan “to ensure Rhode Island has a Resilient/Reliable Gas/Electric Transmission/Distribution System.”

What was not approved last session, was a proposal from Lt. Gov. McKee that DiPalma said would have given the state more “teeth” by allowing the state to levy fines if an emergency plan was not in place. Similar legislation exists in Massachusetts and was instrumental as Massachusetts addressed gas line issues in Lawrence. It’s legislation that Bova said would “hold the utility companies more accountable.”

DiPalma said it is likely that legislation will be re-introduced in this legislative session.

Euer has said she’s extremely disappointed in the claims process “that took place after the outage was over. Our small businesses were left behind, and I believe we need to enact legislative changes to clarify compensation and reimbursement if an outage like this happens again.”

A lawsuit has also been filed by some of the businesses to recover lost revenue and other expenses.

The legislative delegation, Ruggiero said is also determined to assure that “the $25 million cost to National Grid is not recouped at the expense of rate payers…the $25 million that GRID spent in the outage MUST NOT be put on the backs of rate payers of Rhode Island. We are watching. The PUC MUST not allow Grid a rate increase to recoup these losses.

“Grid’s poor decision making, and lack of planning cannot be a burden to rate payers.”