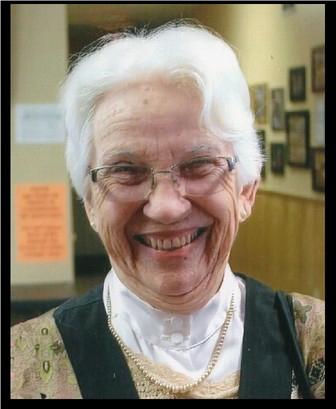 Little Compton, RI —Winifred Suzanne “Mickey” (Graff) Hall, a long-time resident of Little Compton, went to be with the Lord on Wednesday the 4th of December at Newport Hospital.

Born May 9, 1935 in Philadelphia she grew up in Springfield, Delaware County, PA. She was the daughter of Edwin Wesley Graff and May Sophia (Wacker) Graff and sister of May Grace (Graff) Tegler Walker.

Mickey received a Bachelor of Science in Elementary Education from Bloomsburg State Teachers College in 1957 where she met her husband of 62 years, Howard Samuel “Sam” Hall. Mickey was hired by Barrington College as director of the Barrington Early Childhood Center in Barrington, RI in 1969 where she taught for 25 years. When the college decided to build a school to house the program, Mickey and her husband designed the building adding such features as observation booths so college students and parents could observe the program in action. Upon her retirement, the playground at the center was named in her honor. She had a loving impact on hundreds of children and their families during those years of service. After retirement, she volunteered her time at the Steere House Nursing and Rehabilitation Center in Providence, RI leading the residents there with times of singing hymns, Christian devotion, and prayer. Mickey and her husband Sam would also often spend time fellowshiping with shut-in members of their church living at the John Clarke Retirement & Nursing Center in Middletown, RI.

Mickey was a longtime member of the First Baptist Church in America in Providence, Rhode Island. She was very involved in the church over the years where she taught Sunday School and was assistant superintendent and chair of the Christian Education Committee for several terms. Mickey also served as a deacon, member of the Nominating Committee, member of the Pulpit Committee, Social Committee, and Music Committee. She was also a delegate to ABCORI from 1990 to 1998.

Mickey loved going to church, working in her Little Compton gardens, walking on the beach, cooking and baking, traveling, spending time with family and friends, especially her loving husband. She had the special gifts of hospitality and encouragement which she shared with all who knew her.

Memorial gifts may be made to the First Baptist Church in America, 75 North Main Street Providence, RI 02093, Helping Haiti’s Orphans, PO Box 323 Wyoming, RI 02898, or the charity of your choice.

A Memorial Service will be held in celebration of her life at the First Baptist Church in America, Providence, Rhode Island on December 14, 2019 at 1:00 pm.