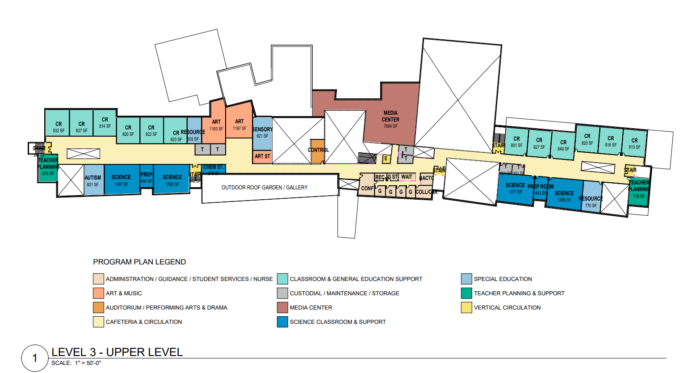 As plans progress to envision what a new Rogers High School could look like, the City of Newport and City and School officials are inviting all to join in a final Community Design Charrette hosted by the School Building Committee, this Thursday, November 21st.

According to the City, “Several City Council members are expected to be joining with their counterparts on the School Committee for this special session, which is due to get underway at 6 p.m. at Rogers High School, located at 15 Wickham Rd”.

The meeting is intended to provide a “deeper look” into what a new high school could look like before a final proposal is presented to the City Council in the coming months, according to the City.

The City said on Facebook, the proposal’s initial layout (photos of which are included here), as well as videos of the previous Community Design Charrettes, can be found on the School Department’s webpage at www.npsri.net