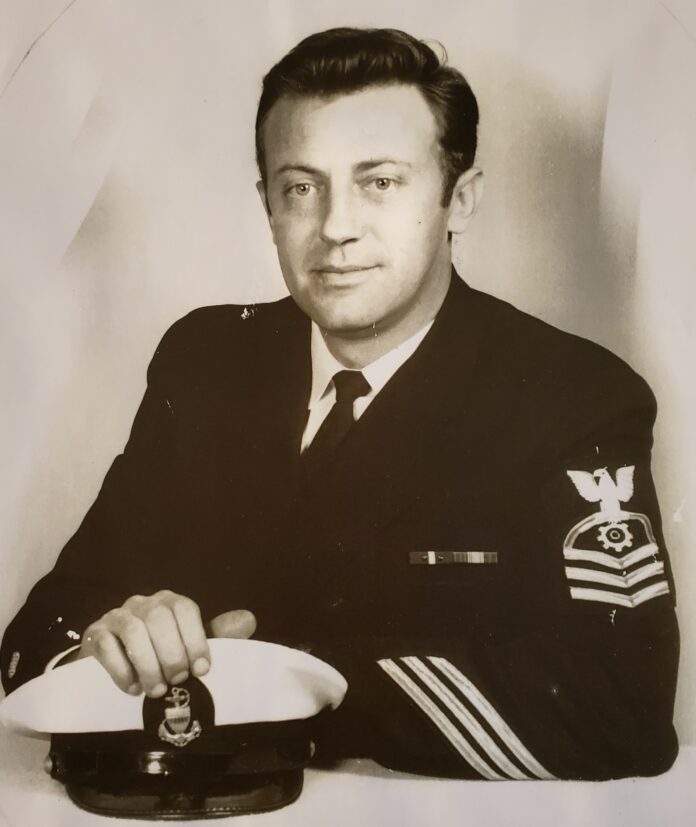 Master Chief Gerard M. Downing, Jr., USCG, Ret. (Jerry), 81, of Middletown, Rhode Island, passed away at Newport Hospital on November 3, 2019 with his family by his side.

Jerry was born in Newton, MA to the late Gerard M. Downing and Edith (Davies) Downing. He was the husband of the late Louise Mae (Alley) Downing.

Jerry is survived by his children, Gerard M. Downing III and wife Kim of Middletown, Steven B. Downing and wife Stacey of Middletown, Jill M. Hubbard and husband Leonard of Jamestown, and Peter W. Downing of Middletown. He, known as Poppy, also leaves his grandchildren, Joshua, Zachary, Emma, Eliza, Jacqueline, Frank, Hope, Steven, as well as 6 great-grandchildren. In addition to his family he also leaves behind his companion Jane Quintal.

Besides his parents, Jerry was preceded by his wife, Louise Mae Downing, his brother, Peter Howard Downing, and sister, Lisa Marie Downing.

He took on a new USCGC ship project being stationed onsite at Avondale Shipyard in New Orleans. The ship he commissioned and served on was the USCGC Munro (WHEC – 724).

His last USCG project (being a mechanical genius and leader), he was tasked to assemble a team of talented equals that could be deployed to get essential USCG/Navy assets back into service. The team name was “The Assist Team” based out of Boston. He retired out of USCG Boston. He retired as an E9 Master Chief Petty Officer.

Jerry retired young from the Coast Guard. He needed to keep busy, so he went into the boat building industry and then into a home improvement contractor.

Jerry was always available to help any and everyone. He would drop everything he was doing to help you. He was a lifelong, faithful parishioner of Trinity Church, Newport where he was known for his years of volunteering at the Trinity Church clambakes.

Calling hours will be held on Thursday, November 7, 2019, from 4:00-7:00 PM in the Hambly Funeral Home, 30 Red Cross Avenue, Newport. Funeral services will continue the following morning, November 8, at 10 AM, with a Thanksgiving of life service at Trinity Church, 141 Spring Street, Newport. Burial will follow at Newport Memorial Park, 123 Howland Avenue, Middletown.

Memorial donations may be made to “The Wounded Warriors”.