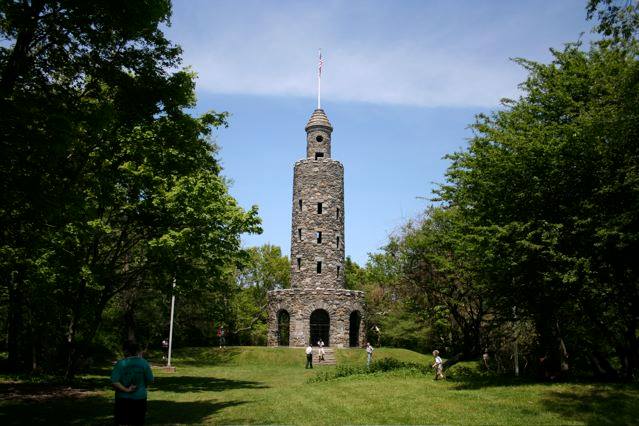 NEWPORT, R.I. — The City of Newport will be marking the Veteran’s Day holiday this year with a pair of public events on Monday, Nov. 11th.

Beginning at 11 a.m., the public is invited to join the American Legion Post 7, Newport, and the Veterans of Foreign Wars of the U.S., Conover-Leary Post No. 406 Newport, for the City’s annual Veteran’s Day Cermony outside City Hall.

The ceremony will begin at 11 a.m. and will include a wreath laying ceremony and remarks from local dignitaries. In the event of inclement weather, the ceremony will be held inside City Hall, in the second floor Council chambers.

In the afternoon, all are invited to climb the Miantonomi Park tower, which will be open to the public from 1 – 3 p.m. The tradition of opening the tower recognizes the historical significance of the stone structure as a memorial to the Veterans of World War I.

Completed in 1929, the 100-foot stone tower was designed by William Kendall of the renowned architectural firm McKim, Mead & White.The Park and Tower were set aside as a memorial to service members from Newport who died in World War I.  The Park is also on the National Register of Historic Places due to its history as a seat of power of the Narragansett Indians and its use as a lookout and military stronghold by Revolutionary War forces, both British and Colonial.

Adults and families are welcome but children must be accompanied by an adult. The interior stone steps, lead to a narrow metal staircase that ascends to the top observation deck. Located on the highest point in Newport, views of Providence and Block Island are common on clear days.

In honor of the holiday, City Hall and offices will be closed on Monday, Nov. 11th. Please note that the Waste Management Transfer Station will also be closed and as a result there will be a one-day collection delay for all trash and recycling pickups. .