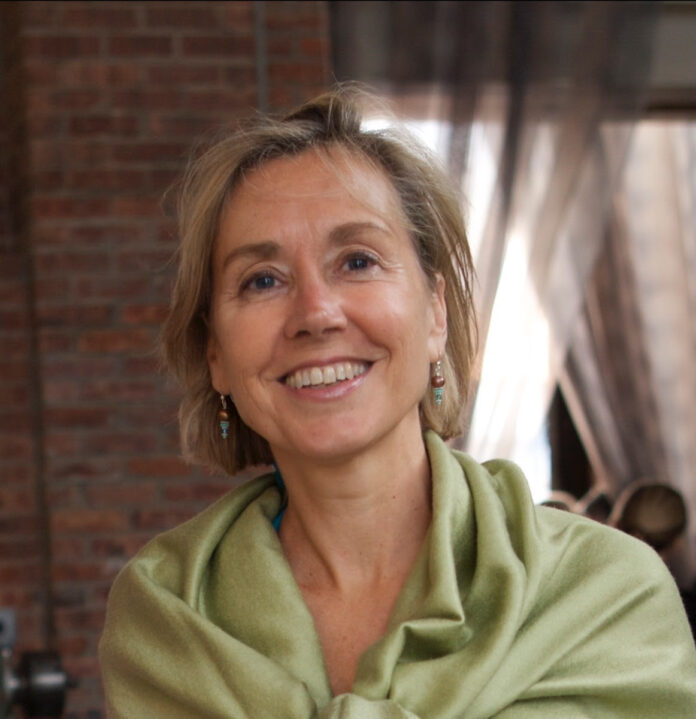 Presented at the Newport International Boat Show on Saturday September 14th, the Anchor Award is given to a person or organization who, by their work and efforts, brings international attention to the marine-trades industry in Rhode Island.

A writer with a focus on boating and the marine industry, Goss has covered the sport and its personalities for magazines published in the United States, Europe and Asia. She has also managed public relations and communications for marine organizations—promoting and reporting on the organizations’ programs and activities, and industry trends. She used a stint working on charter boats in the Caribbean while reporting for boating magazines to launch a career as a marine freelancer.

“Working in the Rhode Island marine trades was a highlight of, my career,” said Goss in a prepared statement. “I have had the pleasure of working with marine organizations around the world, but Rhode Island’s marine industry, unlike other areas of the world, has all the key elements: skilled workforce, visionary leaders, and policymakers who understand this industry. I am honored to be part of such an important industry in this region and to accept this award.”

Goss’ past clients include RIMTA, IYRS, US SAILING, and racing circuits such as the NOOD regattas and the International 50-Foot Class. She is co-author of Taking the Helm with Dawn Riley and Gary Jobson: An American Sailing Story with Gary Jobson. A lifelong sailor, Goss graduated from Trinity College in Hartford (Conn.) and now resides in Guilford (Conn.).

“We are honored to be able to present the 2019 Anchor Award to Cynthia,” said Wendy Mackie, CEO, RIMTA in a press release. “We selected her in recognition of the years of tireless work she has put in for RIMTA, the sport of sailing and the RI marine industry as a whole.”