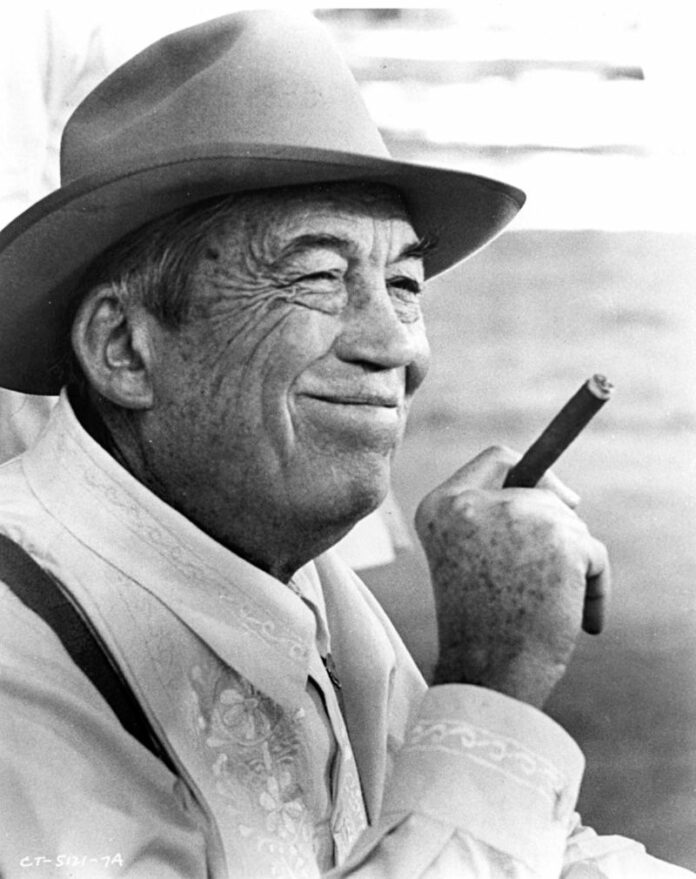 On this day in 1987, film director, screenwriter and actor, John Huston, died in Middletown, Rhode Island from pneumonia as a complication of lung disease.

Huston was in Rhode Island and rented a home in Middletown for his work as producer and co-writer of Mr. North (1998), the last film he would ever work on.

Mr. North, which was being filmed in Newport and Bristol, Rhode Island, was being directed by Huston’s son Danny and Huston’s daughter Anjelica was one of the stars of the film.

Huston reportedly personally asked Robert Mitchum to take his part in Mr. North after he was hospitalized with pneumonia. Mitchum filmed the role during a break from War and Remembrance (1988).

Before becoming a Hollywood filmmaker, he had been an amateur boxer, reporter, short-story writer, portrait artist in Paris, a cavalry rider in Mexico, and a documentary filmmaker during World War II.

Huston was a citizen of the United States by birth but renounced U.S. citizenship to become an Irish citizen and resident at one point. He returned to the United States, where he lived the rest of his life.

Huston was married five times and had five children.

Huston is interred next to his mother in the Hollywood Forever Cemetery in Hollywood, California.

According to Wikipedia, Huston has the following filmography credits to his name;