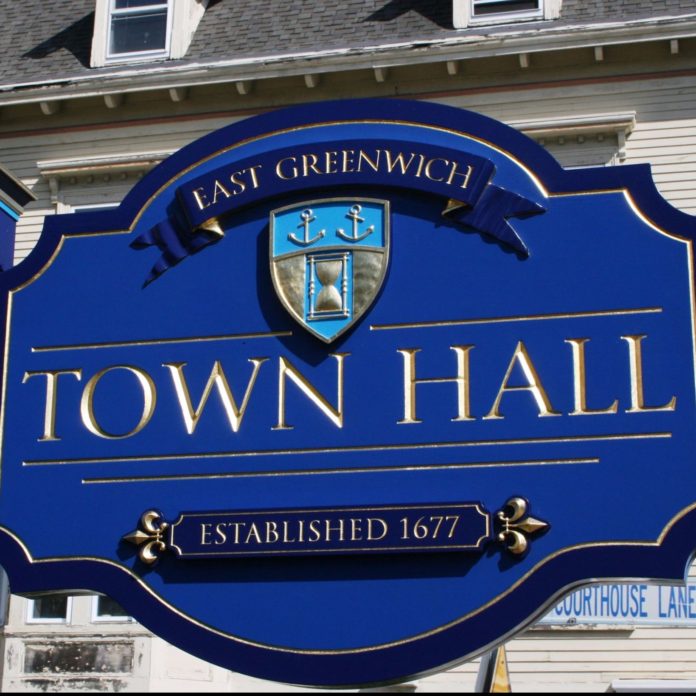 Andrew Nota, in his sixth year as town manager in Jamestown, will likely become town manager in East Greenwich when that council meets on Monday to formalize his contract. His hiring is what Nota said is likely the “last chapter” in repairing relationships between town employees and the town administration, relationships that deteriorated in the short tenure of Gayle Corrigan. She was fired last December after less than two years on the job.

The Jamestown Council is meeting tomorrow (Friday) to begin its process of replacing Nota, who plans on remaining on the job in Jamestown until the end of August, before starting in East Greenwich at the beginning of September.

East Greenwich Public Works Director Joe Duarte has been serving as interim town manager. The council voted in early July in executive session to enter negotiations with Nota. Nota will receive a salary of $150,000 a year.

Nota, with 28 years of municipal government experience said what he brings to East Greenwich is “professional managerial perspective.” He said he’s following “a situation that unfortunately for the community didn’t work.”

He praised the council for taking steps to “restore confidence and loyalty,” successfully negotiating contracts with unions representing employees that had been at odds with Corrigan and making some key appointments to administrative positions.

Corrigan was fired after voters last November turned out the mostly Republican Town Council, replacing it with all-Democrat Council. Mark Schweiger had been the only Democrat on the previous council, often standing alone in opposition to the remainder of the council.

Schweiger, in a news release, praised Nota as “a goal-oriented team leader with a demonstrated record of success in strategic planning and management of municipal operations and finance.”

Corrigan came to East Greenwich with the strong recommendation from former State Supreme Court Justice Robert Flanders, who was the unsuccessful Republican candidate for U.S. Senate in a bid to unseat Sen. Sheldon Whitehouse.

Corrigan and Linda Dykeman had worked with Flanders as consultants during the Central Falls bankruptcy. Corrigan hired Dykeman as finance director in East Greenwich, and together they unveiled a plan to overhaul the school system’s fiscal structure, comparing conditions to Central Falls. Dykeman resigned a month before Corrigan was fired.

Nota has also held leadership positions in a variety of organizations, including vice president of the League of Cities and Towns. He’s also served as treasurer of the South County Tourism Council, among other organizations.

He has bachelors’ degrees from the University of Rhode Island in management and finance, and a Master’s in Business Administration, also from URI. He also has a law degree from New England Law.

Nota and his wife, Michele, have three grown children. They currently live in Jamestown.