Last night at Gurney’s Marina and Resort, 400 hundred sailors from 21 teams representing six countries, joined sponsors and race organizers at the elegantly-staged Welcome Reception for the12 Metre World Championship hosted by Ida Lewis Yacht Club and organized by the International Twelve Metre Association’s (ITMA) Americas Fleet. Today, the same sailors took to the waters of Rhode Island Sound for their second day of racing in a five-day, nine race series that has the eyes of all the sailing world trained upon it.

A postponement on the water pushed a scheduled 11 a.m. start back to 1:15, but it was worth the wait when a barely-there breeze picked up to 8-12 knots. Each of five divisions sailed two races to add to their two-race score line from yesterday, and new leaders emerged in three divisions.

In Vintage Division, Nyala (US-12), the second of two Italian teams fielded by Luna Rossa Syndicate head Patrizio Bertelli (the other is Kookaburra II (KA-12) in Grand Prix Division), replaced Onawa (US-6) at the top of the scoreboard by posting two bullets in each of the twice-around windward/leeward races. Skippered by Mauro Pelaschier, Nyalawon last weekend’s 12 Metre Pre-Worlds.

In Modern Division, Challenge XII (KA-10), skippered by Jack LeFort of Jamestown, R.I., also won both races to finish ahead of yesterday’s leader Courageous (US-26) in cumulative standings, while in Traditional Division Columbia (US-16),helmed by owner Kevin Hegarty of Newport, R.I. and skippered by Anthony Chiurco of Princeton, N.J. finished with a slim lead over American Eagle (US-21); only one point separates them going into tomorrow’s racing.

“It’s the closest racing we’ve had in a long time,” said Hegarty. “In the first race we edged out American Eagle by only one boat length at the finish.” Hegarty was project manager for a refit on Columbia in 2001, then served as captain of her for six years before he bought her because he loved her so much. “I consider myself not so much her owner as her caretaker,” he said. “She’ll be around a lot longer than me. I’ve been sailing in Newport a long time and I’ve never seen anything like what was out there today; I wish I was on a spectator boat to see the beauty of these boats all together.”

Legacy (KZ-5),helmed by Thomas Andersen with fellow Dane Jesper Bank serving as tactician, continued to dominate today and has a perfect score line going into tomorrow, but with five races to go, second-place New Zealand(KZ-3) has a chance to catch her.

In 12 Metre Spirit Division, America II (US-46), skippered by Michael Fortenbaugh of Jersey City, N.J. remains the leader over its single opponent America II (US-42). Both boats are from the New York Harbor Sailing Foundation, also based in Jersey City, and are raced by members of the Manhattan Sailing Club.

“We’re amateurs,” said Fortenbaugh, “and we thought it would be better for everybody if we could match race in our own division, so we wouldn’t interfere with anyone. We consider ourselves as good guests.”

Fortenbaugh also reflected on the significance of the fleet that sailed today. “The reason we acquired these boats is because we think this class is the most important class in American yachting history, and we want to preserve these boats for the next generation.” 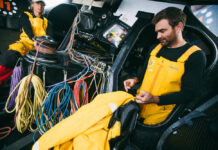 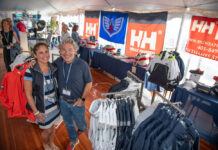 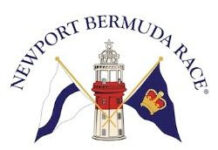 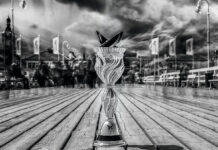 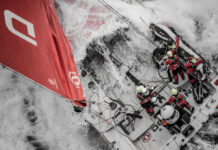