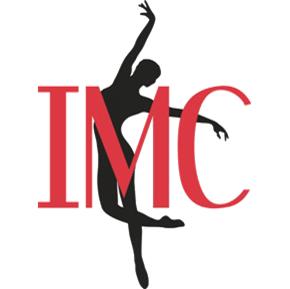 Island Moving Company has announced Convergence, an evening of contemporary ballet featuring the restaging of Modern Dance legend Jose Limón’s 1958 masterpiece Mazurkas and the world premiere of commissioned works by Tina Kay Bohnstedt and Danielle Genest. Performances are scheduled for May 10 and 11 at 7:30 pm at the newly renovated Gamm Theatre in Warwick.  Curated by Artistic Director Miki Ohlsen, Convergence  is designed to showcase the company’s 12 nationally and internationally recruited dancers in an intimate 300 seat setting.

In a 2013 review describing Jose Limón’s Mazurkas, New York Times critic Gia Kourlas noted, “Its technical and unpretentious full-bodied movement is the draw.” Set to music by Chopin, Mazurkas was created to honor the spirit of the people of Poland after a visit the choreographer made to the country in 1957. The piece has been re-staged for local audiences by dance pioneer Sarah Stackhouse who came of age as a dancer in New York City during the 1960s. In 1958, she joined the José Limón Company, working also as Limón’s assistant at the Juilliard School. The choreographers and dancers with whom she worked and studied during this time include—in addition to Limón—Martha Graham, Alvin Ailey, Merce Cunningham, and the ballet great, Anthony Tudor. Limón’s Mazurkas is presented by IMC with support from the Kiven Family Foundation.

Convergence will include the premiere of guest choreographer Tina Kay Bohnstedt’s Voices Around the Table set to music by Rachmaninoff. Bohnstedt began her dance training at the Heinz-Bosl Stiftung Ballet Academy in Munich, Germany, and became a Principal Ballerina at the Bavarian State Ballet, Germany, and Diablo Ballet, California. Bohnstedt toured internationally to China, Italy, Korea, the Philippines, Poland, Belarus, Spain and Switzerland. She served as a Ballet Mistress with Houston Ballet, and currently trains aspiring dancers in Houston, TX.

Providence cellist Adrienne Taylor will perform live from the stage in accompaniment to Genest’s Night Vision, which was debuted at Newport’s Rosecliff Mansion in March 2019. In addition to IMC, Taylor’s collaborative credits include engagements with Kronos Quartet, the Sphinx Virtuosi and Yo-Yo Ma’s Silk Road Ensemble. The evening’s live music is made possible with support from Dominique Alfandre & Thomas Palmer.

The program is completed with two additional pieces from the company’s repertory: La Tierra Giro commissioned by Joya Hoyt in 2015, and Kindred/two hearts 1952-1985 which debuted in 2018. Both are choreographed by IMC Artistic Director Miki Ohlsen.

Opportunities to underwrite the evening’s new works are available, and tickets are available at $49 or $69 online at www.IslandMovingCo.org or over the phone at (401)847-4470.

Under the leadership of Artistic Director Miki Ohlsen for 37 years, Island Moving Company has produced and presented dances by a diverse group of choreographers, working with musicians, poets, and visual artists. IMC is known for its creative use of unusual venues, creating site specific work at Rosecliff Mansion, Belcourt Castle, the Tall Ship Oliver Hazard Perry, the Great Friends Meeting Hall, Fort Adams, and other notable sites across Newport County.

IMC works extensively with students k-12 in curriculum based movement residencies throughout R.I. and Massachusetts impacting over 3,000 children annually. Additionally, IMC operates the Newport Academy of Ballet which provides pre-professional afterschool dance training to over 175 students a week from across Rhode Island.