Newport-based NPT HealthWorks, a provider of physical therapy, athlete support, nutrition and wellness consultation, has confirmed with What’sUpNewp that they have been named as an Official Supplier of New York Yacht Club American Magic, a U.S. Challenger for the 36th America’s Cup.

American Magic was formed in 2017 to win the America’s Cup, the highest prize in sailing and the oldest trophy in international sports.

According to NPT Healthworks, “American Magic’s primary base is in Rhode Island, with the team also maintaining a winter base in Pensacola, Florida. American Magic is currently conducting athlete performance development and training at both locations with assistance from NPT HealthWorks”.

“When it comes to athlete health and injury prevention, NPT HealthWorks can provide the level of excellence and depth of experience needed by an America’s Cup team,” said Ryan West, Head of Athletic Performance for American Magic in a prepared statement sent to What’sUpNewp. “The physical demands of sailing an AC75 will exceed what has been asked of Cup sailors in the past, which underscores the challenge in front of us. NPT HealthWorks will play an important role in our success.”

Currently, seven America’s Cup teams from around the world, including a second U.S. challenger, Stars & Stripes Team USA, are preparing to compete on AC75 class boats, an advanced 75-foot foiling mono-hull powered by 11 sailors in the 36th America’s Cup in Auckland, New Zealand in 2021.

“As a company passionate about helping individuals make better and informed decisions about their health, NPT HealthWorks is extremely excited to help the athletes and shore staff of American Magic perform at a high level, avoid injury, and recover efficiently from the rigors of a cup campaign,” said Dr. Daniel Hatch, owner of NPT HealthWorks in the statement. “Our knowledgeable and talented massage and physical therapists love working with sailors of all levels and we are honored to be part of this campaign to bring the America’s Cup back to Newport.”

As far as other local sponsors and partners. on February 13th American Magic announced Sail Newport as a Sailing Community Partner.

For more of our coverage on American Magic, click here.

Do you have news, a tip, a story idea, or something that you think would be of interest to our readers? Let us know! Email Ryan@whatsupnewp.com. 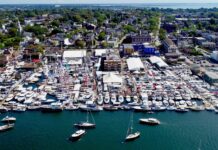 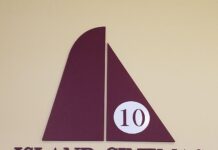 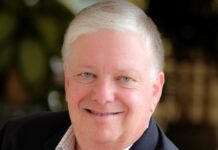 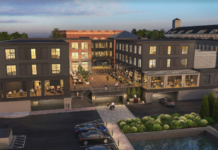 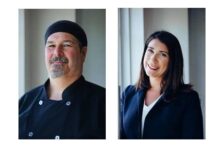