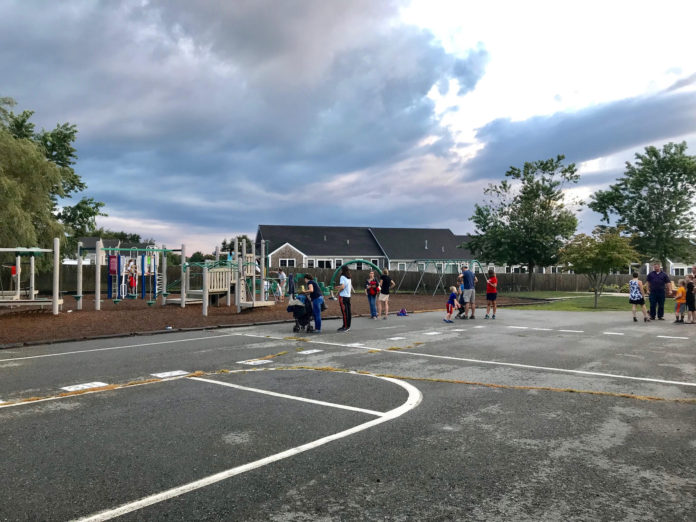 The project, being spearheaded by the volunteer Parent Teacher Group, provides the state-of-the-art playground the school needs and deserves.

Organizers said the old and outdated playground on the southern side of the school will be replaced as part of the effort. A new piece of climbing equipment will be installed during the first phase, which is expected in upcoming weeks. In subsequent phases, slides, swings and other pieces of fun, inclusive gear is planned. M.E. O’Brien & Sons, Inc. of Medway, Massachusetts is overseeing the project.

To date, money for the playground comes entirely from school-based fundraising efforts, not local tax dollars. A wildly successful “Whooo’s Reading” Read-A-Thon where students read more than 42,000 minutes this fall helped generate much of that support. Several fundraisers are planned through the end of the 2018-2019 school year, with every dollar raised helping to support the playground campaign.

Principal Beth Hayes said in a prepared statement, “Here at forest Avenue School we know that to educate a child, we must educate the whole child. Opportunities to run and play engage the child not only in physical health, but give them a chance to develop skills in independent as well as collaborative play, problem solving and many other skills necessary to grow up in today’s world. Our children work hard all day in class and we believe it is important to allow time to be a child and play, both before school and in the middle of each school day. “

Danielle McCarthy, PTG president agrees. Her eight-year-old daughter Lorelei Elshant loves recess and other chances to play outside with friends. “Our kids need a safe, fun space to play, exercise and get fresh air. For my child and others, they’re much better learners when they’ve had a chance to run, jump, climb and play.”

As the weather allows, more than 300 students use the playground daily during school hours. And with the student population at the Forest Avenue school on the rise, there’s more of a demand on the playground than ever before. The existing playset also gets used before and after school as well as during off hours as one of the few community playgrounds on Aquidneck Island. Organizers said the way the new playground is designed, it allows more children to play at one time in a safer manner.

Organizers thanked the school, building Principal Beth Hayes, teachers, staff, students, parents, the Middletown School Committee and others who’ve assisted the effort. They also credited Middletown town and school maintenance crews, who worked together this fall to remove part of the old playset and create a space for the new climbing apparatus.

“We all love our school, but the playground needs some updates and expansions,” McCarthy said in the prepared statement. “That’s why the PTG – and the rest of the Forest Avenue community – made this project a priority. It’s tough when you have 300 kids waiting in line for one set of monkey bars and we’re looking forward to seeing the plans come together with the help of the community.” 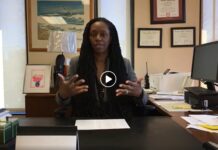