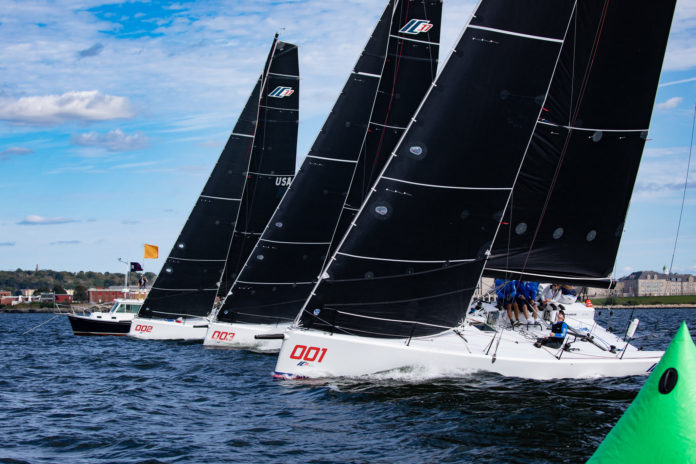 The New York Yacht Club’s 2019 sailing season kicks off with a regatta that can trace its roots back to before Lincoln was president and ends with a one that will take place for the first time. In between those two events are three months of sailing covering a broad swath of the sport. From team racing to ocean racing, 2019 is a year that will embrace and showcase the Club’s 175 years of yachting innovation and leadership.

“The upcoming summer sailing season is a special one for the New York Yacht Club,” says Commodore William P. Ketcham. “We will celebrate the Club’s 175th anniversary with a variety of events, including a special invitational Anniversary Regatta in July and the Club’s 31st race across the Atlantic Ocean, which starts from Newport in late June. The return of the Swan American Regatta, which will be run as part of the 165th Annual Regatta, will make North America’s oldest annual sailing competition that much more special. The season will conclude with two events that many people are looking forward to, the sixth Rolex New York Yacht Club Invitational Cup and the inaugural Melges IC37 National Championship. The Club has committed significant time and resources to the creation of the innovative IC37 raceboat. We’re eager to see this fleet of truly one-design 37-footers in action.”

The IC37 (top photo) is a Mark Mills design that is being built by Westerly Marine in California and FIBRE Mechanics in the United Kingdom. North Sails supplies the required one-design sails, while class rules mandate an all-amateur, coed crew. The Club’s fleet of 20 boats, which will be used for member charter and for the Rolex New York Yacht Club Invitational Cup, will be ready this coming spring. Between five and ten privately-owned boats are anticipated to join the Club’s fleet for the nationals in late September.

Other highlights include the Leukemia Cup, the One-Design Regatta, which is gaining recognition as a must-do event for keelboat and sportboat aficionados, the historic Queen’s Cup and the trio of nationally-recognized team races the Club hosts every August.

“I’m very proud of the schedule we have put together,” says Arthur Santry, the chair of the Club’s Sailing Committee. “We have something for just about every type of racing sailor. It’s always a pleasure to welcome the racing public to Harbour Court. We treasure the respect sailors from around the world hold for this Club and strive to make sure that everyone who participates in a New York Yacht Club regatta enjoys a first-class experience both on and off the water.”

Race documents and event information for the 2019 regattas are being posted as they become available to NYYC.org. The full 2019 sailing schedule is below.