A year ago, the host New York Yacht Club won the Grandmasters Team Race for the first time by the thinnest of margins. This year, the home team emphatically defended the title, compiling the most points in the round robins and then losing just one of six races in the knock-out portion of the event.

“We had the same team as last year,” says Ted Moore, skipper and team captain for the New York Yacht Club squad. “We’ve all done this a whole bunch of times so we didn’t have to talk to each other. Everybody knew what the other person was supposed to do, and they just did it. Last year we were lucky to win because we were tied with Newport Harbor, which could’ve gone either way. It was not overwhelming or dominant. This year felt different because we were ahead most of the time and most of the time were winning [individual races] comfortably.” 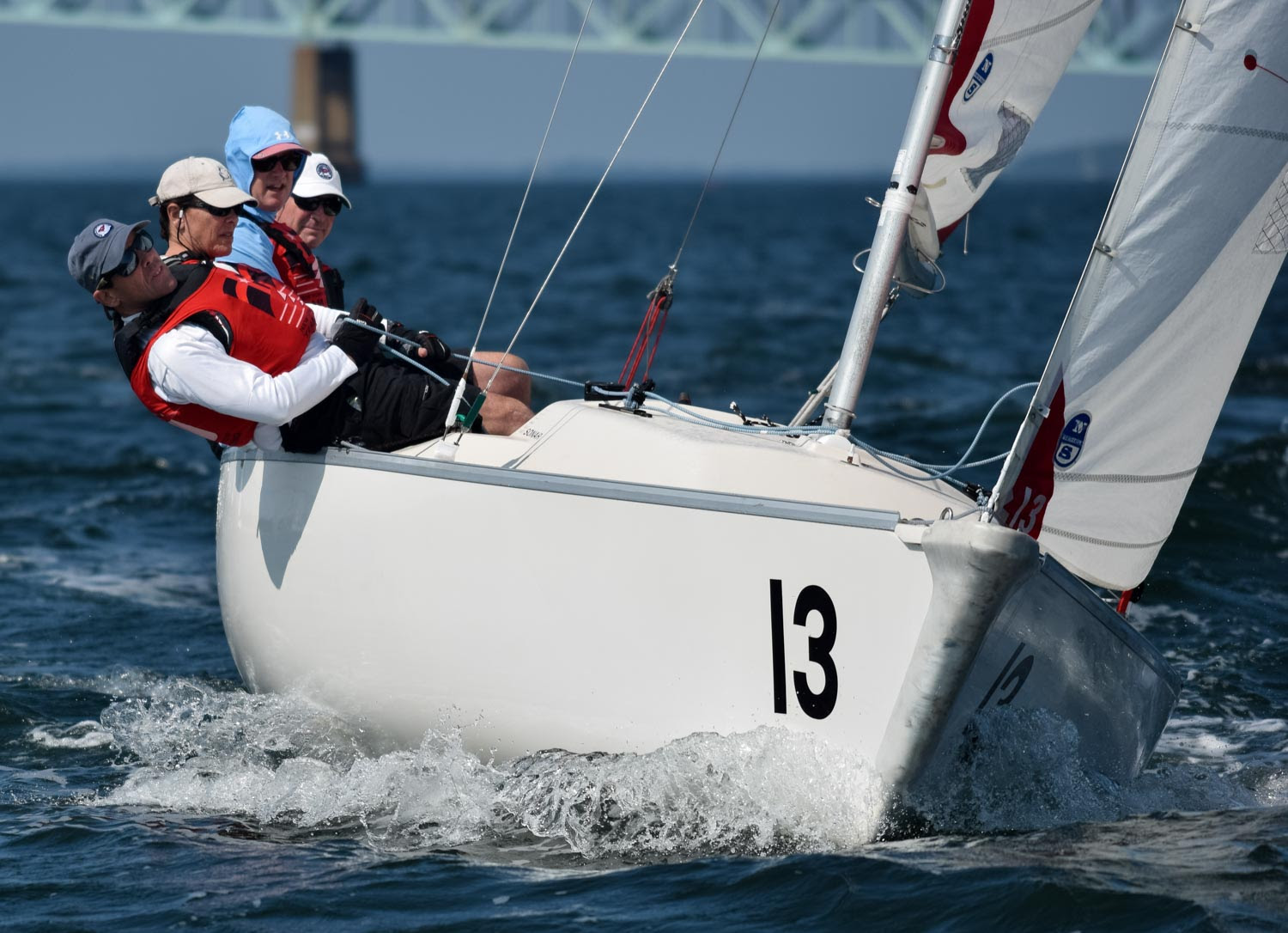 Originally the Grandmasters regatta was sailed three-on-three in Sonars with just the jib and main. This year, in a nod to the increasing competitiveness of the event and skill of the sailors, spinnakers were used in light and moderate winds.

“I think it just made it a better regatta for everybody,” says Moore (top photo, at left in red bib) “When the wind was light, everybody got to use the spinnakers and when the wind came up we all put them away. We would’ve been used to [sailing them in heavier winds], but most people would not have been. It would’ve added an advantage for people who have used spinnakers a lot before, so it’s a good thing we didn’t [use them in heavier air].”

With eight teams competing, including squads representing clubs from Louisiana, California and Sweden, there was little down time. En route to its win, the New York Yacht Club team sailed 31 won races, winning 25. 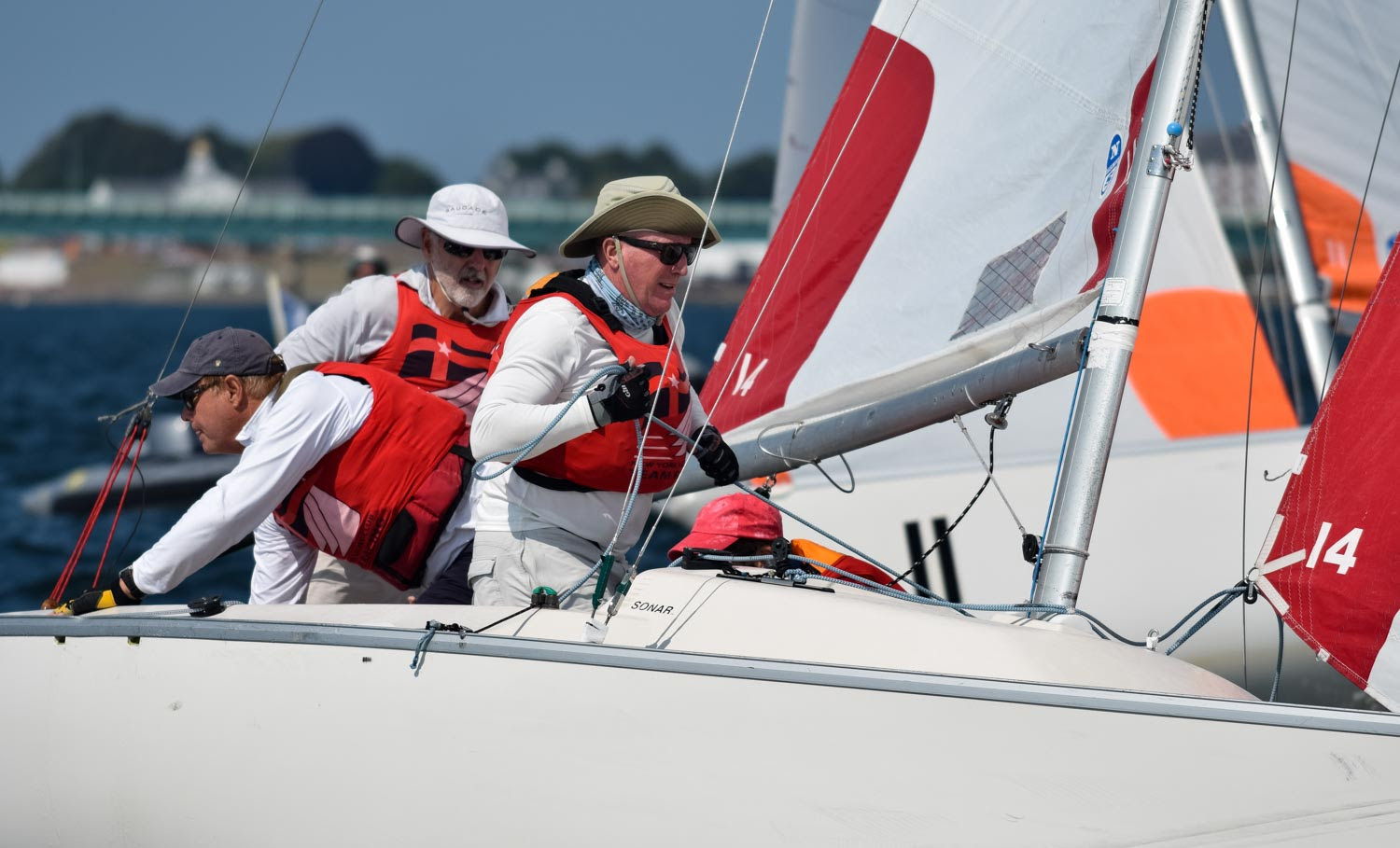 While New York dispatched St. Francis in two races in the semifinals, Southern came back from a loss in the first race to beat Newport Harbor 2-1 to advance to the finals. There New York proved too strong, however, taking the championship by a 3-1 score.

Noroton Yacht Club won the Grandmasters Regatta the first six times it was sailed. New York finally broke that streak a year ago. This year, in addition to the convincing win in the Grandmasters Team Race, the New York Yacht Club also won the Peter Wilson Trophy, which is awarded to the club that performs the best in all the grandmasters team races around the country. Is a new dynasty on the rise? Moore wouldn’t quite go that far.

“We have a deal at the New York Yacht Club that if we win a team race, we bring the same team back next year,” says Moore. “So we’ll be back with the same team in 2019. We’ll see how we do.” 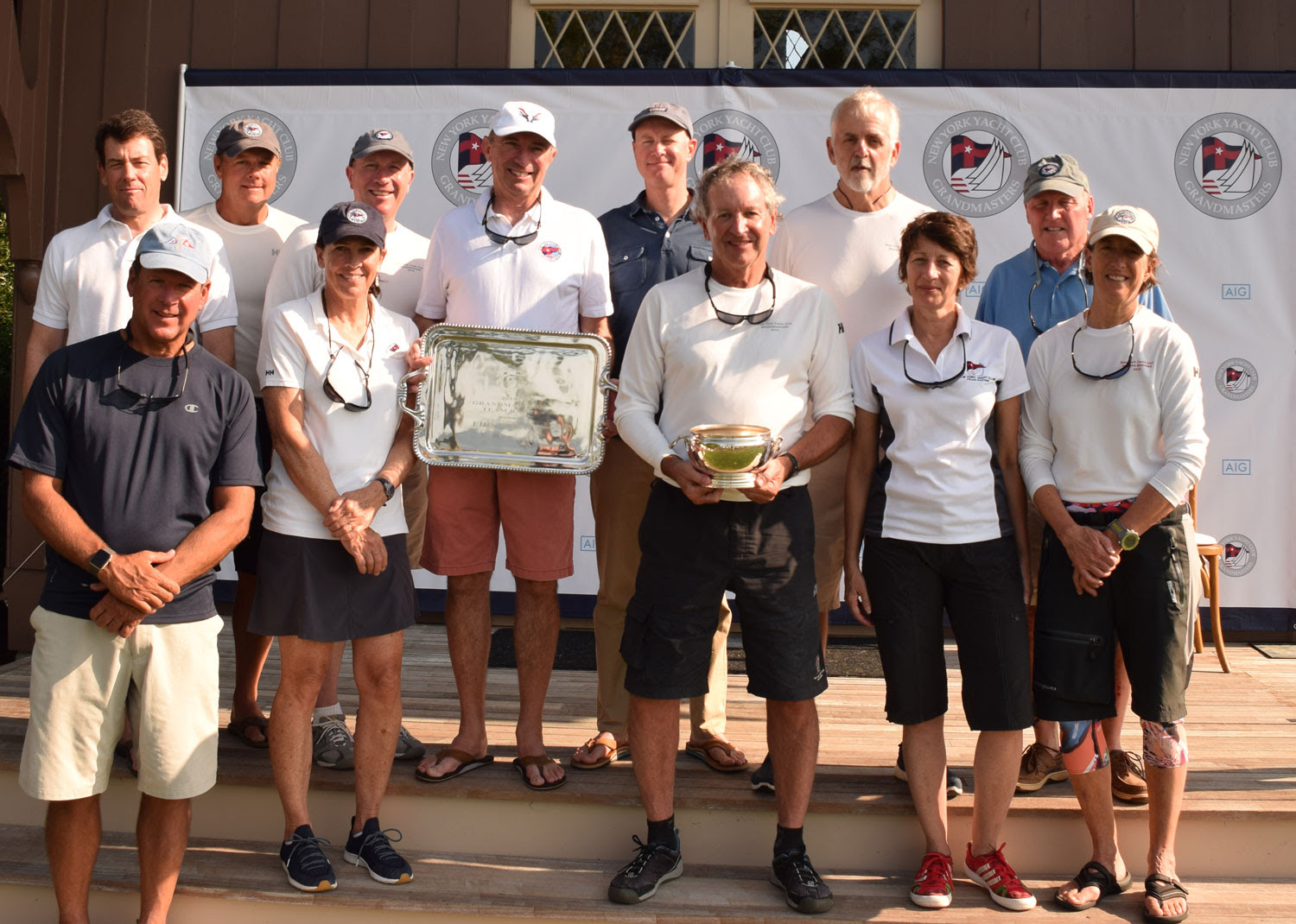