Carpionato Group announced today in a press release that it has closed on its purchase of the 23.5 acre Newport Grand property from Twin River, LLC. The purchase is of the building and property only, the Newport Grand gaming facility will move to a new site in Tiverton that is currently under construction, later this year.

In the press release, the company states “Property to be reimagined by Rhode Island-based developer committed to Ocean State”.

“This is a once in a generation opportunity to creatively reimagine this signature property as the gateway into Newport,” said Alfred Carpionato, Chairman and CEO of Carpionato Group in a prepared statement. “As a resident of Newport with a history of property development on Aquidneck Island I have often envisioned a more thriving, welcoming and visually appealing entry to the City by the Sea. Now as this opportunity has come to fruition, I am looking forward to creating jobs, economic growth and a destination truly special for both residents and visitors arriving to our historic and magnificent community.”

The Newport Grand property, located at 150 Admiral Kalbfus Road, is visible to everyone arriving in Newport as they exit the Pell Bridge, says the release. The building was originally opened in June 1976 as a Jai Alai fronton, in 1992 VLT (slots) were offered and it was renovated in 2008 to its present casino. Editor’s Note – Something To Watch:  In March, Sherman Publishing put the Newport Daily News building and their multi-acre parcel that is nearby Newport Grand on Malbone Road on the market for $5 million.

“We’re pleased that the new owner of the property intends to work collaboratively with the City and additional stakeholders in ensuring the highest use of this property, which was always our hope when we decided to try and move the existing Newport Grand operations to Tiverton,” said John E. Taylor, Jr., chairman of Twin River Management Group in a prepared statement. “We obviously will continue to operate Newport Grand until our new casino is ready to open, which we anticipate occurring in late summer/early fall.”

Carpionato Group, which recently completed the purchase of 31 former Benny’s locations encompassing more than 1-million square feet in three states, has a long history of development in Rhode Island and on Aquidneck Island.

“We recognize there is great community interest in what this property will eventually become and how it is reimagined,” said Kelly Coates, President and COO of Carpionato Group. “We are committed to actively working with the community and all key area stakeholders over the coming months to seek their input on how we can best reimagine this property to create a signature place that offers hospitality, restaurants, retail and innovative office space while spurring economic development on the island.”

Over the next decade, this property will become more prominent as the gateway into Newport and Aquidneck Island as the Rhode Island Department of Transportation reconfigures the roadways coming off the Pell Bridge.

“Today, property development is focused on the principle of placemaking. Its about creating truly unique places, where people go to spend time to linger rather than make a quick stop for an errand or two amidst a sea of asphalt,” said Joe Pierik, Vice President of Retail Leasing and Acquisitions for Carpionato Group, and a lifelong Aquidneck Island resident. “When completed, this redevelopment WILL enhance the area’s connectivity, safely bring together pedestrians, bikes and vehicles while creating a link to the North End of Newport that fits with the city’s comprehensive plan for mixed use development. It is truly a once in a lifetime opportunity.”

Carpionato Group anticipates beginning geo-technical work and other engineering site evaluation on the property within the next several weeks.

More On The Property

We asked area residents back in December 2016 what they hoped would happen to the Newport Grand property, and at that time they would likely tell you it should be retained as some sort of recreation, tourist or entertainment center. At that time, there wasn’t much support for retail, with sporadic mention of Whole Foods, Target or Walmart. Here’s what current Newport City councilors and candidates back in November 2016 thought should happen to the property.

Back in October of 2016, we reported The City and Twin River Worldwide Holdings were committed to working together to assure re-development of the property.

Newport Grand sits on 23 acres on the rise of a hill with spectacular views of the Newport Bridge, and in close proximity to the Naval Undersea Warfare Center. Part of the land on which Newport Grand is located, John Taylor, chairman of the board of Twin River Worldwide Holding said back at that time, had once been used as a landfill, which he said should not be an impediment to any future development. 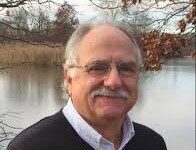 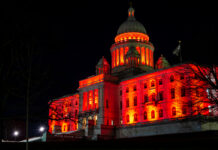