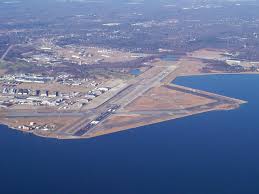 Standing outside Electric Boat’s Quonset Point facility and flanked by manufacturing workers, tradesmen and members of the Rhode Island Congressional Delegation, Governor Gina M. Raimondo announced a new infrastructure investment that will allow Electric Boat to accelerate the hiring of 1,300 new employees. Additionally, Electric Boat will begin construction to significantly increase the size of its facility at the Quonset Business Park – a project that will support more than 600 good-paying construction jobs. The expansion represents the second-largest Project Labor Agreement in state history.

Electric Boat is now manufacturing two Virginia-class submarines per year for the U.S. Navy, a production cadence not seen in decades. Further, EB was selected by the Navy to be the prime contractor on the Columbia class of submarines, which will require the company to expand its facilities, increase its supplier spending and hire new employees.

“Electric Boat is once again doubling down on Rhode Island,” said Governor Raimondo. “Because of our new job training programs, the work we’ve done over the last three and half years to make it easier to do business in Rhode Island and because we’re finally willing to invest in infrastructure, Electric Boat is hiring thousands of Rhode Islanders for good, stable manufacturing jobs. This new development will create new opportunities for thousands of Rhode Island families – people who will get great jobs building submarines and tradesmen who have good work building this new facility.”

“We at Electric Boat are looking out toward a bright future with the potential opportunity for substantial new work and accompanying growth,” said Jeffery S. Geiger, President, General Dynamics Electric Boat. “This investment makes it very clear to our U.S. Navy customer that Rhode Island is ready, willing and able to support our efforts to build a great submarine fleet.”

The EB expansion in Rhode Island is possible in part because of a $14 million investment from the State to improve and modernize the Quonset Business Park. The state is also committing $2 million in Rebuild RI tax credits and up to $18 million in sales tax exemptions. These incentives will support a 1.3 million square foot expansion of manufacturing space – roughly half of which will be new construction – at Electric Boat’s Quonset Point site with an expected capital investment by the company of $792 million.

Electric Boat also announced today that it will participate in the Supply RI initiative. Supply RI commits the state’s largest employers to do more business with local vendors and contractors. Governor Raimondo announced the new Supply RI program in her State of the State address earlier this year. Electric Boat is the 12th employer to sign on.

“These submarines are critical to the defense of our nation. I was pleased to help the U.S. Navy ramp up submarine production and I am pleased Electric Boat is accelerating its hiring efforts here in Rhode Island. This announcement is yet another sign of Electric Boat’s important and growing presence in our state. I commend Governor Raimondo for working to forge a great partnership between the state and Electric Boat,” said Senator Reed, the Ranking Member of the Senate Armed Services Committee, and a senior member of the Defense Appropriations Subcommittee, who worked to ensure that sufficient resources are provided to the Navy to sustain the to 2-per-year construction of the Virginia-class submarines, to develop and build the Virginia Payload Module version of these boats, and to keep the Columbia-class program on schedule, which is critical to replacing our aging Ohio-class strategic deterrent submarines. “I’m proud to have secured an additional $225 million in the FY18 Omnibus Appropriations law that will help the Navy and Electric Boat expand the submarine industrial base and improve the readiness of critical suppliers so they can produce and deliver components for both submarine programs. This helps keep these programs on schedule, but also helps keep the production machines and tools running at the suppliers across our state.”

“The recent budget deal I supported included billions of dollars to invest in new state-of-the-art submarines that will be built in part right here in Rhode Island,” said Senator Whitehouse. “Governor Raimondo is investing in Electric Boat’s long-term future at Quonset to ensure our national submarine program will continue to create good-paying, middle-class jobs for Rhode Islanders of all skill levels. Our unions are embarked on a significant Project Labor Agreement with Electric Boat. Progress is everywhere.”

“I have long pushed Congress to strengthen our Navy’s submarine fleet, and today’s workforce and infrastructure investments will both enhance our national security and improve our job market. I applaud Governor Raimondo for investing in Rhode Island manufacturing and catalyzing Electric Boat’s increased production of these next generation submarines,” said Congressman Langevin, a senior member of the House Armed Services Committee and the Seapower and Projection Forces Subcommittee. “Today’s announcement will pave the way for the hiring of more than 1,000 high-skilled workers and will support the long-term growth of our state and economy.”

“This is a big win for Rhode Island. Today’s announcement means better jobs, better wages, and a better future are now within reach for hundreds of working Rhode Islanders,” said Congressman David Cicilline, who recently voted to provide more than $5.4 billion for the Virginia Class Submarines constructed by Electric Boat. “Now, it’s critical that we build on this momentum. We need to make sure that every Rhode Islander has the opportunity to earn a good paycheck, provide for their families, and realize the American Dream.”

Immediately after taking office, Governor Raimondo took steps to completely revamp Rhode Island’s job training and economic development programs. The Real Jobs RI initiative provides Rhode Islanders with training opportunities to develop the advanced manufacturing and welding skills needed to compete for the thousands of jobs Electric Boat has created and will create in the years to come. Electric Boat’s Real Jobs partnerships include a program at Coventry High School, courses at the newly created Westerly Higher Education Center, and a collaboration to train mid-career Rhode Islanders in new careers at Skills for Rhode Island’s Future, among others.

“We are pleased that Electric Boat is doubling down on Rhode Island and committing to the creation of over 1,300 high quality, well paying jobs,” said Rhode Island Commerce Secretary Stefan Pryor. “The defense industry is very important to this state, generating more than seven percent of our state’s GDP and creating more than $2 billion in income for R.I. households. This investment by Electric Boat further strengthens the defense sector in the Ocean State. We thank Electric Boat for this vote of confidence in Rhode Island, and we look forward to helping the company and its workforce continue to succeed here.”

“A few weeks before Governor Raimondo took office, we celebrated a milestone of reaching 10,000 jobs at Quonset Business Park. Today we are rapidly closing in on 12,000 – growth of nearly 20 percent. These Quonset jobs include one out of every seven manufacturing jobs in the state,” said Steven J. King, managing director of the Quonset Development Corporation. “Today we celebrate an exciting development for our largest Quonset tenant, Electric Boat. Thanks to the Governor’s leadership, EB is set to make a major investment in new facilities and significantly expand its workforce. As EB prepares to expand, Quonset is excited for another double digit leap in Park employment in the near future.” 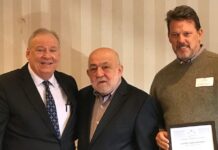 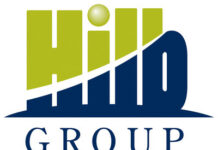