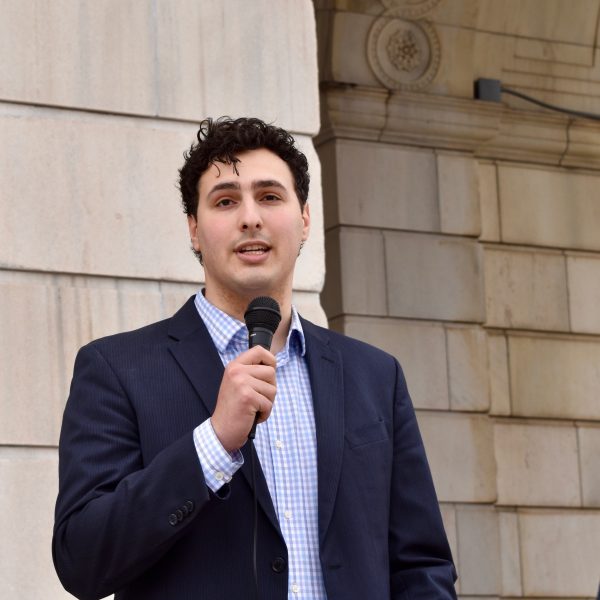 At 27 and in only his second term in the state House of Representatives, Aaron Regunberg, a progressive Democrat, has seen enough. He sees a Statehouse dominated by wealthy and influential lobbyists, with no one advocating for the common Rhode Islander, a job he thinks should be assumed by the lieutenant governor. He wants to become what he calls that “independent public advocate.”

But to do that, he’ll need to unseat the current Lieutenant Governor, Dan McKee, in a Democratic primary election that the Boston Globe sees as among the most interesting and hotly contested races in New England.

The 65-year-old McKee, a former six-term Cumberland mayor, has proven popular among traditional Democrats, using his office to be an advocate for small business, sometimes clashing with Regunberg, a prime mover of legislation guaranteeing sick leave for many Rhode Islanders and supporting increases in the minimum wage.

Over the next several weeks we’ll profile each of the candidates for the most competitive statewide races in the 2018 election. We recently had an opportunity to sit with Regunberg and learn why he is unwilling to wait for what some old-line Democrats say will be “his turn.”

A Brown University graduate and a community organizer, Regunberg is devoting virtually full-time to his campaign for lieutenant governor. Through the reporting period ending Sept. 30, he had raised more than $210,000 in campaign funds, triple what McKee had raised.

He brings to the race a youthful voice, and a believe that “real change is possible.”

“I’ve been in state government now long enough to know that the system needs change,” Regunberg said. “I have seen firsthand how in the statehouse, lobbyists paid by the most powerful, wealthiest groups …. they are always present, in every room, every hallway, every fundraiser, pushing their case.

“The only way we’re going to change that is to bring the people’s voice to the statehouse,” he said. “Big change is possible when voices from the community actually have a say in the decisions that impact them…my job is to be the people’s lobbyist.”

He said he ran for office because he felt he could make a difference, running and winning the East Side of Providence seat (District 4) once held by Gordon Fox, the Speaker of the House who was convicted on bribery charges and spent two years in prison before recently reporting to a halfway house in Pawtucket.

Regunberg had founded and became executive director of the Providence Student Union, an organization he describes as empowering young people, and bringing about meaningful change in Providence schools, including healthier lunches, free access to transportation, and a better approach to standardized testing.

Since his election to the General Assembly, Regunberg has supported efforts to expand renewable energy, increase the tipped minimum wage, and mandate sick leave for some 100,000 Rhode Islanders whose companies did not provide paid sick leave.

As lieutenant governor he hopes to expand on his legislative efforts, become the people’s advocate, work on guaranteeing access to healthcare, transition to 100 percent clean energy, support a woman’s right to choose, defend “hard working immigrants,” and support public schools.

On some intense issues, he said: